Javelin missiles have been pulled from US military inventory to be sent to Ukraine. Ukraine needs a steady supply. Photo credit: Adapted by WhoWhatWhy from US Army, ЦБ РФ / Wikimedia, and ЦБ РФ / Wikimedia.
International

Should Seized Russian Assets Be Weaponized Against the Russian Invaders?

The US has authorized about $30-40 billion for Ukraine so far. It’s estimated there’s at least twice that much sitting in the frozen Russian reserves — and possibly much more.

Probably everyone, Republicans included, would rather see Russian money going to help Ukraine than US tax dollars. This is an issue both Democrats and Republicans could unite over.

What if the Russian government’s foreign assets, now frozen in much of the world, could be seized? What if they could be spent on fixing the damage that country’s invasion of Ukraine caused?

The other day, I spoke with Jamison Firestone, a crusading London-based American lawyer with a long track record of battling Russian and Russian-oligarch corruption. Firestone briefed me on what’s going on.

Basically, the Ukrainian government, never shy to suggest creative options, is pushing for this. President Volodymyr Zelenskyy has put Deputy Minister of Justice Irina Mudra in charge of the initiative, and she’s working closely with the first lady, Olena Zelenska.

Various governments are beginning to explore whether it would be legal, practical, feasible, and desirable to take this bold step.

It’s important to distinguish between Russian state assets and those of private individuals, the so-called oligarchs. It’s much easier to get legal approval to seize and utilize official funds.

A US House bill to seize the property of Russian oligarchs was criticized by the ACLU over an alleged lack of due process. It is very hard to prove who actually owns what, especially since most such assets are held by offshore shell entities. Under US law, the government would have to prove ownership and that the money itself was stolen or otherwise dirty. That’s a heavy lift.

In any case, there’s some movement.

Canada may be the furthest along. This June, it became the first country in the world to authorize redeploying both state and oligarch assets to help Ukraine. But Canada hasn’t moved beyond that symbolic action and seems reluctant to do more before the US does, even in the case of state funds.

Other countries are watching but, like Canada, seem to be waiting for the US to act.

US officials, Firestone told me, are making noises that current US laws would not permit the seizure and use of any frozen assets. However, Harvard’s Laurence Tribe believes they do — and said so publicly, early this year, offering persuasive documentation.

Of course, Ukraine will need help with reconstruction, but first there is the matter of the war itself. Could Russian funds be deployed to defeat the Russians? Tribe says yes. 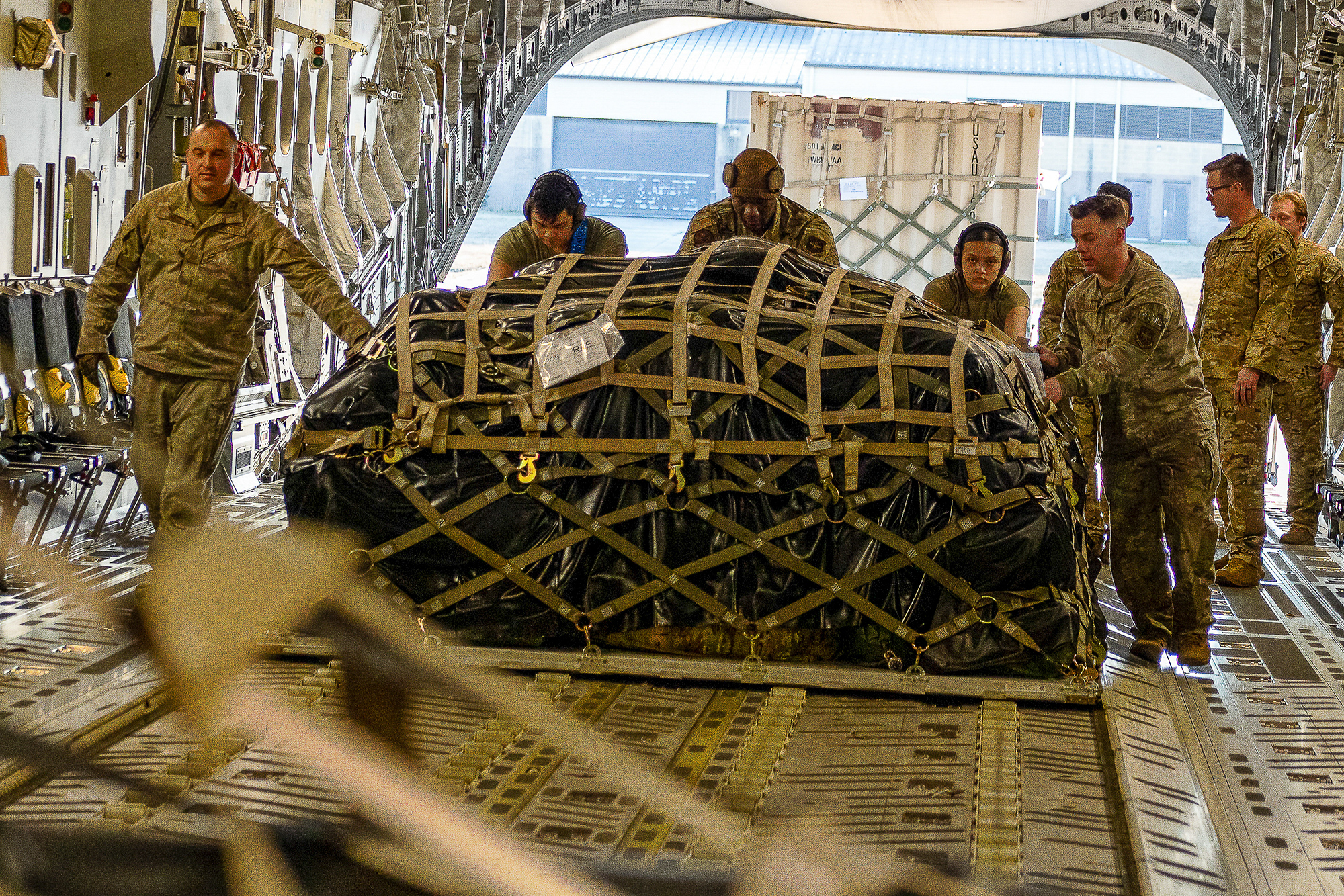 Could Russian assets be used to fund aid for Ukraine? Photo credit: US Air Force

Some uses of the Russian money will be clearly easier to approve than others.

“The big question is: ‘To what extent would it allow buying weapons?’” Firestone noted.

Currently, foreign countries provide around $2 billion a month to the Ukrainian government to cover its costs, which includes everything from teacher salaries to pensions. But obviously the country faces constant, unanticipated costs from the war.

Every time a Russian missile or bomb takes out a power plant, a huge new expense opens up. The needs are endless: medical care, humanitarian aid, food, rehabilitation of the wounded, removing landmines, rebuilding of houses and roads — and lives.

To administer all this, the Ukrainians imagine something modeled after the UN: a multilateral agreement among a number of participating countries, a compensation fund, a commission that decides how to disburse the funds.

The UK has frozen somewhere around $30 billion in Russian assets, but special legislation would have to be passed before Russian central bank assets can be seized and distributed.

Country by country it’s complicated, and would have to fit into a framework both of EU law and the laws of each country. France and Germany are the biggies, with roughly $75-90 billion of Russian money frozen in each.

But a law giving the president the authority to seize central bank reserves could be promulgated quickly.

One possibility is to pass a generic bill that would allow governments to seize the assets of an aggressor meeting certain conditions, for example, committing war crimes or human rights abuses. (Though one wonders how the US would feel if the shoe were on the other foot, and it were the one accused of illegitimate aggression as when it invaded Iraq to seize “weapons of mass destruction.”)

At the moment, it’s all about lobbying. Firestone has been urging the Ukrainians to have their best representative — Zelenskyy himself — make the pitch, very publicly, before the world.