Monkeypox Is Spreading — Better Mask Up

Last September, I posted a story with a title that still reflects a timely reality — “Other Bad Stuff Your Mask Keeps Out” — other than COVID-19, that is, which, at a reported 100,000 new cases a day, is not yet through with us. But, as I had written, “Other nasty stuff is just a plane ride away.” And now it could be even closer.

One of the other nasties described in the article is monkeypox virus. And it is back:

The nature of its recent spread is mysterious. More than 450 cases have reemerged in Nigeria after 40 years with no reported cases, and, in the UK and France, dozens have been infected — with no travel links to Africa. Which means, apparently, it is spreading through the community.

“The fact that cases are emerging in several countries at once — with signs of ‘sustained’ transmission in people — is striking,” said Aris Katzourakis, a professor of evolution and genomics at the University of Oxford.

Though he expressed doubt the virus will spread quickly, he added, “The longer it continues, the more chance the virus has to mutate and improve its transmissibility.”

According to the CDC, human-to-human transmission probably occurs through large respiratory droplets or contact with body fluids or lesions, and indirect contact with lesion material through contaminated clothing or bedding.

Monkeypox may or may not spread very far in the US. And the person next to you may or may not have the virus — but how would you know?  And keep this in mind: It took only a handful of people to bring COVID-19 to the US, and look what happened: It spread far and wide, and so far around one million people in the US have died of it. Now we have the monkeypox to worry about.

So, as a man on a Hong Kong sidewalk angrily said to a tourist, “Just put on a f*cking mask!”

Here is my previous article:

Hospitals are bursting at the seams with unvaccinated COVID-19 patients. Many will die and be transferred to refrigerated trucks discreetly waiting outside. More COVID-19 patients will instantly fill the vacated beds.

Then along comes a hurricane, or flood, or fire, that sends more victims to the hospital.

Adding to this hellish stew comes a power blackout, and you wonder if the hospitals’ backup generators will continue to keep lifesaving equipment working. What if they run out of fuel?

And what if you’re hit by a car, or have a heart attack? Or are bitten by a bug full of some infectious disease from the tropics — a bug driven by global warming to the US? (Go here and here for hair-raising stories on that subject.)

Would you survive in a place full of coughing people with health workers so exhausted they’re ready to drop?

Not a great time to need a hospital — for any reason.

Here’s some good news. There’s an easy way to prevent many of the problems that could land you in a hospital: As a man on a Hong Kong sidewalk angrily said to a tourist, “Just put on a damned mask!”

What can a mask do?

Remember the flu? There’s not much of it going around these days. Look at these amazing statistics from the CDC on flu in the US: In 2020-2021, there were only 1,675 cases. That’s in contrast to the 2019-2020 flu season, when there were an estimated 38 million cases. Doctors consider masks responsible for the dramatic drop-off in flu cases. Hand-washing and social distancing also helped. 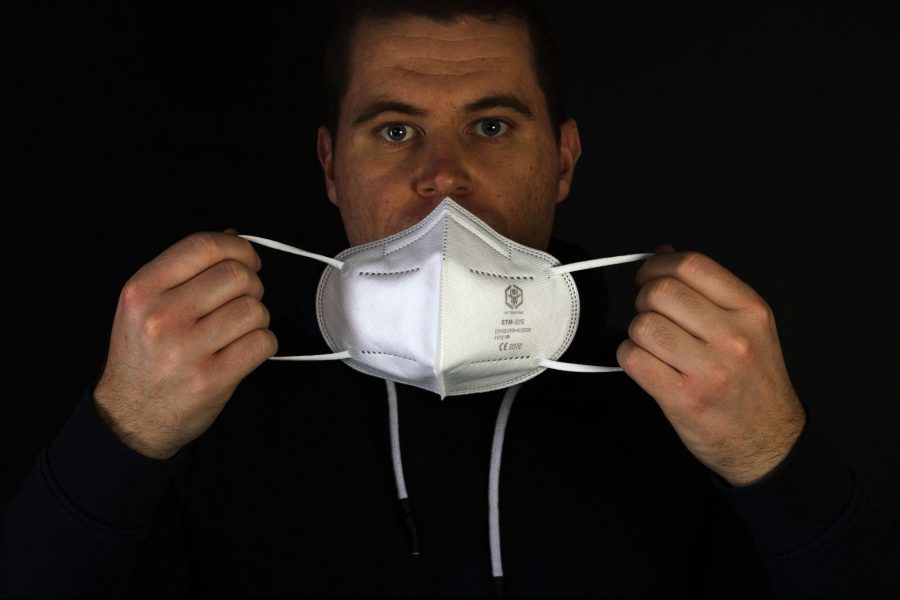 Masks have prevented the spread of many other airborne diseases, both viral and bacterial: measles, chickenpox, the common cold, pneumonia, strep throat, and ear infections, just to mention a few.

Many of the diseases that can be prevented by wearing a mask are debilitating and can even lead to death. Researchers at Princeton fear large outbreaks will return when masking and social distancing stop.

And then there are other diseases — some you’ve probably never heard of. What if they find you?

In early July of this year, a man boarded a plane in Lagos, Nigeria, flew to Atlanta, then caught another plane to Dallas. Soon after, he was in the hospital with something called monkeypox, a disease commonly found in central and western Africa. (It’s related to smallpox but not usually as serious.) The strain he had is fatal in about one out of 100 people but worse for those with poor immunity. Some strains can lead to death in one out of 10 cases.

Fortunately, his fellow passengers on both planes were all required to mask up. All were monitored for weeks afterward and, so far, none have been found to be infected.

Other recent cases have been documented in the UK, Israel, and Malaysia. In 2003 at least 71 suspected cases and 37 documented cases of monkeypox were reported in the US (different sources report different figures). The disease was transmitted by small animals imported from Africa to other animals in the US. The American animals that were infected included prairie dogs that were sold as pets. This time, what could have turned into an epidemic was pretty well contained.

Here is a frightening comment on the disease, however, that should give you pause: “Monkeypox is the most important orthopoxvirus infection in human beings since the eradication of smallpox in the 1970s. There is currently no proven treatment for human monkeypox, and questions about its potential as an agent of bioterrorism persist.”

More context: “Monkeypox is an emerging zoonotic disease (an infectious disease that is transmitted from animals to humans or vice versa) recognized as the most important orthopoxvirus infection in humans in the smallpox post-eradication era. … The disease has always been considered rare and self-limiting, however, recent sporadic reports suggest otherwise. Unfortunately, the collected data is limited, dispersed and often incomplete.” This was written in 2018.

Symptoms are flu-like: fever, chills, lethargy, aches and pains, and, unlike smallpox, swollen lymph nodes. It progresses to large, rounded lumps all over the body.

The disease is transmitted mostly through respiratory droplets but also through contact with skin lesions, bodily fluids, and contaminated materials such as clothing or bedding. There is no proven, safe treatment.

Due to international travel, more exotic diseases are making their way around the world — many of them poxviruses. A warning from Dr. Anne Rimoin, an epidemiologist at the University of California, Los Angeles:

We will likely continue to see increasing cases of poxviruses — not just monkeypox — because we have a worldwide decline in immunity to orthopoxviruses (a family of viruses that include smallpox, cowpox, monkeypox, etc.). We have already seen outbreaks of camelpox in India, ectromelia virus (mousepox) in Europe, and a case of a novel poxvirus infection in Alaska in 2020. Poxviruses are common in animals, and with the declining immunity to poxviruses, we should be closely monitoring them.

If monkeypox and other exotic viruses make their way into the US and other countries, it may make sense to revive the practice of vaccinating against smallpox. Data from Africa indicates that vaccination against smallpox also protects against monkeypox in at least 85 percent of cases. But in the US, routine smallpox vaccinations ended in 1972, based on the assumption the disease has been completely eradicated in the US. Even if you’re old enough to have been vaccinated, you’re no longer protected because the vaccine is effective for only three to five years.

So, again we urge you to wear a mask, keep your hands clean, and practice social distancing.

And ask yourself this: Did the US just dodge a bullet? What if passengers in those two planes carrying the man with monkeypox had not been forced to wear masks?