Contesting Statelessness in the Dominican Republic

Earlier this month marked the eighth anniversary of a controversial court ruling in the Caribbean nation of the Dominican Republic that stripped the nationality of tens of thousands of its citizens overnight. The law also annulled a myriad of other rights and protections. Aimed at those of Haitian descent, notably citizens who originated from the western side of Hispaniola, the island jointly shared for over four centuries by what are today Haiti and the Dominican Republic, this was the result of longstanding prejudice and discrimination.

Large-scale migration has historically occurred between Haiti and the Dominican Republic. Fueled by political instability and economic hardship, many Haitians have migrated to the Dominican Republic since the early days of the 20th century, primarily to work on sugar cane plantations, or “bateyes.” Roughly two-thirds of Hispaniola constitutes the Dominican Republic which, with over 10 million people, commands the largest economy in the Caribbean and Central America. The western third forms Haiti which, in contrast to its neighbour, stands largely economically destitute. Many Haitians seek to migrate every year, now mainly to the United States or Canada.

While the relationship between the two countries, which have a relatively open border for local market trade, has been fraught since Haiti’s independence in 1804, it was during the Rafael Trujillo dictatorship from 1930–1961 that anti-Haitianism became ingrained in the Dominican psyche. Trujillo embarked on an ethnic cleansing campaign to make the primarily Spanish-speaking Dominican state racially “pure.” In 1937, he ordered the massacre of Haitians on the border. As many as 15,000 were slaughtered. Anti-Haitian sentiments and egregious human rights violations continue to this day.

On September 23, 2013, a watershed court decision announced the retroactive exclusion of all Dominicans of Haitian descent from citizenship, regardless whether their descent dated back several generations or less. This time, it was not genocide that was committed, but “civil genocide” through the stripping of an integral part of one’s identity — one’s citizenship. 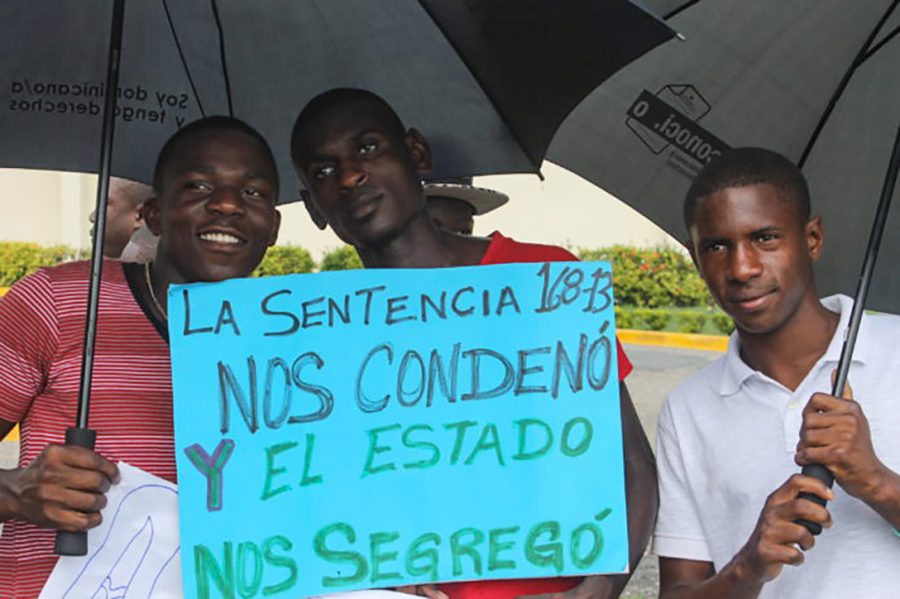 Turning A Planetary Threat Into a Local Opportunity

While many Haitian Dominicans appealed the decision resulting in partial remedial legislation adopted in 2014, over half of the 130,000 people originally affected by the court ruling still endure disenfranchisement and exclusion. Without documents, they cannot secure basic services, including access to social protection. The well-documented effects of this statelessness are manifold, with far-reaching impact, such as the refusal by the government to issue marriage or birth certificates or even driver’s licenses, all of which are critical for a citizen to exist.

The COVID-19 pandemic has not only exacerbated these preexisting inequalities but ironically undermined the government’s own efforts to curtail the virus. Those without documentation, for example, have been unable to benefit from emergency social protection programs, including economic stimulus and food packages. Nadia, a 25-year-old stateless woman and mother of three, laments: “Any kind of [government] help goes to those with documents, and those without get nothing. … If I had my ID, I would be getting funds and food for my children.” Critics have argued that in order for government efforts at controlling the pandemic to succeed, all residents need to be vaccinated.

Given the anti-Haitian discourse that prevails today, it is hardly surprising that the official government line on vaccine roll-out was that only Dominicans, and not “illegal” migrants or stateless people, would be included. This automatically excluded those without documentation — a large swath of the population — thus undermining public health imperatives. As the World Health Organization (WHO) has pointed out, effective immunization can only work if all members of the population, regardless of citizenship, are included in vaccination programs.

This was a classic example of vaccine nationalism on several levels. Referred to by WHO as a “me first” approach, this describes states competing against each other to secure vaccinations for their own populations. Yet vaccine nationalism also operates locally through the adoption of a “citizens first” approach in distributing the vaccine, where noncitizens, including some of the most vulnerable, are left behind.

Controversially, President Luis Abinader, who is of Lebanese descent, a minority granted full citizen’s rights if born in the Dominican Republic, negated his government’s responsibilities by stating that vaccinating non-Dominicans was not his problem, thus shifting the onus onto international bodies such as the WHO. 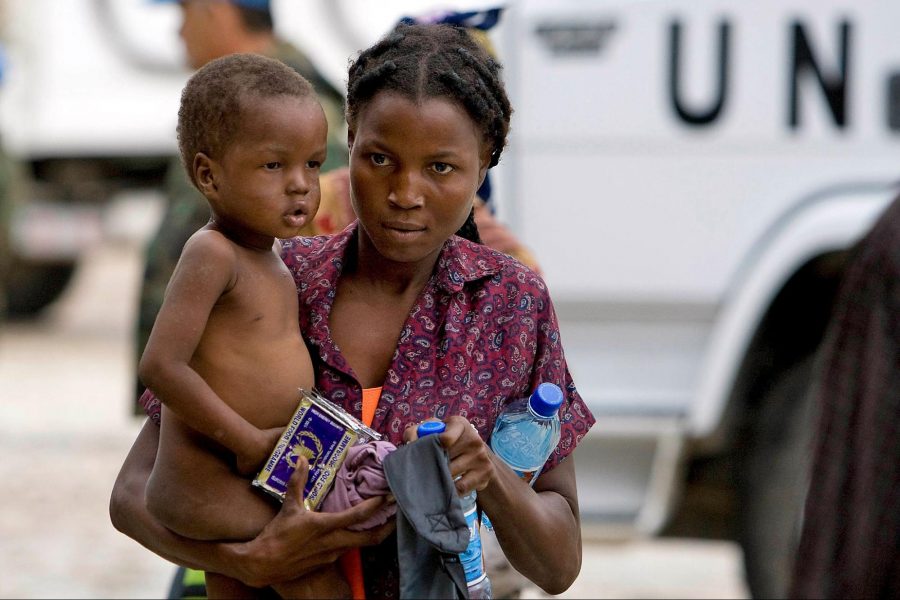 The overwhelming majority of Haitians are unable to make a proper living because of poverty, poor agricultural conditions, lack of basic resources, and disasters such as earthquakes and hurricanes. Over 3.5 million Haitians are considered part of the Haitian diaspora. Every year, thousands more seek to emigrate to countries such as the United States, Canada, Dominican Republic, Cuba, Bahamas and France. Photo credit: United Nations Photo / Flickr (CC BY-NC-ND 2.0)

Various community responses, however, have sought to contest this nationalist, anti-migrant discourse. One community-based organization on the southern part of the island managed to persuade local government officials that residency, name, and age were sufficient proof for vaccination. This was possible because vaccines are distributed by local authorities, with little central oversight. This was the first small victory, allowing some without Dominican documentation to receive their shots.

In the meantime, quiet advocacy led by the Caribbean Migrants Observatory (OBMICA) resulted in a high-level meeting with government officials. This led to a much larger victory: official acknowledgment of the failure to include stateless people and migrants within the vaccination plan, a commitment to universal vaccine access, and a concrete plan to achieve this. Consequently, OBMICA is officially partnered with UNICEF and COVAX — which focuses on vaccinating vulnerable, hard-to-reach populations.

These victories are a testament to what can be achieved through a combination of tireless advocacy and the mobilization of community-based organizations. Yet this anniversary of judicially induced civil genocide should also be marked by acknowledging the deep, irreversible, and ongoing human cost of mass citizenship deprivation. We must ensure that vaccine inclusion is a first step towards sustainable, long-term inclusion and justice. The pandemic has highlighted that we can — and must — do better. The adage “never let a good crisis go to waste” has never been more relevant.

Bridget Wooding is Director of the Caribbean Migrants Observatory (OBMICA), while Ottoline Spearman is Research & Policy Assistant at the Institute on Statelessness and Inclusion.