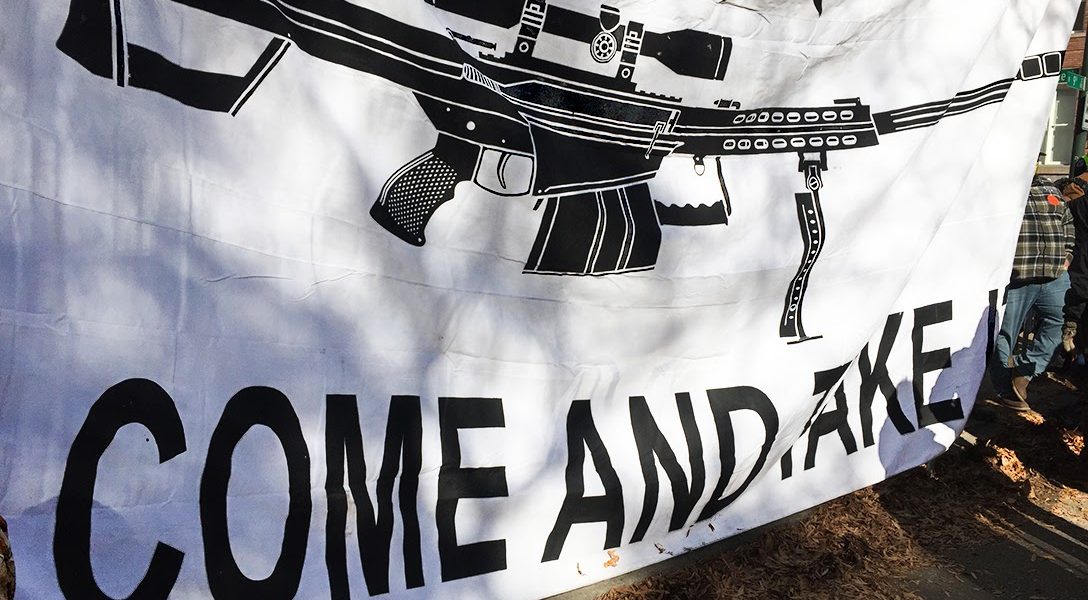 Note to the Gun Lobby: Try to Aim Higher

RICHMOND — The thousands of gun rights activists who filled Virginia’s state capitol grounds on Monday describe themselves as “Second Amendment patriots” eager to defend democracy. But the first thing you noticed about them was an implied contempt for democracy, at least as most people understand the term.

There was no shortage of placards and banners expressing variations on what appeared to be the event’s grand theme: “Come and take it.” As in, confiscate our guns and we’ll make you regret it.

“If you have to give them your guns,” shouted one marcher to nods of agreement, “give ’em the ammo first.” Get it? OK, but what if a legitimate democratic majority were to succeed in, let’s say, renewing the federal ban on assault rifles? Would you ignore the ban or threaten those who try to enforce it? What sort of patriot would that make you? If you mean what you imply, in what sense are you upholding democracy?

The element of menace in much of Monday’s messaging showed a pronounced disregard for what other interest groups would consider bad optics. “Guns save lives” stickers are one thing; “We will not comply” and “We came unarmed this time” are quite another. What does that mean for next time? By noon or so, when it was clear all would go peacefully, there was a palpable degree of sneering at the emergency decree issued by Democratic Gov. Ralph Northam barring weapons from the capitol grounds, a precaution prompted by reports of armed militia groups planning to make trouble. That left the small army of highly armed participants milling about the surrounding streets like those intimidating guards you see at European airports, except in overalls and Stonewall Jackson beards. While gun rights was the main theme, there was plenty of flak for leftish figures. Photo credit: Chris Gay / WhoWhatWhy

“So how about that state of emergency?” said a woman to no one in particular, prompting snickers of derision. You could sense the spot consensus: Woke liberals had overreacted, as usual. Northam and the anti-gun constituency had merely wanted to stigmatize the event in advance and scare off attendees.

Maybe, but it’s not unreasonable to take precautions when aggressive men with guns are coming to town loaded for bear, so to speak. Virginia is an open-carry state, so the clusters of patriots bristling with assault rifles and Don’t Tread On Me flags was less provocative in Richmond than it would be on, say, the Upper East Side of New York. But at a moment when everyone is fretting over polarization and the increasing ugliness of public discourse, the calculated provocations even of faux live-free-or-die militias don’t help matters. Lightly veiled threats were a common theme, as was the association of gun control with tyranny. Photo credit: Chris Gay / WhoWhatWhy