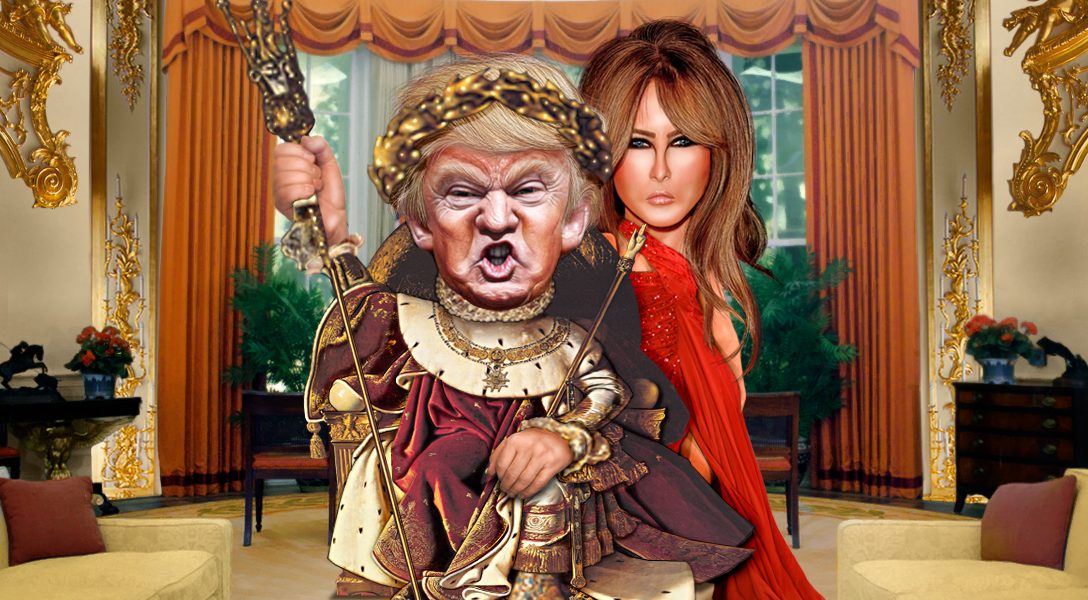 Who Will Speak Truth to Donald Trump?

Mitt Romney said in a letter to the editor published in the Salt Lake Tribune that he was “more than a little surprised” that President-elect Donald Trump reached out to him to discuss the possibility of the 2012 GOP nominee becoming Secretary of State. Romney believed this to be “a welcome sign that he will be open to alternative views and even to critics.”

If only there were any indication of that being the case. Instead, all signs point to Trump surrounding himself with people who agree with him or whose opinions he can easily disregard if they conflict with his own.

While we could make a lot of quips about Trump being a mere puppet of Vladimir Putin, the fact is that he will be the world’s most powerful person on January 20th — even though Forbes magazine recently bestowed that honor on the Russian leader.

The question now is how Trump, who will be the least experienced White House occupant in generations, will wield that immense power.

There are plenty of reasons to be concerned. Of Trump’s top six appointments, only one, prospective Attorney General Jeff Sessions, has more civilian government experience than Trump, who has none. Chief of Staff Reince Priebus lost the only race for state office he ever ran, Rex Tillerson (State) is an oil executive, James Mattis (Defense) and Michael Flynn (National Security Adviser) are retired generals and Steven Mnuchin (Treasury) is an investment banker and executive.

In other words, Trump has largely surrounded himself with loyalists with no government experience. To be clear, there is nothing wrong with either. Trump has to rely on his cabinet and advisers to help him run the country, so he needs to trust them. And government outsiders, such as executives, generals, scientists, doctors, etc., can play a valuable role in providing new perspectives.

But it is entirely unclear whether anybody will dare to speak truth to power in the new administration. And even if somebody did, there is no indication that Trump will listen.

Last week, he dismissed the findings of the entire intelligence community that Russia had influenced the US elections and said because he is “smart” he will not need daily intelligence briefings. On the campaign trail, Trump announced that he knows more than the generals about ISIS.

Famously thin-skinned, Trump also has a long history of going after critics and dissenters as well as real and perceived adversaries — either by threatening to take them to court or, most recently, by tweeting about them and unleashing a horde of alt-right trolls to go after such enemies.

There is lots of evidence that Trump will only listen to Trump. And “truth” is not his strong suit. There has never been a candidate who has said as many demonstrably false things as he has. Appallingly, this barrage of untruths helped get him elected.

World affairs, however, is not an election or a reality TV show. Facts matter when dealing with  international partners, adversaries and crises. Somebody needs to tell Trump that he won’t be able to bullshit his way through the situation in Syria, an economic crisis or a trade war with China.

But who would risk that? Instead, it seems as though his advisers, such as Steve Bannon or Kellyanne Conway, are simply trying to steer and manipulate Trump to do their bidding.

As to what Romney called a “welcome sign,” sometime Trump adviser Roger Stone has a different take on what transpired: “Donald Trump was interviewing Mitt Romney for Secretary of State in order to torture him.”

Have you compiled actual stats on this? If so, I would like to see them. Else I will assume you are just being melodramatic and my opinion of Who What Why will (continue to) drop accordingly.

Russ – please listen to your readers and return the site to being about your (outstanding!) forensic journalism.

We have noticed that many, many people, whether fans of one candidate or the other, one party or the other, one ideology or the other, are very prickly when their favorite ox gets gored. We have zero interest in catering to any of them. But we do wish them good luck finding a site that better meets their needs.

You are misinterpreting. I feel like you are portraying my comment as “Mackenzie is a Trump supporter and is getting upset that Who What Why is criticizing Trump”.

I was not (and am not) a fan of any of the candidates. (I know they’re all bad). Having said that, I am not willing to accept *at face value* statements like “There has never been a candidate who has said as many demonstrably false things as he [Trump] has”. I hold Who What Why to a higher standard.

I have to say that I’m a little disappointed in “But we do wish them good luck finding a site that better meets their needs”. I hope I’m the one now who is misinterpreting but I feel like you’re saying “Who What Why doesn’t have to back up the statements it makes because if you don’t like what we say – go elsewhere”.

In short, I again ask for Who What Why to cite their facts to back up statement: “There has never been a candidate who has said as many demonstrably false things as he [Trump] has”.

Who spoke truth to Obama the last 8 years ? Certainly no-one in the press, as the gun-control touting Nobel Peace Prize winner: Obama sold more weapons around the world, arming the planet to its teeth, in his 8 year reign as top broker to the US military industrial complex, more than any President before him and twice as much as Bush/Cheney.

Trump has shown that despite his campaign speech ignorance in certain matters, like climate change or even Obamacare, that he can listen to reason and change course as evidenced by his meeting with Al Gore and saying he will retain the good parts of Obamacare.

I’ve just donated to this blog. I certainly hope all do the same!
Merry Christmas!Peace!

Unfortunately, our culture has apparently decided there is no such thing as truth anymore, only opinion and “fake news”, which apparently, is just another name for news you don’t like, now the Trumpies adopted the idea. We are entering a time of great danger to our republic and I don’t blame any one person or organization for it.

Hey Russ, your website has gone downhill lately. How about we stick with your fantastic research into news and truth and forget about these opinion pieces? There are plenty of other places to get those without ruining your great reputation. I don’t give a rat’s backside about Trump, Clinton, Republicans, Democrats, or opinions about any of the above. I come to your website looking for news about what has happened, not guesses about what is going to happen.

If u don’t give a rats,why r u here interfering and opinionating?

I fully agree with you, Axel.

Well, “what happened” was “Trump, Clinton, Republican, Democrats” — and you
don’t give a rat’s backside” about any of that, so I’m afraid we won’t be able to help either of you out to your satisfaction. Thanks anyway.

“Well, ‘what happened’ was ‘Trump, Clinton, Republican, Democrats’ — and you don’t give a rat’s backside’ about any of that'”

I’m not sure what you mean by this. We don’t care about what exactly? Are you referring to “news about what happened”? In other words, Who What Why might uncover shocking facts (e.g. about the Boston Bombing) but it doesn’t gain any traction amongst people like Trump, Clinton, R’s and D’s? (side note – I don’t support any of the candidates and I believe all political parties are corrupt).