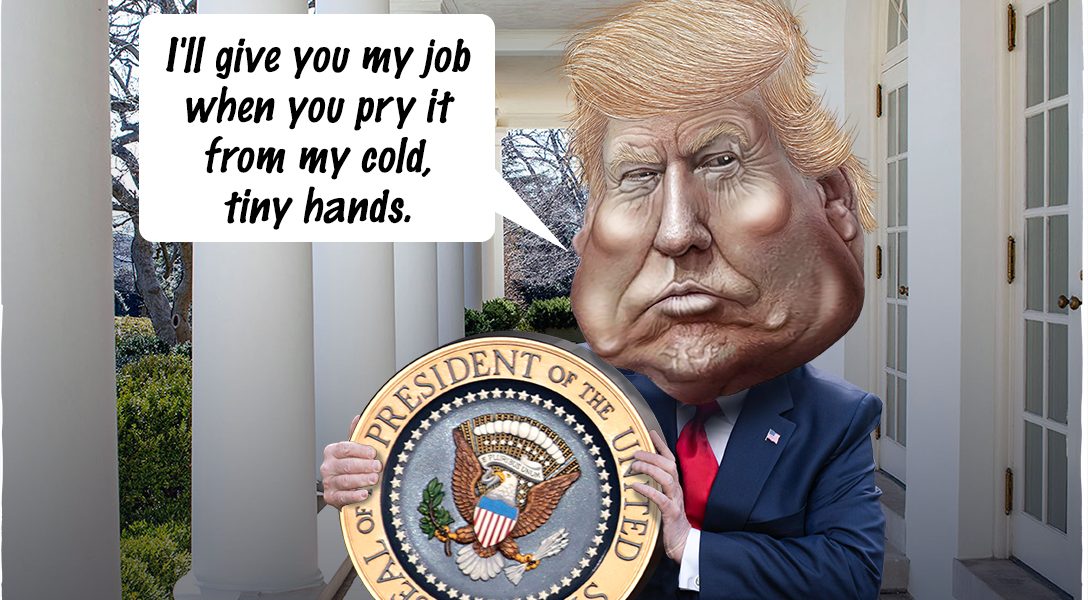 What Will Trump Do Next? We Already Know

What outgoing President Donald Trump is doing right now in order to cling to power may seem random and chaotic, but it is not. In the summer of 2019, WhoWhatWhy predicted all of it.

Back then, former editor Klaus Marre and images editor DonkeyHotey accurately forecast what the president, Fox News, congressional Republicans, et al. would do (and wouldn’t do) in the case of a Trump loss.

Some things are slightly different: Fortunately for the country, the election didn’t end up as close as we feared, so while the damage Trump is doing right now is significant, it might have been worse. In addition, there was no need for foreign actors to get involved with a disinformation campaign because Trump is doing their job for them right from the White House.

Finally, we had no way of knowing that there would be a pandemic, so we thought Trump would blame “illegals” voting, as he did to account for his 2016 popular vote loss — instead of mail-in ballots, his 2020 bete noire. Ultimately, it doesn’t matter, because we knew it would be something he made up.

So what’s going to happen next? Well, we are only to step 10 of the list we made back then, so if you want to know what Trump and his sycophants will do now, you’ll have to read below.