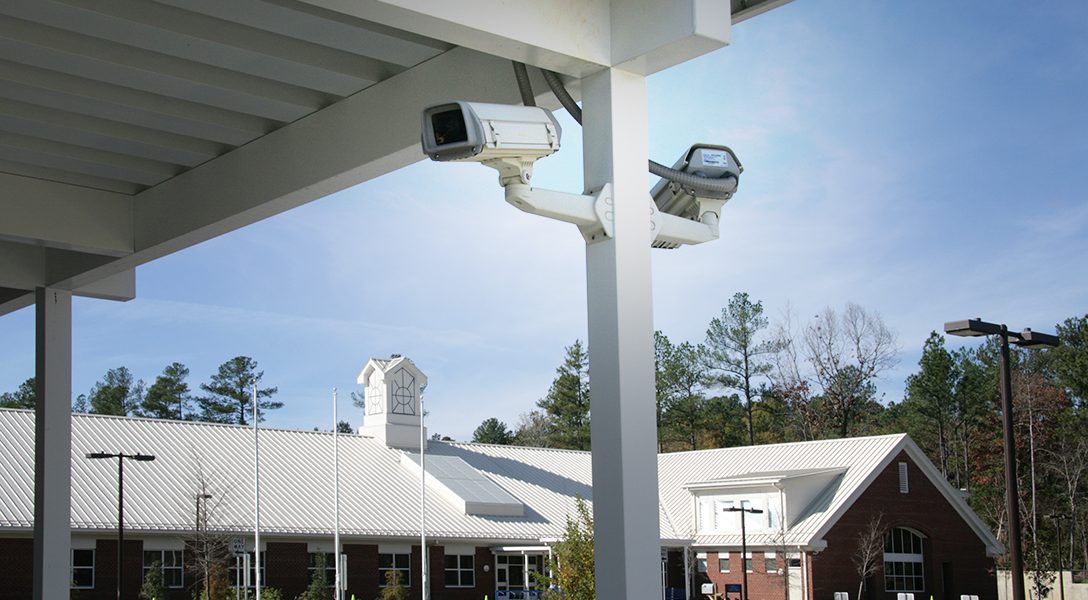 President Donald Trump wants to arm teachers, schools are now being designed specifically to make it more difficult for shooters to kill a lot of students, and parents are buying bulletproof backpacks to protect their kids. All of these measures have one thing in common: they are meant to thwart gun massacres — or at least limit their casualties — after they have already begun. In other words, they address a symptom but not the cause of the problem.

Other measures are supposed to prevent shootings just before they happen. For example, millions of students walk through metal detectors and pass surveillance cameras or security officers to get to their classrooms.

According to the National Association of School Psychologists, there is a downside to the use of metal detectors and extra police security. These things “may undermine the learning environment while not necessarily safeguarding students.”

All of the above are meant to address a top concern of children and their parents alike. Fifty-seven percent of US students, and 63 percent of parents, are worried about a shooting happening at school.

But in the wake of yet another school shooting, this one in California, and two more dead students, it is once again apparent that the current approach is not working in a country in which these events have become routine.

However, in addition to simply reducing the number, type, and availability of guns, there are things that can be done before another massacre happens.

One of these solutions is to arm teachers and staff — not with weapons, but rather with information on how to identify the type of student most likely to turn violent, as well as the skills needed to effectively communicate with them.

Still, some schools have been completely remodeled at a cost of tens of millions of dollars. They use winding hallways that create a short sight for a shooter, windows with stronger resistance against bullets, classroom doors that can lock on command through a teacher’s smartphone, and many more “upgrades.”

But physical security alone can’t stop the threat; it may just slow it down.

“If someone is really determined to commit an attack at a venue, failure to get inside the building doesn’t prevent the attack,” Peter Langman, an expert on the psychology of mass shooters, told WhoWhatWhy. “That is why I focus on threat assessment.”

He added that, generally speaking, the cheapest and most accessible approach is to train teachers to look out for warning signs from their students and to focus on those who are at risk.

Finding them does not take a lot of guesswork, Langman said. A team that specializes in that field would likely be able to identify students who might pose a threat.

Robin Gurwitch, a psychologist at Duke University Medical Center, agrees that school staff need to make connections with students. She told WhoWhatWhy that having a teacher, a cook, or any staff member in the school that a troubled student can turn to can make all the difference in the world. Gurwitch pointed out that this approach is not costly in terms of money or time. She added that parents should be involved in their children’s schools’ shooting-drill processes so they can help teach their children how to handle these situations.

The way schools are designed — apart from bulletproofing everything — can also make a difference in preventing a shooting before it ever occurs.

Julia McFadden is one of the lead architects of the Sandy Hook Elementary School redesign. She believes that a negative school environment can breed bullies. To have a positive environment — not just a “can-do” poster slapped onto a white concrete wall — could help improve students’ attitudes toward their classmates and education.

“It’s not about creating impenetrable, fortress-like environments,” she told WhoWhatWhy. The ideal would involve a workable holistic approach to a safer school campus.

According to McFadden, this means: 1) some physical structures in the schools to promote safety, like the familiar go-slow vestibules at all entrances; 2) close collaboration between city planners, police officers, and architects to create a “climate of safety in the community;” and 3) a safety protocol in place so that everyone — from school staff to first responders — is ready and able to handle an “active shooter”situation.

But redesigning all old schools is simply not feasible. Rebuilding Sandy Hook, the site of a massacre that left 20 elementary students and six teachers dead in 2012, cost about $50 million and took approximately three years to finish. That is a very steep price to pay and not a solution across the country, considering that there are about 132,000 schools in the US.

Going forward, however, it does make sense to design institutions of learning in a manner that discourages shootings from taking place.

Short of keeping weapons of war out of the hands of students, which is also not realistic considering the sheer number of those guns now available, there is no panacea to prevent such massacres in the near future.

“There is no one solution,” Langman said. “You can’t just rely on threat assessment, so you need the lockdown and emergency response procedures. But schools focus so much on responding that they haven’t done much in prevention. Sometimes it seems like I’m the first person to talk to them about prevention methods.”