If you’ve found yourself thinking the world has gone surreal, you’re even more right than you might realize. And it’s not just that things are weird. We live in a paranoid, authoritarian culture in which the real, the presumed, and the purported are all tangled strands of a dense, hallucinatory web of spectacles.

The exposure of innumerable falsehoods that have perpetuated wars and justified atrocities has not made us noticeably more skeptical, cautious, or evidence-demanding. If anything, we’re more eager consumers of propaganda than ever, our worlds projected from easily manipulated, largely unconscious biases and expectations.

If this is a nightmare, it is made from our dreams.

In short, these times are right in the middle of surrealism’s wheelhouse. We can distinguish between the historical surrealist movement and a surviving spirit that I like to call a “surrealist mode of inquiry.” But, however you slice it, surrealism bequeaths to us a playful — yet penetrating — set of tools that may as well have been invented for today’s world.

How confidently can you tell fake news  from the real deal in the information hall of mirrors, especially in a context marked by dissent-throttling crises of security?

The shrill, with-us-or-against-us timbre of security discourse in a state of constant emergency effectively taboos whole areas of inquiry, making it difficult to ask questions at the very time they’re most needed.

If you’ve ever shied away from subjecting an unsettling idea to tests of evidence purely out of fear that you were committing a social transgression, you have encountered an internalized boundary around freedom of thought.

Freedom of thought and, through it, the struggle for a more just society by challenging consensus reality — what is possible, what is acceptable, what is normal, what is true, what is nonsense — is at the heart of any definition of surrealism. Today that struggle must include a clear-eyed view of the workings of modern propaganda and its little pal, censorship.

Surrealism and propaganda grew up together. They’re sort of like brothers who don’t quite get along, despite their shared interest in the unconscious. The propagandists wanted to exploit it to regiment minds, to create order from chaos; the surrealists wanted the opposite. Exactly 100 years ago, in 1922, Walter Lippmann published Public Opinion, an influential early articulation of propaganda theory and practice. 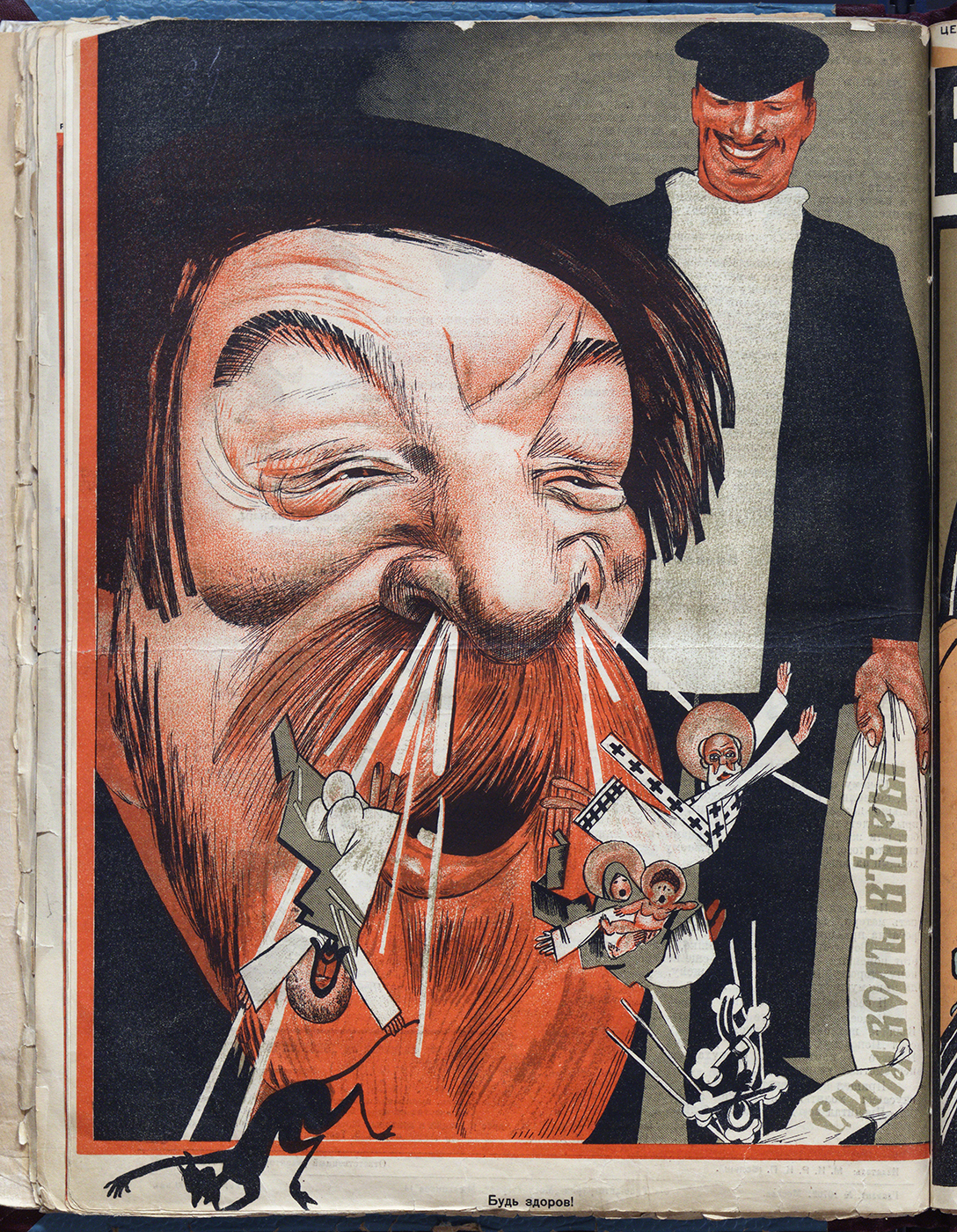 That same year, Bertrand Russell delivered a lecture on propaganda and freedom of thought while André Breton was declaring his own views on free thought in a denunciation of conservative art, kickstarting an intellectual process that would soon lead to the Surrealist Manifesto. In 1928, while Salvador Dalí was capturing the attention of Sigmund Freud, Freud’s nephew Edward Bernays was publishing his seminal book titled simply Propaganda, the same year Arthur Ponsonby’s Falsehood in War-Time saw print.

By 1936, the year when, according to a disillusioned George Orwell, history stopped and propaganda took over, the surrealists were deep into their noir period as navigators of delusion and calamity.

Surrealism is reality’s psychotherapist. If we are going to separate the real from the unreal in an unreliable information space, a surrealist mode of inquiry is going to be very helpful because we’re going to need more than facts.

Facts, while indispensable, are often viewed suspiciously, quite rightly, as they always require verification, context, and interpretation, all of which may be bounded by uncertainty or lacking entirely.

Facts can also be simply overwhelming, rendered useless by their sheer quantity and level of detail. A person with too many facts is indistinguishable from a madman. Not only that, if we don’t like a fact, we can just say “nah.” People do it all the time. This is why arguments on the internet are never won.

Highly sensitive to the limitations of reason, a surrealist mode of inquiry does not rely on pushing contestable facts and engaging in unresolvable debates, but instead favors seducing the imagination and eroding the foundations of our unconscious assumptions.

Wile E. Coyote doesn’t know it yet, but he walked off the edge of the cliff five steps ago. A surrealist doesn’t bother correcting him; a surrealist says: Look down.

Cartoonists, surrealists, philosophers, and neuroscientists will all agree that we tend to see more or less what we expect to see. Our beliefs — both conscious and unconscious, examined and unexamined, justified and not, true and false, explicit and implicit — condition our perceptions and form a self-reinforcing feedback loop with our experience of reality.

In a surrealist mode of inquiry, awareness of this phenomenon is clue number one that there is enormous potential for discovery in critically examining our orthodoxies and their sources of nourishment. As Breton wrote in Arcanum 17, the process demands “a brand new laboratory where established ideas, no matter which, beginning with the most elementary ones, the ones most hastily exonerated, will be accepted only for purposes of study, contingent on an examination from top to bottom and, by definition, free from all preconceptions.” It is not a task for the faint-hearted. 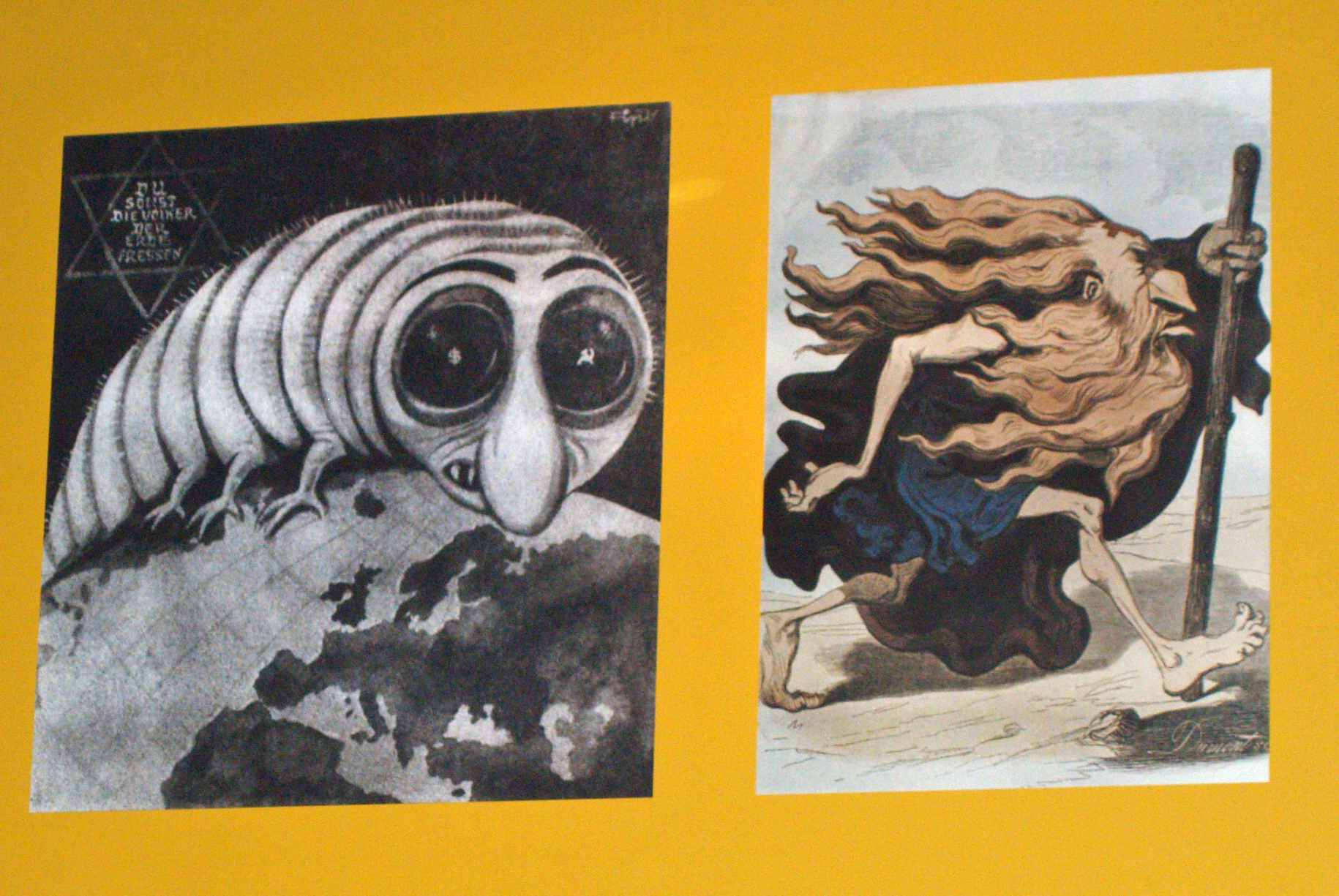 Why is authoritarianism on the rise?

How did things like “extraordinary rendition” and executive kill lists and torture and indefinite detention without charge get normalized?

Why does ordinary protest fall under the purview of anti-terrorism laws?

Why do we seem to inch towards what Umberto Eco called Ur-Fascism no matter whom we elect?

What’s difficult to take seriously is the possibility that there might be forms of propaganda that affect not just them but also us. Forms that are invisible by way of being ubiquitous, transpartisan, built right into the symbolic order. Not a conman in the house but the house itself!

If we’re committed to being honest, rigorous, principled anti-fascists, it’s simply not good enough to play team-sports politics and identify our opponents’ propaganda, no matter how accurately we do so, no matter how satisfying it is. We have to go further. We have to transcend the game.

We have to sniff our own Kool-Aid. Otherwise, we’ll soon find ourselves adopting positions on everything from foreign policy to science, based not on any appreciation of data or critical evaluation, but on the dictates of tribalism. That’s the same tribalism of lesser-evil echo caves, the tribe we reluctantly joined despite all we know about power, corruption, and deceit, because we didn’t reckon we had a better option, because we reckoned we were being realistic.

Being against the Obviously Worse team is a good start, but it’s not the best place to stall out. Hitching our opinions to an echo tribe is likely to leave us, sooner or later, not only at a remove from our own values but, as propaganda intends, untethered from reality. In surrealpolitik, our opinions deserve our examination.

Who actually saw, heard, felt, counted, named the thing, about which you have an opinion? Was it the man who told you, or the man who told him, or someone still further removed? And how much was he permitted to see? When he informs you that France thinks this and that, what part of France did he watch? How was he able to watch it? Where was he when he watched it? What Frenchmen was he permitted to talk to, what newspapers did he read, and where did they learn what they say? You can ask yourself these questions, but you can rarely answer them. They will remind you, however, of the distance which often separates your public opinion from the event with which it deals. And the reminder is itself a protection.

That’s Walter Lippmann: Public Opinion, 1922. The book is full of cogent observations about how we know what we think we know, and well worth a read if you don’t mind realizing that in a full century we have made no progress whatsoever in building a more sophisticated news-consuming society. 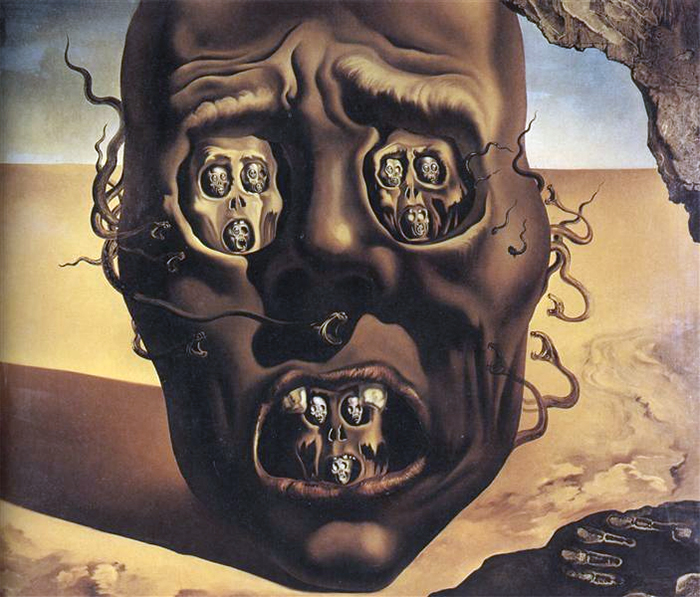 The Face of War by Salvador Dali. Photo credit: WikiArt (Fair Use)

Of course, the first requirement for discerning the truth of a matter is that we have to want it. Instead of William James’s “will to believe,” we need its exact opposite, what Russell called “the will to doubt” accompanied by “the wish to find out.”

We have to dig. We have to calibrate for vested interests, assess credibility of sources, weigh evidence as best we can. We have to know our own biases and care enough about them to calibrate for those too, to accept as theoretically conceivable the preposterous idea that — we might actually be wrong.

The idea is, as in science, to strive towards a state of “critical undogmatic receptiveness,” as Russell put it a century ago. He further notes the ironically inverse relationship between knowledge and certainty. For example, in science even the best-tested understanding is considered a theory and has a fundamentally tentative status.

Contrarily, in politics, where knowledge never approaches the degree of certainty achievable in science, many of us have fiercely rigid opinions that are utterly hostile to challenge. The thinner the ice on which we stand, the harder we stamp our angry little feet on it.

One of the key strategies in a surrealist mode of inquiry is to seek the tabooed, to find out what it is we’re not allowed to say or to know. If we, from our couches, cannot know with any certainty the truth about subjects outside our direct experience, we can still — with the magic of critical, undogmatic receptiveness — stand to learn something from observing the methods of the opposing theorists.

The honest methods of truth-pursuit are as plain as day and scoundrels depart from them at their own risk — that is, if we’re paying attention. If a party on one side of a position is clamoring for transparency and a full accounting of details, and the other party is busy trying to shut them up, we may not yet have proved the case one way or the other, but we do get a distinct scent for our noses to follow.

The perception of porous boundaries between dreamwork, delusion, and reality is a critical starting point to the interrogation of both propaganda and the tabooing of dissent.

As Harold Pinter urged us in his stunning post-Iraq-War Nobel prize speech, against the self-exonerating “hypnosis” of the “tapestry of lies” comprising the political symbolic order, defining “the real truth of our lives and our societies is a crucial obligation which devolves upon us all” — for the sake, if nothing else, of our own dignity. A surrealist mode of inquiry invites us continually, without fear of falling, to look down.

John Schoneboom, a New Yorker now living in Newcastle upon Tyne, U.K., wrote a novel, Fontoon (Dedalus Books), and his plays have been performed in black box theatres in the United States, England, and Ireland. He has a PhD in Creative Writing, an M.A. in Science, Technology, and International Affairs, and plays bass guitar.  The essay presented here is adapted from his nonfiction book Surrealpolitik (Zer0 Books).