This story originally appeared in DeSmog and is republished here as part of Covering Climate Now, a global journalism collaboration strengthening coverage of the climate story.

In December, the New York Times published a story revealing how Exxon Mobil Corp. and other oil companies had paid a public relations firm named FTI to build “news” and information websites falsely suggesting grassroots support for the fossil fuel industry and its initiatives. Exxon Mobil Corp., which didn’t speak with Times reporter (and my former co-worker) Hiroko Tabuchi for the story, responded by trying to smear the messenger. “We refused to work with the author,” Exxon Mobil Corp. tweeted, “because of her obvious bias against the oil and gas industry.”

The firm was alluding to an October tweet by Tabuchi that she’d “been thinking a lot about fossil fuels and white supremacy recently,” noting that nearly every oil industry official she’d encountered as a reporter was white and male. Exxon Mobil Corp. complained the tweet was a “baseless claim alleging industry links to white supremacy,” and Tabuchi later deleted it. But according to University of Notre Dame historian Darren Douchuk, Tabuchi’s tweet reflected something real.

“In researching the history of oil in modern America since the 1860s to the present, oil was I think unquestionably the most racially homogenous industry in America. And, there are clear racist patterns of organization within the industry from the very beginning,” says Douchuk, author of Anointed with Oil: How Christianity and Crude Made Modern America.

White supremacy can be narrowly defined as a system of overtly racist individuals who seek to oppress or eliminate anyone who is not white, and more broadly as a system designed to protect and elevate whiteness. This latter definition shifts the focus from a few explicitly racist individuals to the underlying system of norms that give white people a disproportionate advantage. A banal example is when a nightclub establishes a “No Timbs” policy, referring to the brand of work boots long fashionable in Black hip-hop culture, to exclude young Black male patrons.

These norms can also oppress Black people and elevate white people in more enduring ways. People with “Black” names get fewer calls for job interviews compared to similarly qualified white people. Homes with a Black owner are typically appraised at lower values than those whose owners are perceived to be white.

Whichever definition you choose, says Douchuk, the historical record reveals clear links between white supremacy and the oil industry. According to his research, when crude oil was discovered in the hills of northwestern Pennsylvania just prior to the Civil War, it was seen “as a mystical fount that might ease America out of bloodshed and into a new age of peace and prosperity. Oil was to be a healing balm for the body politic.” 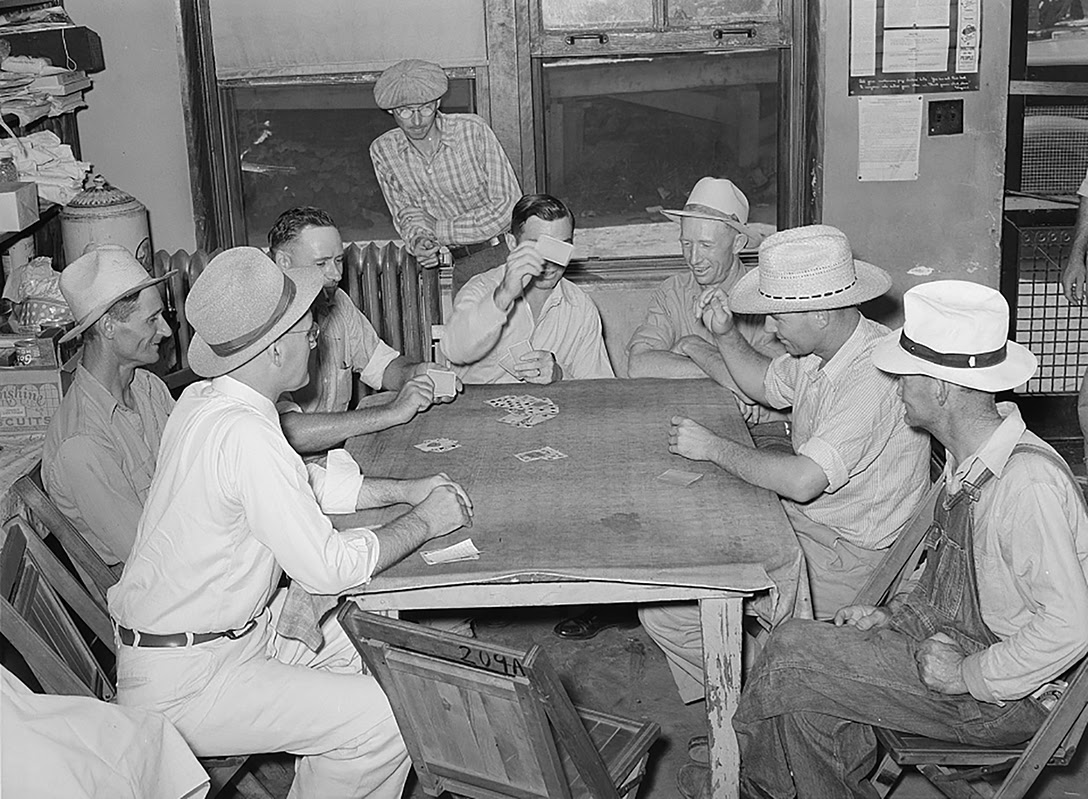 But this healing balm was intended for “whites only,” and that wasn’t just because in that era few Black people lived in the communities where oil was first extracted. As the industry shifted west and south at the turn of the 20th century, to Texas, California, and Mexico, it collided with the emergence of the “Lost Cause” mythos across the South, a set of pseudo-historical justifications for slavery as a just system in which the enslaved were happy, and the Civil War was a heroic insurrection to protect the South’s “economic prosperity” from “Northern aggression.” The Lost Cause lie erases from history the reasons that abolitionists like Harriet Tubman, Denmark Vesey, and Nat Turner fought for Black liberation.

White oilmen (they were almost all men) saw oil as a resource that could help the South rebuild, while also re-installing a system that ensured Black people would remain structurally at the bottom of their racial hierarchy. So they codified segregation into the oil fields. “The oil industry circa 1901 [and] going forward is very much implanted in regions of Texas and Oklahoma that are typically places where lower-class whites have been fighting and clawing for privilege on the racial ladder,” says Douchuk, “fighting against, as they see it, rising Black southerners who want also a place on the economic pecking order.”

One way the industry accomplished this in the South was by limiting the type of work available to people of color. By the early 20th century, white oilmen had firmly established a pattern of keeping the most lucrative roles in the oil business for themselves, says Douchuk, while relegating the most difficult and least profitable to Black and Mexican American workers, such as drilling pipe and laying pipelines that could weigh upward of 600 pounds through mosquito-infested swamps. 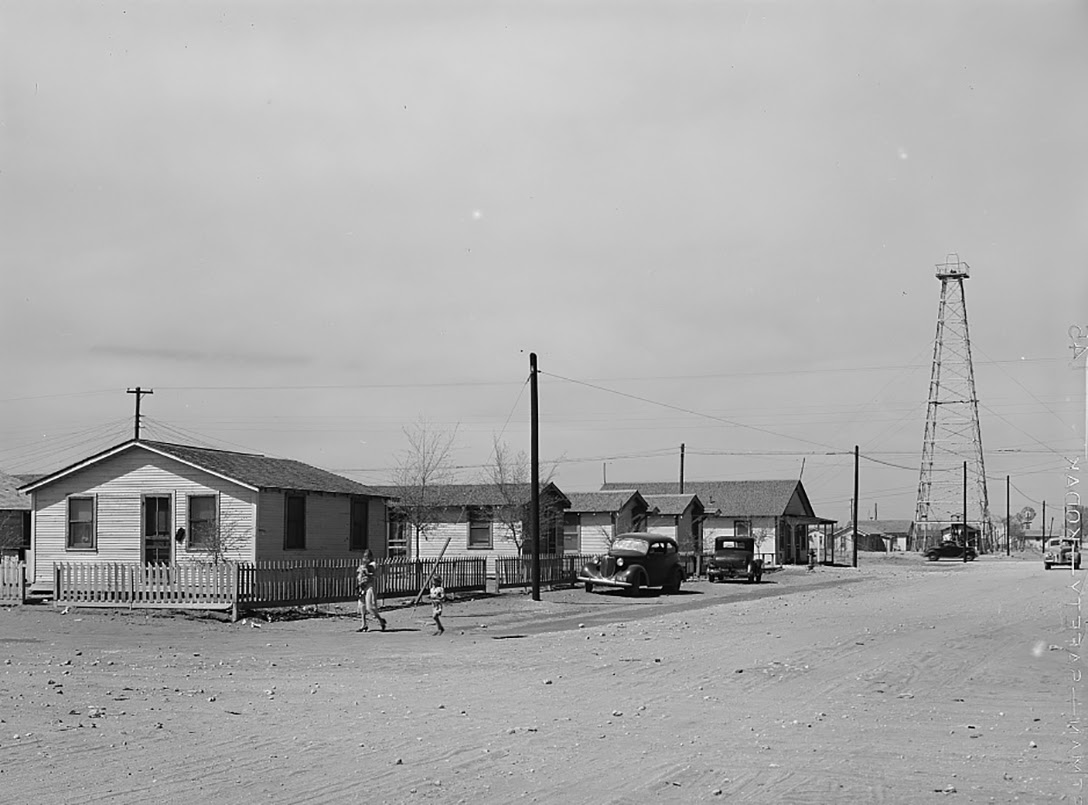 The oil industry also segregated its employees in other ways. Black workers typically lived in tents, compared to sturdier lodging for white workers. Black workers were left to feed themselves, often turning to hunting, despite earning a fraction of the pay of white workers who were fed on the company dime.

Oil towns were also scenes of brutal attacks by whites against Blacks, according to Douchuk. “Traditionally, this is where a lot of the most violent lynching has gone on,” he says. Texas was so violent that Black oil workers who managed to eke out enough money sometimes sought safety in Oklahoma. But that was no guarantee of safety. The story of the 1921 Tulsa Riots, in which white rioters killed 36 Black people in Tulsa, OK, and obliterated the city’s prosperous Greenwood District (known as “Black Wall Street”), gained new public attention in 2019 when it was featured in the opening episode of HBO’s Watchmen. But the fact that Tulsa was an oil town, then nicknamed the “Oil Capital of the World,” is less remarked upon.

This kind of racist violence was common among oil towns. The Tulsa massacre was just unique in the scale of the destruction.

Exxon Mobil Corp. has roots in this era, going all the way back to the 1911 founding of the Humble Oil & Refining Company in Humble, TX. Humble Oil was soon acquired by Standard Oil of New Jersey, which in 1972 became the Exxon Corporation, which merged with Mobil (formerly the Standard Oil Company of New York) in 1999. 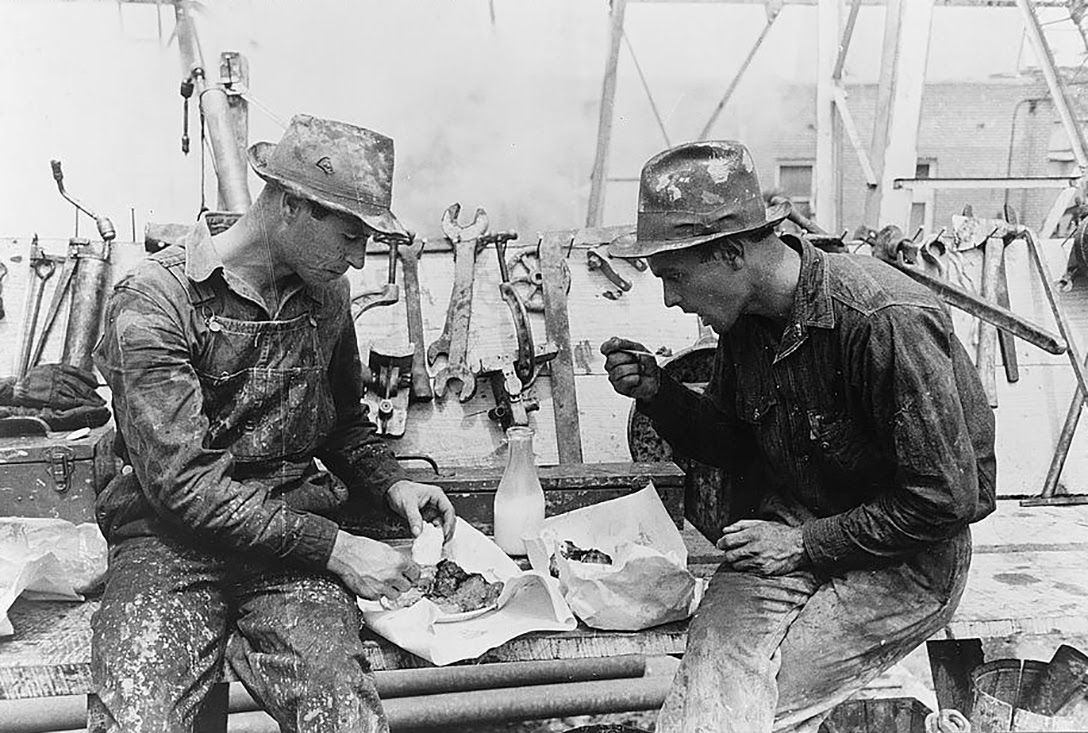 Even as the oil business went all in on Jim Crow, Black workers began to carve out spaces for themselves in the lumber and shipping industries. By 1910, Black laborers made up 59.1 percent of the timber workforce in Louisiana, and 38 percent in Texas. But as late as 1940, Black oil workers only accounted for 0.05 percent of all employees in oil production, and 3 percent of refinery workers.

American oilmen also exported this bigotry. During early-20th-century oil exploration in Mexico, US firms relegated Black and Mexican American workers to “the hot, dirty, and unskilled jobs: clearing land, doing laundry, cooking and washing, cleaning buildings, and carrying equipment,” according to Jonathan Brown’s book Oil and Revolution in Mexico. In the 1930s, Texaco chief executive Torkild Rieber was a Nazi sympathizer whose company would go on to literally fuel Hitler’s regime. In Saudi Arabia, Standard Oil Company of California (now part of BP) created “a system of privilege and inequality, which we know as Jim Crow in the United States, as Apartheid in South Africa, and as racism more generally,” writes University of Pennsylvania political scientist Robert Vitalis in America’s Kingdom: Mythmaking on the Saudi Oil Frontier, and brought the system with it to Latin America and Indonesia as well. In Libya, Esso (another Exxon Mobil Corp. precursor) created a “settler community” based on architectural separation between Libyans and white American, British, and Canadian employees.

The US civil rights movement of the 1950s and 1960s, along with the decolonization movements across Asia and Africa, sought to upend some of these racist hierarchies. But the oil industry’s white supremacy remained entrenched. As reported recently in Drilled News, in 1994 financial analyst Bari-Ellen Roberts and five colleagues filed a class action suit against Texaco (now Chevron) after she was passed over for a promotion, and then asked to train the white man who got the job. In 1996, Richard A. Lundwall, a dismissed Texaco executive, turned over recordings of senior Texaco officials discussing the lawsuit to the plaintiffs’ lawyers in which they considered destroying incriminating evidence related to the suit. They referred to Black employees as the “N-word” and “Black jelly beans,” helping make Roberts’ case. 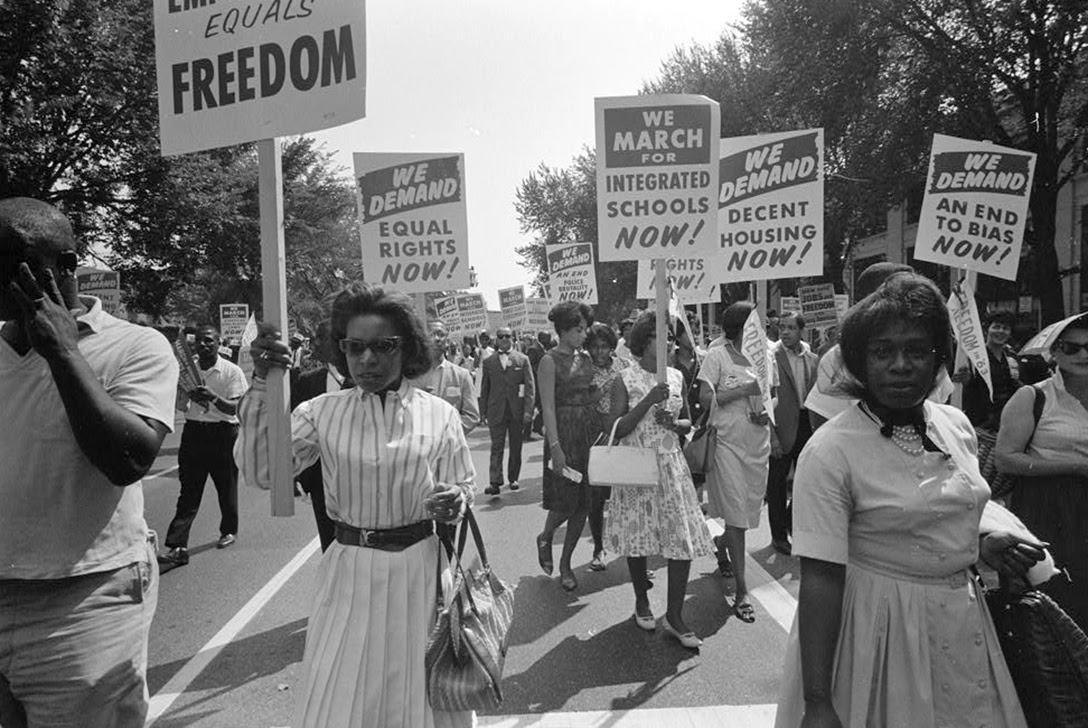 After winning a $176 million settlement — the largest to date in a corporate discrimination lawsuit — Roberts wrote a book chronicling the racism she had encountered at Texaco. In one incident, a white employee poked his head into Roberts’ office and exclaimed, “Well, Jesus Christ, I never thought I’d live to see the day when a Black woman had an office at Texaco.” In another, Roberts discovered her performance grade was lowered because a manager considered her “uppity,” a racist dog whistle suggesting that a Black person was moving beyond their “station.” Roberts also learned that behind her back, one of her bosses had referred to her as a “little colored girl.”

This kind of bigotry isn’t relegated to the last century. Just four years ago, NPR reported on discrimination in oil fields. One former Black employee who spoke to reporter Jeff Brady described finding phrases like “n***** go home” scribbled onto a pipe, and nooses being left for him and other Black workers to find. Late last year, a class action lawsuit was filed against Pipeliners Local Union 798, a major pipeline workers trade union of more than 8,000 members, alleging that the union refused to employ Black workers (and white women) through the 1980s. The suit contends that even today Black workers are consistently hired for less well-regarded and more poorly-paid “helper” roles, but passed over in favor of less qualified white employees for the better-paid “journeyman” roles. Everything old, it seems, is indeed new again.

The links between the oil industry and white supremacy extend beyond the corporate office and the drill pad. Refineries and other industrial sites are deliberately and disproportionately sited in or near communities of color. Race can predict which communities will and won’t get cleaned up after an oil spill. One could argue that white supremacy within the oil industry is so much the norm that it is easier to point to the exceptions.

When firms like Exxon Mobil Corp. make accusations of bias against those who, like the Times’ Hiroko Tabuchi, point out the historic links between the oil industry and white supremacy, they are trying to rewrite more than a century of well-documented racism into a rosier history. “They’re coming out of certain assumptions of racial privilege, which they might not even be able to articulate,” says Douchak. But learning from previous generations frees us to make new advances and avoid catastrophic pitfalls.

As James Baldwin, the acclaimed activist and writer, once wrote, “we are trapped in history.” The present is built upon the past and will be constrained by it until we face up to these devastating truths. Will the oil industry embrace that reckoning? “I think there’s been an effort lately to improve on that,” Douchak says, “but that, that is a legacy. And it’s not just a legacy, but it’s something that needs to be confronted.”