Are you one of the millions of people who swallowed all the claims of Donald J. Trump? Feeling a bit of indigestion now? But for some of you, maybe it’s the other way around; maybe you’ve been swallowed up by Trump.

Well, never mind what’s in his stomach. We thought you might like to revisit what actually came out of his mouth.

Here, courtesy of WhoWhatWhy, is a collection of our favorite specimens.

“My fingers are long and beautiful, as has been well-documented, are various other parts of my body.”

“I think Viagra is wonderful if you need it, if you have medical issues, if you’ve had surgery. I’ve just never needed it. Frankly, I wouldn’t mind if there were an anti-Viagra, something with the opposite effect. I’m not bragging. I’m just lucky. I don’t need it.”

“Sorry losers and haters, but my I.Q. is one of the highest — and you all know it! Please don’t feel so stupid or insecure, it’s not your fault.”

The US Department of Energy released a proposal to roll back water efficiency standards for showerheads following President Donald Trump’s comments that he was unable to wash his “beautiful hair properly.”

“I happen to be, in my own way, an environmentalist. I’ve won many awards.”

“I have great feelings of compassion and helping people.”

“I’m the least racist person you have ever interviewed.”

‘I think the only difference between me and the other candidates is that I’m more honest and my women are more beautiful.’

“I want five children, like in my own family, because with five, then I will know that one will be guaranteed to turn out like me.”

“I think I am actually humble. I think I’m much more humble than you would understand.” 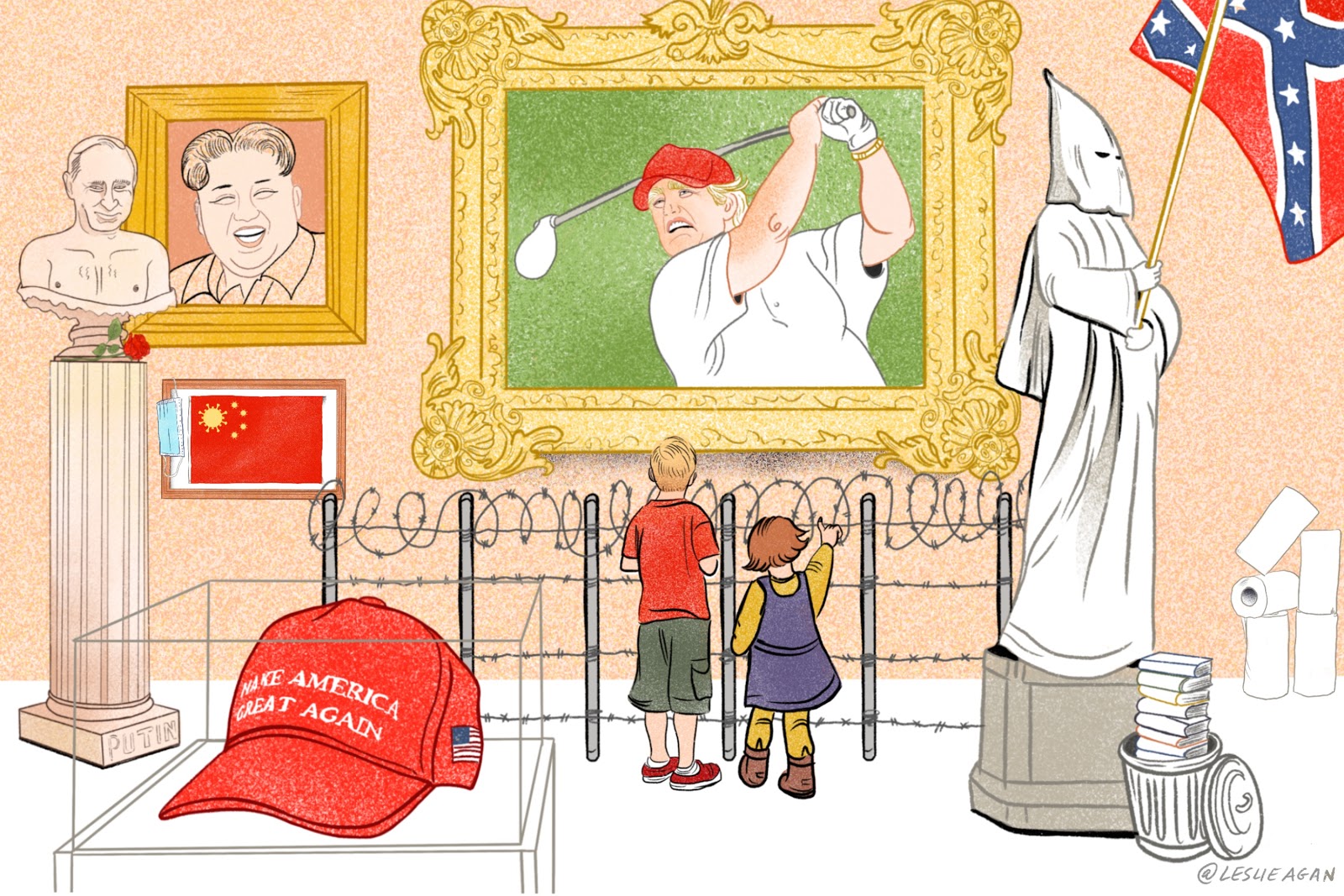 Trump on His Supporters

“Maybe this Covid thing is a good thing. I don’t like shaking hands of people … I don’t have to shake hands with these disgusting people.”

Hearsay via Howard Stern: “The oddity in all of this is, the people Trump despises the most love him the most.”

Hearsay via Michael Cohen on the beliefs of his evangelical supporters: “Can you believe this shit?”

“I love the poorly educated.”

“Who were the good guys in this war?” [Referring to World War I]

“Why should I go to that cemetery? It’s filled with losers.”

“He’s not a war hero. He’s a war hero because he was captured. [Referring to John McCain] I like people who weren’t captured.” 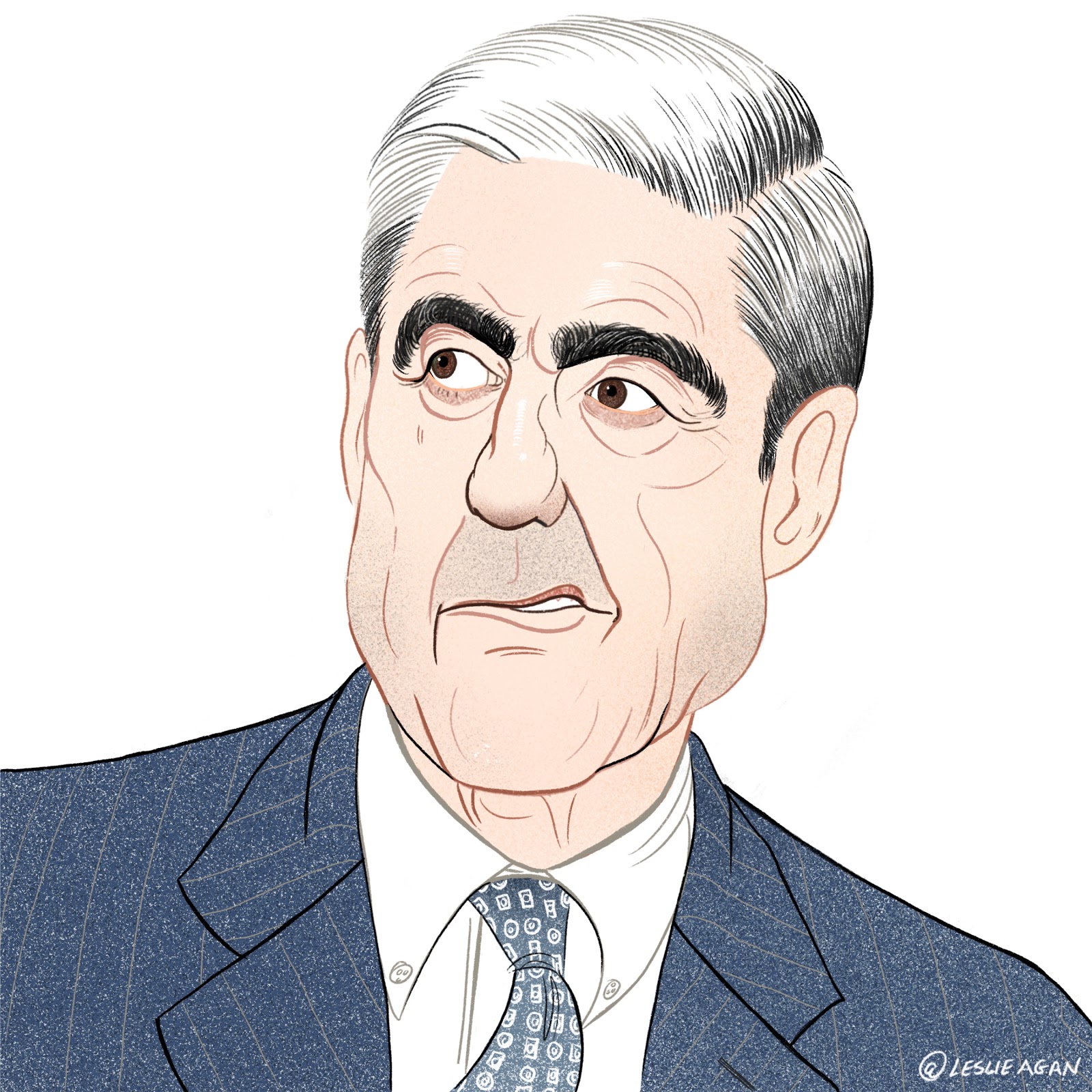 The passages below are from an earlier WhoWhatWhy story:

“Half of my friends are under indictment right now because they sent emails to each other about how they’re screwing people.”

“I go to court and they say produce your emails. I say I don’t have any emails. The judges don’t even believe it. … After you win the case, they say, ‘Now I know that you’re really smart.’”

Really smart. Trump even hides — from his own people — what he and Russia’s President Vladimir Putin had to say to each other. And he seized his interpreter’s notes. … This was discovered when an unnamed White House adviser and an unnamed State Department official tried to get the notes from Trump’s interpreter — but could not. [Vox quoting the Washington Post on the issue]: 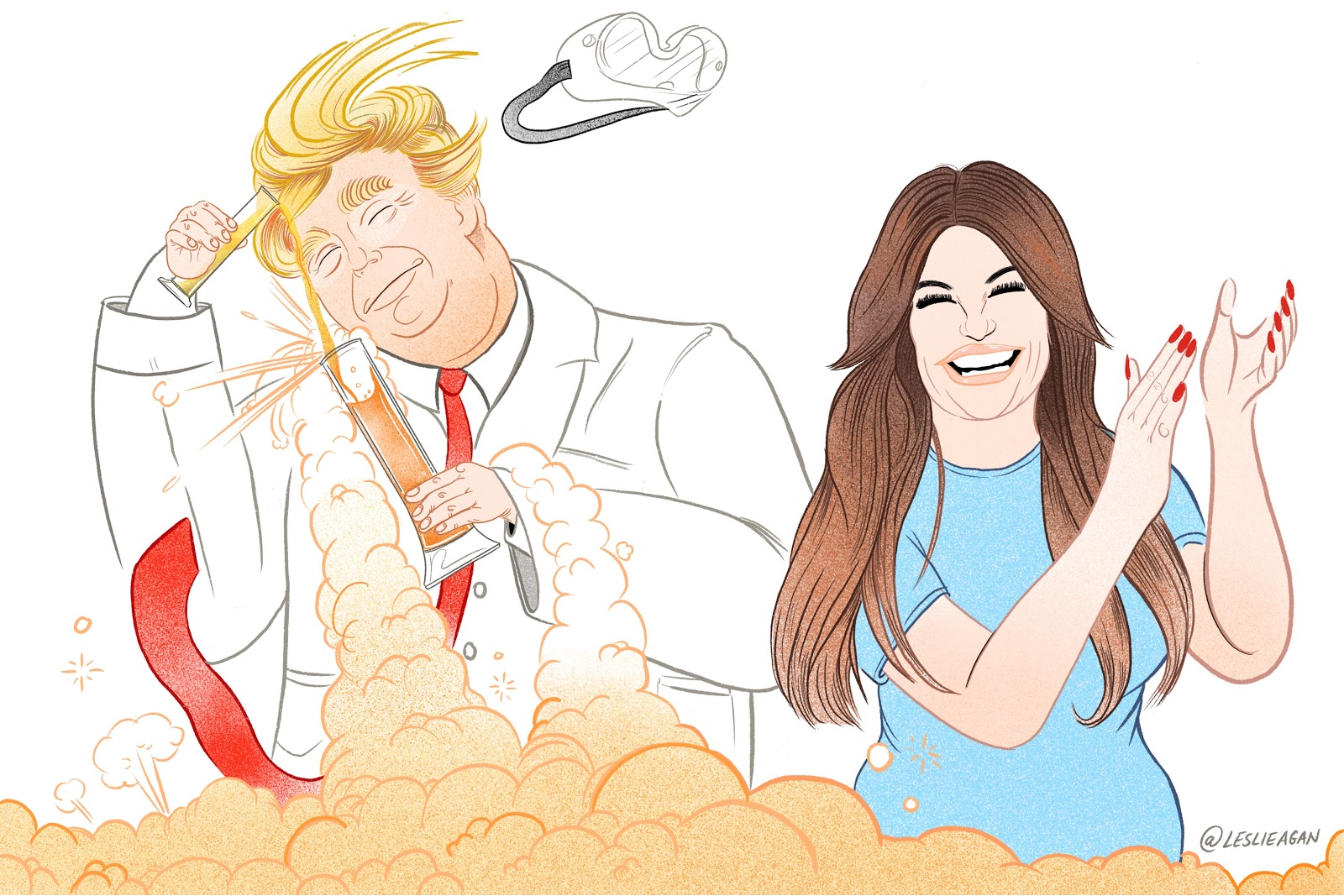 “One of the problems that a lot of people like myself — we have very high levels of intelligence but we’re not necessarily such believers [in man-made climate change]. You look at our air and our water, and it’s right now at a record clean.”

Trump told aides on the National Economic Council that the 5-foot-3-inch Janet Yellen was not tall enough to lead the central bank. [No direct quote available.]

“Waterboarding is your minor form. Some people say it’s not actually torture. Let’s assume it is. But they asked me the question. What do you think of waterboarding? Absolutely fine. But we should go much stronger than waterboarding. That’s the way I feel.”

“So supposing we hit the body with a tremendous — whether it’s ultraviolet or just a very powerful light … supposing you brought the light inside the body, which you can do either through the skin or some other way…. I see the disinfectant that knocks it out in a minute, one minute. And is there a way we can do something like that by injection inside or almost a cleaning? As you see, it gets in the lungs, it does a tremendous number on the lungs, so it would be interesting to check that.”

“I want to use hair spray… They say, “Don’t use hair spray, it’s bad for the ozone.” So I’m sitting in this concealed apartment, this concealed unit. … It’s sealed, it’s beautiful. I don’t think anything gets out. And I’m not supposed to be using hair spray?” [Ed: to appreciate why Trump values hairspray, please see Vanity Fair’s photo essay on Trump’s hair. It demonstrates why wind presents a real crisis for Trump.]

“Never go bald. The worst thing a man can do is go bald.”

“Our travels beyond the Earth propel scientific discoveries that improve our lives in countless ways here. … At some point in the future, we’re going to look back and say how did we do it without space?”

“It [F-35 stealth fighter] wins every time because the enemy cannot see it. Even if it’s right next to it, it can’t see it.”

“They say the noise [of turbines] causes cancer. … If you have a windmill anywhere near your house, congratulations — your house just went down 75 percent in value.”

“You wanna see a bird cemetery? Go under a windmill sometime. It’s the saddest — you’ve got every type of bird.”

“Asbestos is 100 percent safe, once applied. … I believe that the movement against asbestos was led by the mob, because it was often mob-related companies that would do the asbestos removal.”

“And I’m an environmentalist, a lot of people don’t understand that. I have done more environmental impact statements [as a real estate developer] probably than anybody that’s … ever been president.”

“The concept of global warming was created by and for the Chinese in order to make US manufacturing non-competitive.”

“This very expensive GLOBAL WARMING bullshit has got to stop. Our planet is freezing, record low temps, and our GW scientists are stuck in ice.”

“And when you’re talking about an atmosphere, oceans are very small. And it blows over and it sails over.”

“We’ll give you a report on that… There’s a very good rationale on that when you hear it.” [When asked “What was the rationale for rolling back the regulations on energy efficient light bulbs?”]

“The bulb that we’re being forced to use, number one, to me, most importantly, the light’s no good. I always look orange. … I’m not a vain person. … But I look better under an incandescent light than these crazy lights that are beaming down.”

[Note: If you find Trump’s wisdom helpful, you may wish to see more. Please see, Trump and the Mystery of Stupidity and Climate Change: Toxic Emissions From Politicians]

4 responses to “Donald Trump: ‘I Have the Best Words’”