Steve McCurry earned his fame as a photographer who produced some of the most exquisitely beautiful color images in the past several decades. McCurry’s critics, and there have been many, ask whether his photographs aren’t too beautiful.

In contrast to photojournalists, who go for the action, McCurry often portrays scenes that in the eyes of any other photographer might seem completely mundane. It is the dynamic range and richness of the colors and the composition of these seemingly ordinary images that turn them into fine art.

Although McCurry started out as a photojournalist, covering the early war in Afghanistan, it is obvious from his body of work that he has evolved from a simple photojournalist into something quite a bit more. Today his work has a closer resemblance to the work of a fine artist who uses photography to express a narrative imagination. McCurry describes himself as a “teller of stories.” 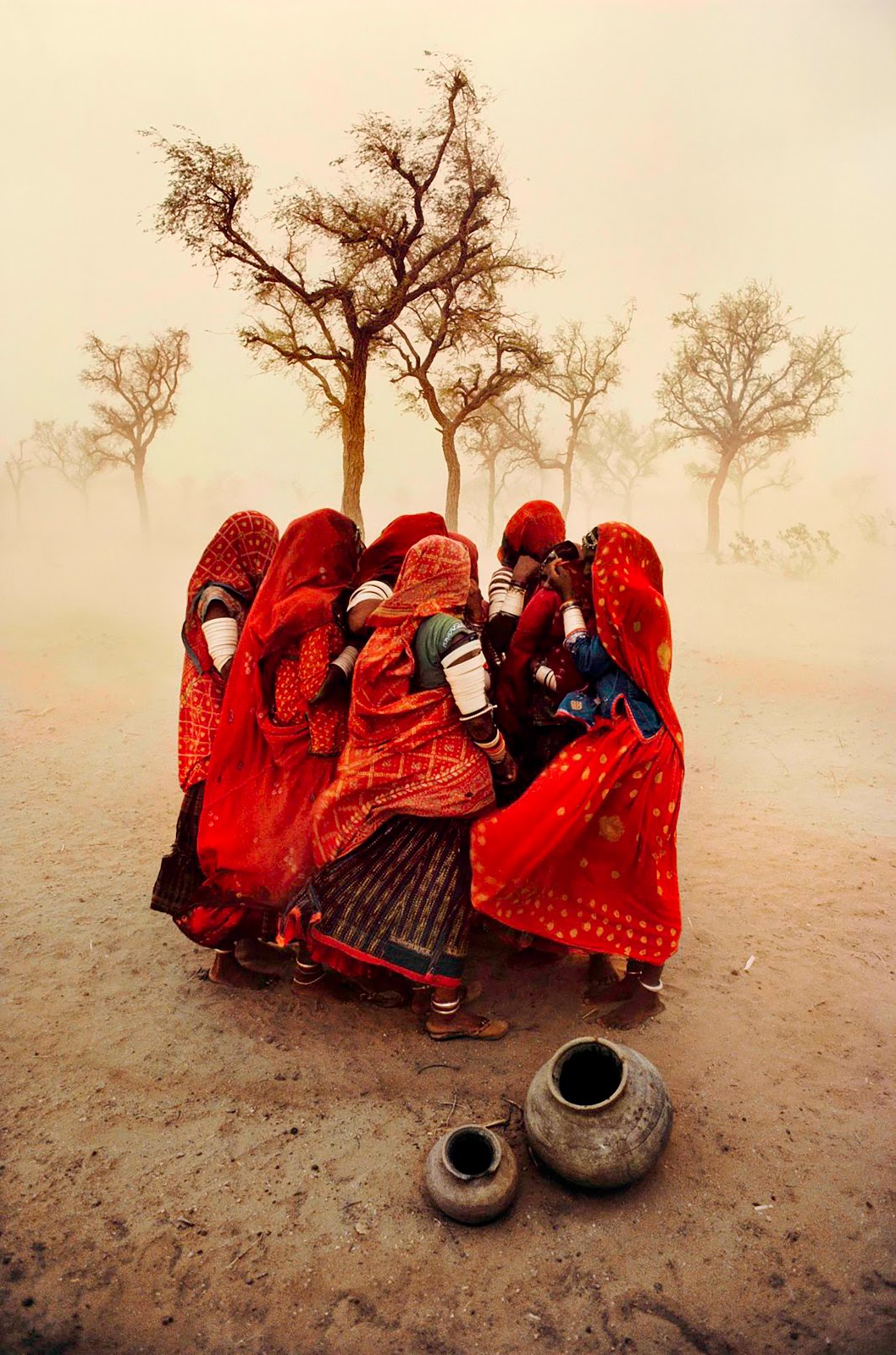 Rajasthan, India; 1983; INDIA-10219. McCurry cites this picture in the workshops he holds around the world. The lesson, he says, is this: “You can’t get hung up on what you think your ‘real’ destination is. The journey is just as important.” McCurry took this picture while on a highway heading somewhere else in India. He had been stopped by a severe dust storm. Looking out of his car windows, he saw these road workers near Rajasthan, huddled together against the elements. “You have to be prepared and open to what you are seeing along the way. And then to stop and make the picture.” McCurry, Steve. (2000). South SouthEast. London: Phaidon Press Limited, 97. Book_Iconic PhotographsBook_Untoldfinal print_Genoafinal print_Sao Paulo final print_Birmingham retouched_Sonny FabbriMAX PRINT SIZE: 40X60 Retouched_Sonny Fabbri 08/18/15. Photo credit: Steve McCurry / Global Geneva

What bothers some of his colleagues, who are still firmly rooted in photojournalism, is that in several cases, the scenes that McCurry photographed were altered in post production to make the composition compelling. In several images, distracting bystanders have simply disappeared, thanks in part to the wonders of Photoshop.

A photograph of an antique Indian railway steam engine with the Taj Mahal in the background had to be photographed twice after the first session produced images that were out of focus. The Indian railway obliged by bringing back the engine for the second shoot, along with the crew that managed it. Another photograph shows an Indian family waiting to mount a train; a porter, suitcases balanced on his head, stands to the side, waiting to put the luggage on the train. The mother in the picture is actually the wife of a photographer friend and the porter is an actor. The picture captures a reality that anyone who has taken trains in India would immediately recognize, but it is not a candid photograph. 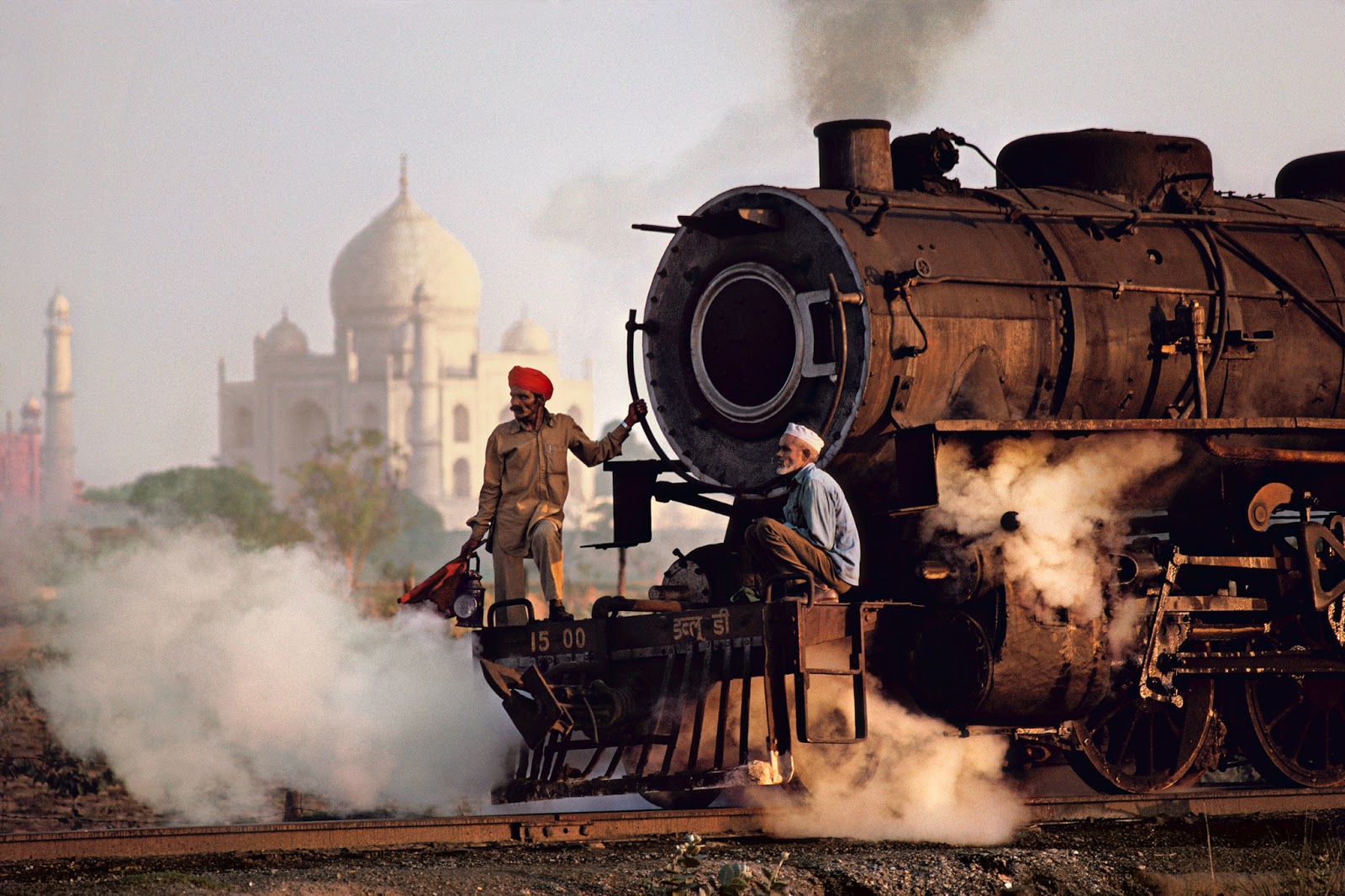 McCurry: Capturing the Essence, but Is It Photojournalism?

McCurry spends considerable time putting the pieces together to capture the essence of what is normally a commonplace event. A friend, who is a hardcore photojournalist, complains that it might take days to capture an image like that without staging it. “McCurry gives the editors what they want,” this photographer says. “It’s not honest and it’s not fair.” That sentiment has not changed the mind of the editors. They still want what McCurry produces. The images are magnificent. Several years ago, McCurry’s approach nevertheless sparked a scandal, and Magnum, the elite agency that represents McCurry, took down several of his photographs from its website.

The debate, which still simmers, is really over what a photograph is expected to represent. Photojournalism builds its credibility on the idea that the camera captures an unadorned reality. The camera is nothing more than a machine. The fact that it is incapable of holding an opinion or expressing bias endows it with journalistic credibility. It simply records what is really there. We can be more or less certain that at a certain point in time that reality actually existed. The role of the photojournalist is to choose the critical moment in which to record that moment in time. When you look at the photograph, you are visually plunged into that instant. That is photojournalism, but it is not Steve McCurry, a fact that he has repeatedly tried to explain to critics.

What we have with McCurry is not a chemical-mechanical representation of reality. It is the reflection of a sudden flash of understanding that captures McCurry’s imagination. What interests McCurry is not the objective reality that a journalist seeks to record, but rather the beauty of a moment that captures the artist’s attention, and which he sees and understands in his own mind. 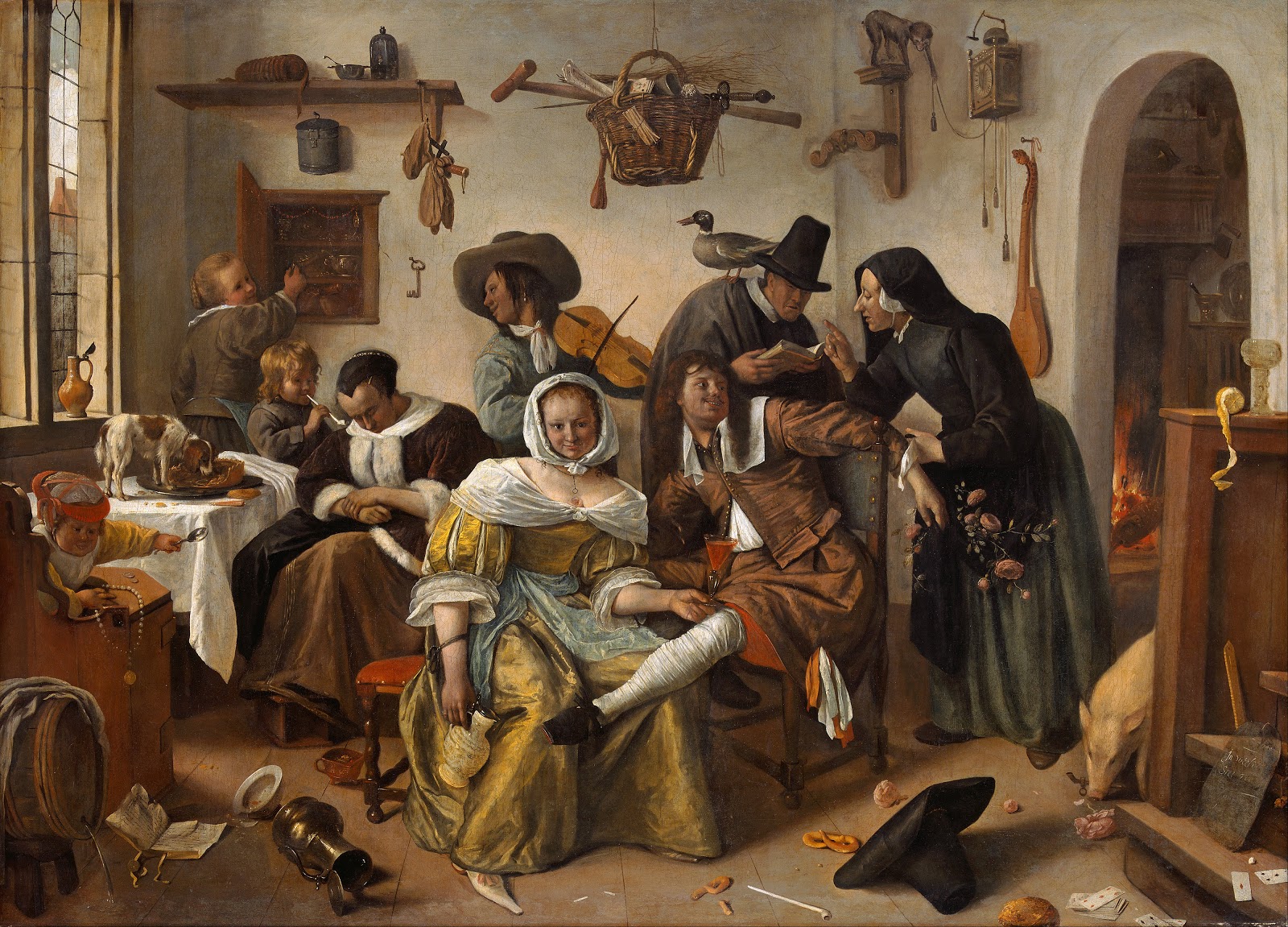 Looking at McCurry’s photographs, I am reminded of the Dutch master painters. Like McCurry, they chose subjects that would normally have been dismissed as mundane but which the painters sensed possessed an eternal beauty that belonged to the ages.

From the Renaissance to the Present: Seeing the World in a Different Way

In fact, according to a controversial theory articulated by artist David Hockney and physicist Charles M. Falco, some of the great painters of the Renaissance may have used optical and mechanical devices — such as the camera obscura, curved mirrors, and various projection methods — to make their extraordinarily realistic paintings. Certainly, Leonardo Da Vinci described the design and possible use of such devices. When we look at these paintings today, we don’t question the technique that produced these masterpieces; we appreciate the imagination and sensitivity of the artist that made us see the world in a new way.

When you meet Steve McCurry, the first impression is that he is an extraordinarily nice guy who seems disarmingly simple and straightforward in his approach. McCurry believes that certain images stick in your mind and change the way you see the world around you.

When I asked McCurry about allegations that he had changed images with Photoshop, he laughed. “When I worked for a local newspaper in King of Prussia [Pennsylvania] and even for National Geographic, we always worked on the final photograph in the darkroom. We burned in certain areas and dodged others.”

In fact, McCurry is right. Ansel Adams, the early 20th-century photographer who captured the American West, is an extreme case in point. Many of his negatives were perfectly mundane. It is how he manipulated them in the darkroom, pushing aspects of the image to extraordinary extremes that turned them into masterpieces. Adams’s first major breakthrough, a photograph of the Half Dome rock formation in Yosemite National Park, might have suffered from the fact that the upper section of the rock blended into the sky. Adams solved the problem by shooting the black and white photo through a deep red filter, which suddenly made the sky stand out dramatically. Of course, the mountain does not look that way naturally, but Adams made us see it in a different way. The images are exquisite. They extend our imagination and in the process, they expand our understanding. 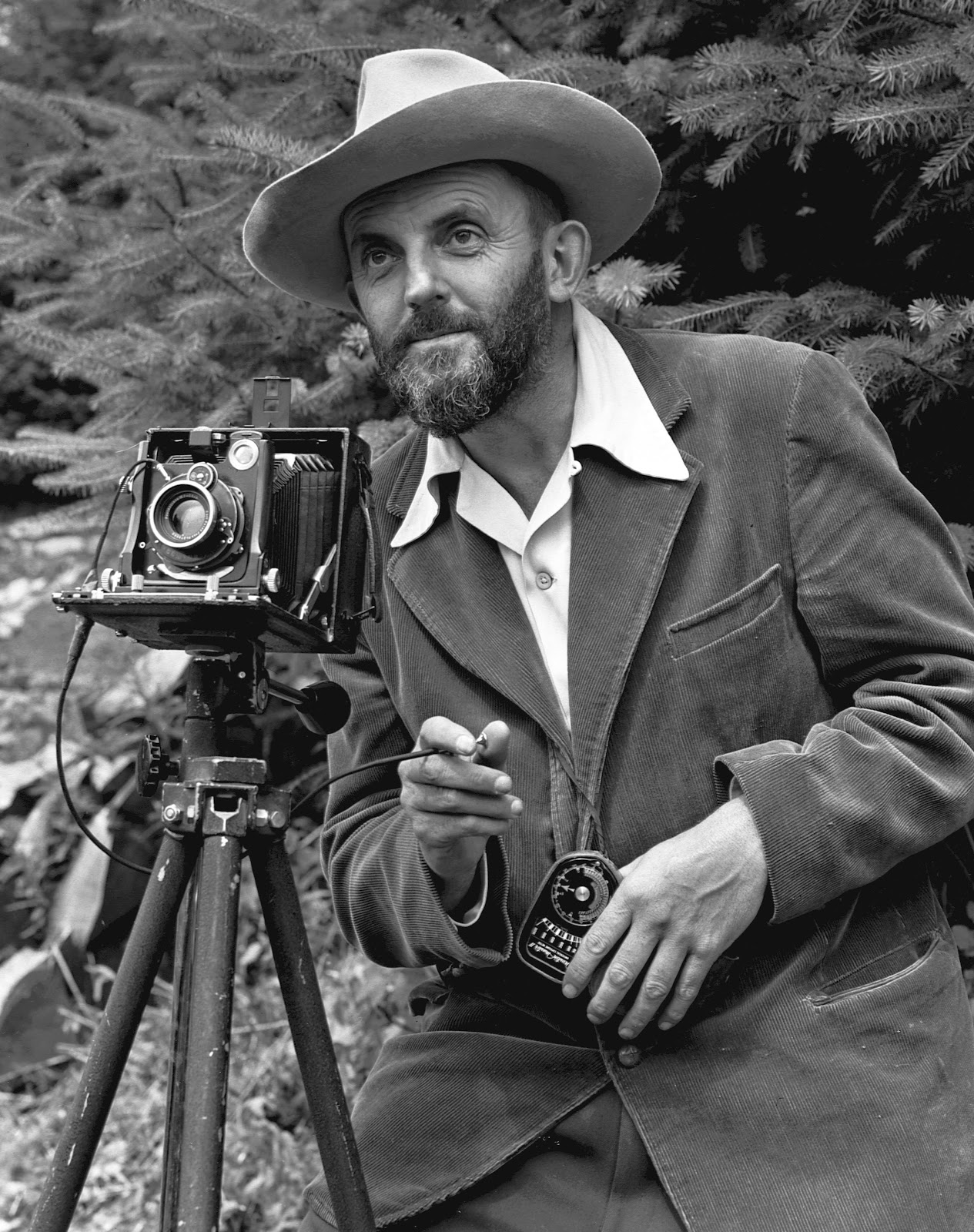 Ansel Adams with a camera on a tripod and a light meter in his hand. The photo was taken by J. Malcolm Greany and first appeared in the 1950 Yosemite Field School Yearbook. Photo credit: J. Malcolm Greany / Wikimedia

Experimenting With Images: Journalism or Art?

McCurry, of course, is not alone in arranging elements of a composition. Eugene Smith, generally regarded as one of the greatest photographers of the 20th century, complained early in his career about editors trying to tell him not to set up his photographs in order to obtain a more powerful effect. On the other hand, Smith was fired by a photo editor at Newsweek for using a small, unobtrusive camera rather than a bulky 4×5 Speed Graphic to take spontaneously candid photographs. The editor insisted that photographing subjects who were unaware of the photographer’s presence constituted an invasion of privacy.

In the 1930s, outside of the realm of journalism, a number of surrealist photographers experimented with artistic images that approached a kind of photographic magical realism. Argentine photographer Grete Stern published a book, Mundo Propio, which consisted of photomontages of metaphorical subjects. A housewife standing next to a giant cracked egg nearly as tall as she was. A beautiful woman stretching under a lighted lamp while a giant hand touched the switch. No one doubted that the photographs were not real.

The real question here is how we define the purpose of the photograph. Is it an automatic recording, made by a machine, or is it a representation of what the photographer sees in his mind’s eye? Is it journalism or is it art? 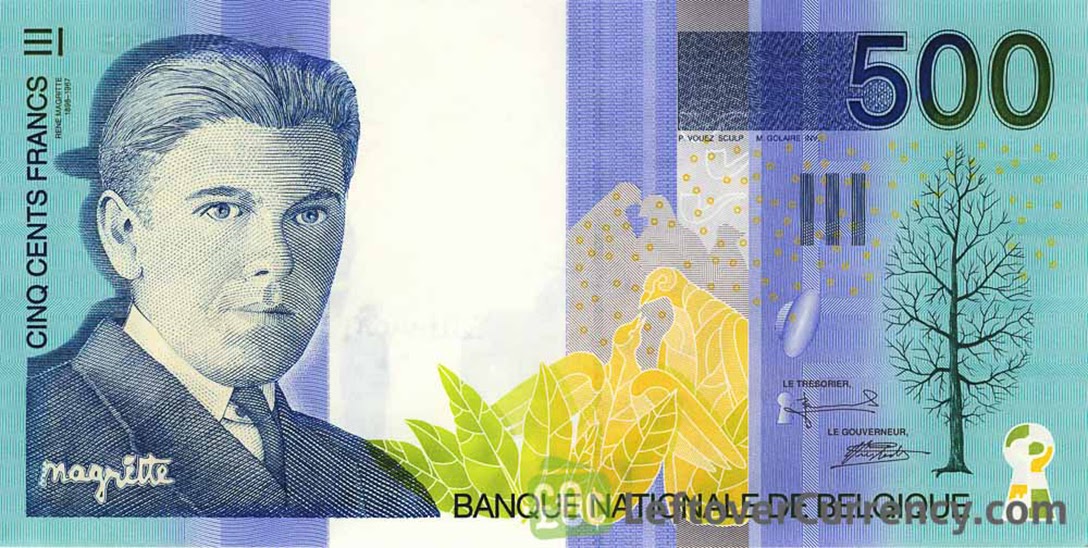 It’s an important distinction because the goal of art is to excite the imagination, and that often means pushing what is actually there beyond the boundaries of the normal. The Belgian surrealist painter René Magritte sparked a furor with images that seemed to dispense with normal logic. A painting of a smoker’s pipe with the legend “This is not a pipe” written in French. A man in a suit, wearing a bowler hat with his face obscured by an apple. Magritte’s point was to make the viewer approach the notion of reality from a totally different viewpoint. 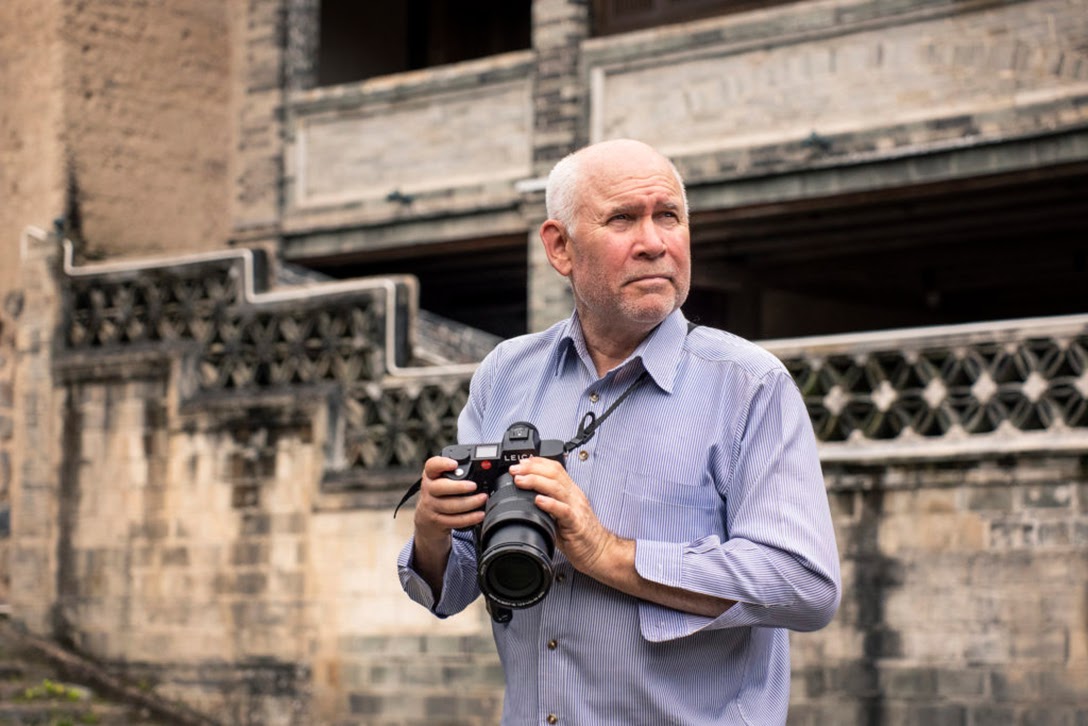 Steve McCurry’s photographs, which most often appear in books these days, show us that seemingly mundane scenes in the countries he has visited are capable of revealing an exceptional beauty. It is not really photojournalism anymore. For better or worse, it has become a form of art. I have no problems with that.

Part I of Global Geneva’s Steve McCurry profile can be seen HERE. Global Geneva’s podcast interview with McCurry, including advice for young photographers, can be found  HERE.

2 responses to “Steve McCurry: The Complications of Photography”