Dominion’s denial did not stop this theory from reaching the airwaves of Fox News, where Sean Hannity echoed that Dominion’s machines flipped votes in states like Michigan and Arizona. There is no proof of anything like this occurring.

Dominion, like its competitors, sells ballot-marking devices (BMDs), about which election experts have raised cybersecurity concerns in recent years. As described in WhoWhatWhy’s latest e-book, Is This Any Way to Vote?: Vulnerable Voting Machines and the Mysterious Industry Behind Them, the main concern is that votes cast with BMDs cannot be audited because election workers must rely on a QR code containing a voter’s choices instead of the human-readable text listed below it on the ballot. 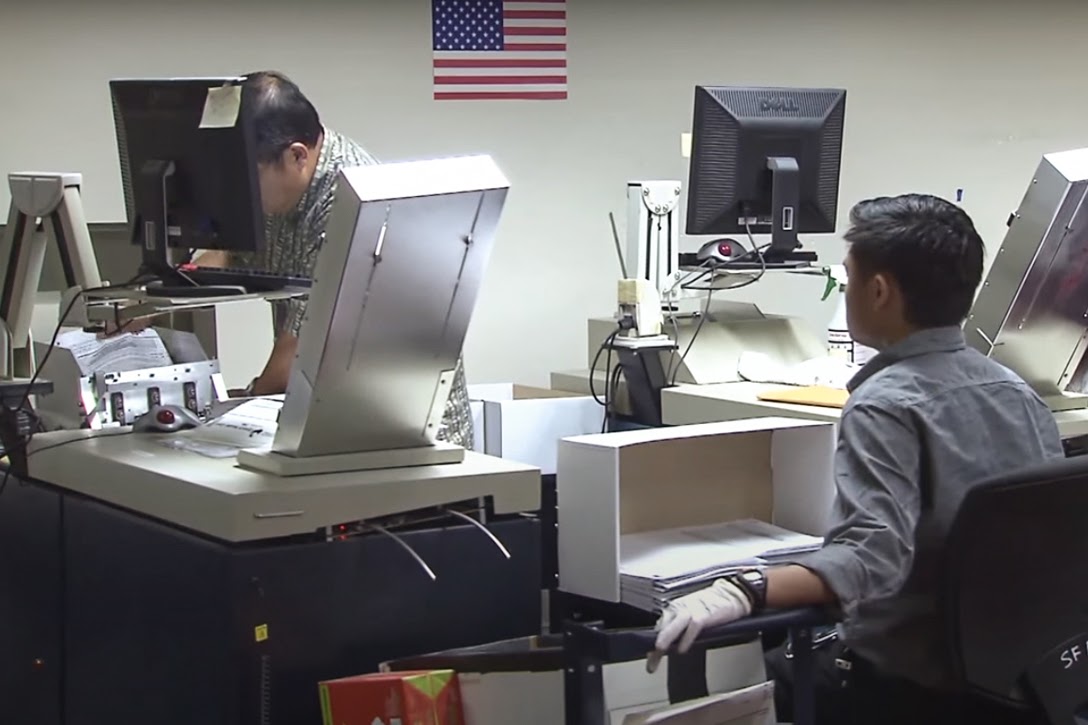 In Georgia, where Biden won by more than 15,000 votes, the state’s top election official came under fire for spending $100 million on a contract with Dominion that included these machines. In 2018, Gov. Brian Kemp (R) — who was secretary of state at the time — refused to make documents for the certification process public for nearly a year. After he did, the documents did not include the name of the person who allegedly oversaw the state certification process for the new equipment.

Another concern about BMDs is that most of the machines in use today are nearly a decade old. Like any piece of technology, these machines can malfunction or become more vulnerable to manipulation as they age. During his tirade against Dominion, Hannity cited as an example a New York Times article that reported several instances in which voting machines failed to power on. Again, there is no evidence that any votes were changed during the 2020 election, through technological failure, hacking, or any other means.

Nevertheless, Trump continued his diatribe against Dominion on Sunday, claiming in a tweet that votes were “tabulated by a Radical Left privately owned company, Dominion, with a bad reputation & bum equipment.”

This claim originated from that same OANN report that said Dominion was owned and operated by high-profile Democrats. Dominion is a privately-run company and not required to disclose financial reports. It is, however, required to disclose its lobbying practices. Since 2018, Dominion has retained Brownstein Hyatt Farber Schreck to lobby on its behalf, according to Open Secrets. The firm’s employees have donated to Democratic and Republican lawmakers.

“Weatherman Phil Connors is doomed to repeat the same day over and over again: ‘I wake up every day, right here, right in Punxsutawney, and it’s always February 2nd, and there’s nothing I can do about it,’” Totenberg wrote. “The Court can relate; it feels like it’s February 2nd in Punxsutawney.”

Totenberg allowed the machines to be used in the 2020 primaries and general election, with the understanding that the machines would then be subjected to a thorough investigation and examination from the state and independent cybersecurity experts in the future.