President Trump could emerge as the winner in Pennsylvania at the end of election night on November 3, and if that happens he might even claim a Pennsylvania victory and dispute any votes that haven’t already been counted.

The key phrase in this scenario is “election night.” By the afternoon of November 4, the president’s lead might well have evaporated as the state’s 67 counties post the count of millions of mail-in ballots. The phenomenon, known as the “Red Mirage” and the “Blue Shift,” refers to a delayed reaction resulting from the fact that twice as many Democrats as Republicans tend to vote by mail.

The nightmare scenario — at least for Trump opponents — is that the president, citing massive mail ballot fraud, will seek to have some or all mail-in votes declared invalid and take his case to the US Supreme Court, where Justice Amy Coney Barrett adds what is expected to be a reliablly pro-Trump vote to the nine-member court.

Another possibility that worries local election officials is that lawyers for the Trump campaign will convince a judge to issue a temporary injunction on Election Day that stops them from counting any mail-in ballots until the campaign’s claims of voter fraud are resolved in court. That could delay counting by weeks or more.

These potential problems are the unintended consequence of the success of Democratic campaigns to encourage mail-in voting in this first year of “no excuse” mail balloting in the state. In the past, voters could only file absentee ballots if they swore in their ballot application that they would be out-of-state or too ill to vote in person on Election Day.

In previous years, the number of absentee ballots in the state numbered in the thousands. This year, in the midst of the COVID-19 epidemic, more than 3 million voters applied for mail-in ballots, and 1.9 million — about 64 percent of mail ballot recipients — are Democrats, according to data compiled as of October 20. (The deadline for applying was October 27, so the numbers may change as new applications are processed.) 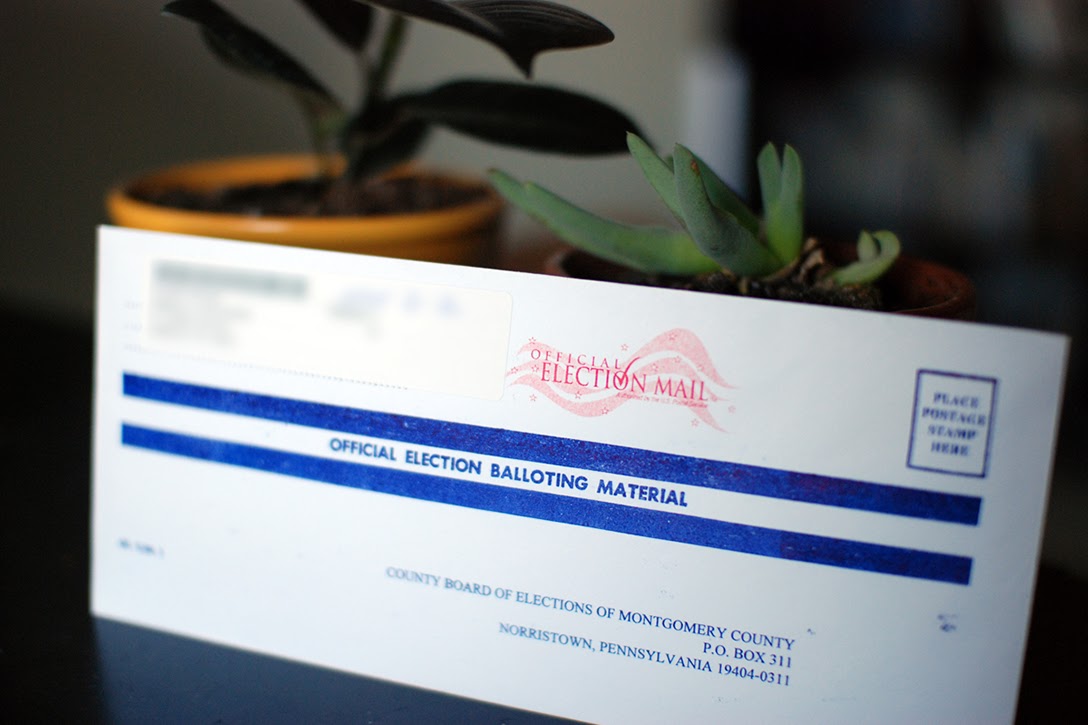 This swirl of numbers boils down to a single salient fact: On Election Day, 2.7 million Republicans will be eligible to vote in person, compared to 2.3 million Democrats. Advantage to the Republicans.

Now, a series of propositions: If voter turnout among all parties is 70 percent, and 74 percent of Republicans vote for the president, as expected, he could end Election Day with an apparent lead of 70,000 or more votes, which is slightly better than the 44,000-vote margin he got in Pennsylvania in 2016.

For the Trump campaign, this is a beautiful theory. But it is likely to be destroyed by the wave of mail-in ballots being counted and posted by counties on election night.

The two parties have been engaged in a ferocious tug-of-war most of this year over mail-in ballots.

The Republicans have relied mostly on the courts, filing case after case in state and federal courts to challenge aspects of the voting law, all of them designed to trip up attempts to use and count mail-in ballots. The Party has lost nearly all of these cases.

The Democrats — joined by Republican election officials in the state’s 67 counties — have rushed to automate the processing and counting of mail-in ballots, using local government money, grants from the state, and some contributions from private foundations. The key machine, in all the counties, is a high-speed scanner that can process and count up to 2,500 ballots an hour, with results tabulated and recorded to a USB stick.

Generally, the automation effort is nonpartisan and is designed to avoid a repeat of the situation that revealed itself in the June primary, when a number of counties attempted a tried-and-true hand count of ballots, a process that had sufficed when a small county received 400 or so absentee ballots, but did not work well at all when there were 5,000 ballots to count. Because of COVID-19 and the new “no-excuse needed” ballot law, election offices were swamped with ballots in the primary, and it took some two weeks to complete their count.

The situation has improved since then.

Clinton County, a largely rural county in north-central Pennsylvania, has 22,000 voters and expects to have 5,000 mail-in ballots. Their counting process still relies on human beings to open the ballots, with electronic letter openers, and to unfold and flatten ballots, but it has three scanners, plus a fourth in reserve in case one breaks down, to handle the remaining task.This information comes from Jeff Snyder, a Republican who heads the county commissioners.

Clinton and all other counties are hampered by the fact that they cannot begin processing mail-in ballots until 7 a.m. on Election Day. The state’s county commissioners asked the Legislature to move that deadline back to 7 a.m. on October 31, three days before the election.

The Republicans who control the state Legislature refused even to consider the bill and left town last week until after the election. The original deadline stands.

But, technology may trump (no pun intended) the politics of the count. Clinton County has hired additional workers to open the ballots. It is possible all of them will be counted and added to the county’s total at 8 p.m., the time the polls close, or by midnight of Election Day.

Trump won Clinton County in 2016 with 65 percent of the vote. He will win again this year when it comes to in-person voting, and probably even with the mail-in votes.

It is a different story in Philadelphia, the state’s largest city, which is relentlessly Democratic. In 2016, Trump got just 15 percent of the vote. Hillary Clinton won the county by a margin of 475,000 votes.

The GOP’s Last Hope in Pennsylvania

This helps explain why the president is obsessed with Philadelphia this year, portraying it as a cesspool of election fraud and abuse. “Bad things happen in Philadelphia,” Trump has said — and they certainly have happened to him.

In the final count, Trump may get less than a 15 percent share of the Philadelphia vote this year.

Election officials in the city are primed to process mail-in ballots as quickly as possible on Election Day using “ballot extractors,” machines would not seem out of place in a Harry Potter movie, to open mail-in envelopes and extract the ballots, which are then unfolded and laid out by a legion of workers hired for the day. The ballots will then be fed into the city’s 12 scanners, which can count 32,000 votes an hour.

Election workers expect to begin feeding mail-in ballots into the scanners beginning at noon on Election Day (they will use the time before to open and flatten the ballots). If the process runs smoothly (and it rarely does), the city could have about 250,000 mail-in ballots counted and the results released shortly after the polls close at 8 p.m. The election bureau will release figures from an additional batch of ballots at midnight, which could bring the total processed and released to 325,000.

The city, which has 1 million registered voters, expects about 400,000 votes to be cast by mail. If that holds true, the rest of the mail-in ballots will be counted in the days after the election; election officials hope to have the entire process completed by the Friday of election week.

Given the advantage Biden has held in the polls in Pennsylvania, the quick release of mail-in ballots in Philadelphia and other Democratic counties is likely to explode the Trump campaign’s hope of being the “winner” on November 3.

Trump’s dream of winning the state may become a nightmare when the bell tolls midnight in Pennsylvania on election night.