Gun violence is a uniquely American problem that has left the rest of the world scratching their heads over how a country could choose guns over the lives of its citizens. We have looked at various aspects of this issue and here are some of our top articles from this year.

Youth Suicides by Firearms Are on the Rise — Youth suicides by firearms are increasing, yet no federal laws focus on preventing these deaths, leaving children victim to minimal mental health access and loose gun laws.

Mass Shootings: In Black and White — The largest mass shooting in New York City in more than five years was largely ignored because it involved people of color — reflecting a wider, ongoing trend.

16 Crazy Things Americans Did With Guns — True stories, from the tragic to the grotesque, of people shooting at other people, and at things — for reasons that boggle the mind. 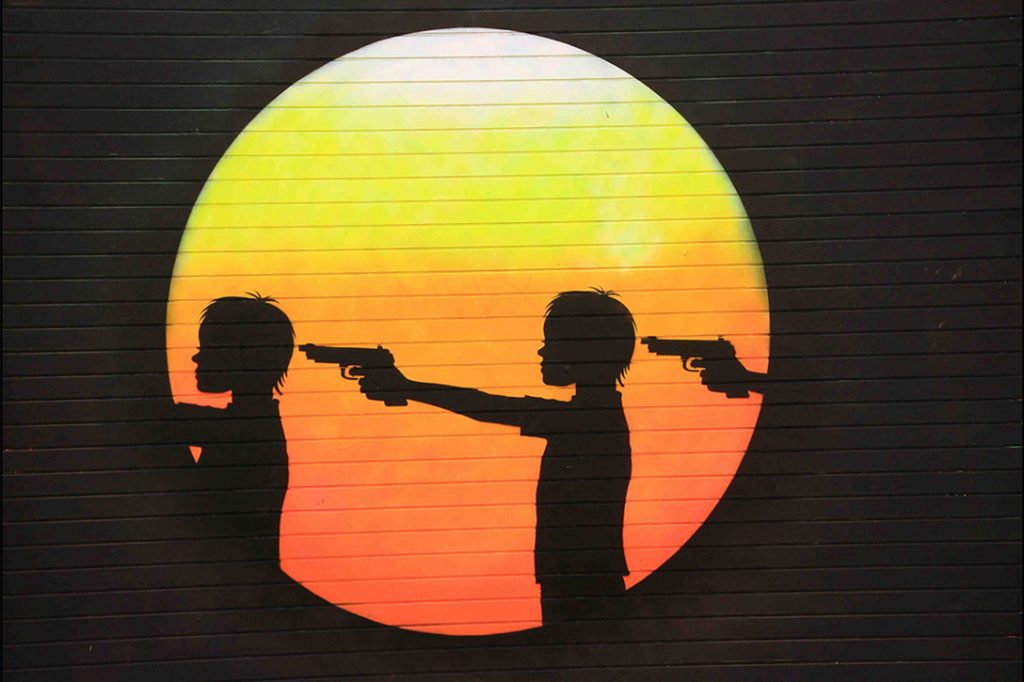 It’s a Maze, It’s a War Zone — It’s a US School: With two teenagers just killed at the latest school shooting in Southern California, WhoWhatWhy asks whether brick-and-mortar solutions can save lives.

Inside the Mind of the American Mass Shooter — Latest research reveals how suicidal thoughts, personal crisis, and desperation are often the dark subtext to mass shootings.

Fear of Mass Shootings Strains America’s Psyche, Survey Finds — Mass shootings do not just affect the victims and their loved ones. They are a major strain on the psyche of most Americans, a new poll finds.