I once saw a man kill a bee.

He was sitting outside a cafe, and the bee had been minding her own business, investigating the flowers at the next table. The man rolled up the magazine he’d been reading, and gave the bee a fatal swat with it.

I did not call 911, but wanted to inflict a lecture on him. If it were not for bees and other pollinators, there would have been no flowers on his table, no cotton for his shirt, no elastic to hold up his undies, no tequila and fruit juice for his drink, none of the ingredients in his guacamole — and maybe no hamburger, since bees pollinate the clover and alfalfa that cows live on.

As zoologist Jon Hoekstra explains in our featured video, “One in every three bites of food we take … was probably helped along by a bee. Among the top 100 crops that make up 90 percent of people’s diets around the world, bees are responsible for pollinating more than 70 of them.”

And then there are all the products made with beeswax and/or honey: medical wound dressings, skin creams, lip balm, varnish for stringed musical instruments — to name only a few.

Bees create jobs, and make money. The value of their pollination is estimated to be around $16 billion in the US alone. And, as Dr. Hoekstra points out, bees are essential to our ecosystems, for plants and forests are natural systems that protect our soil and provide clean water

And bees do it all for free. 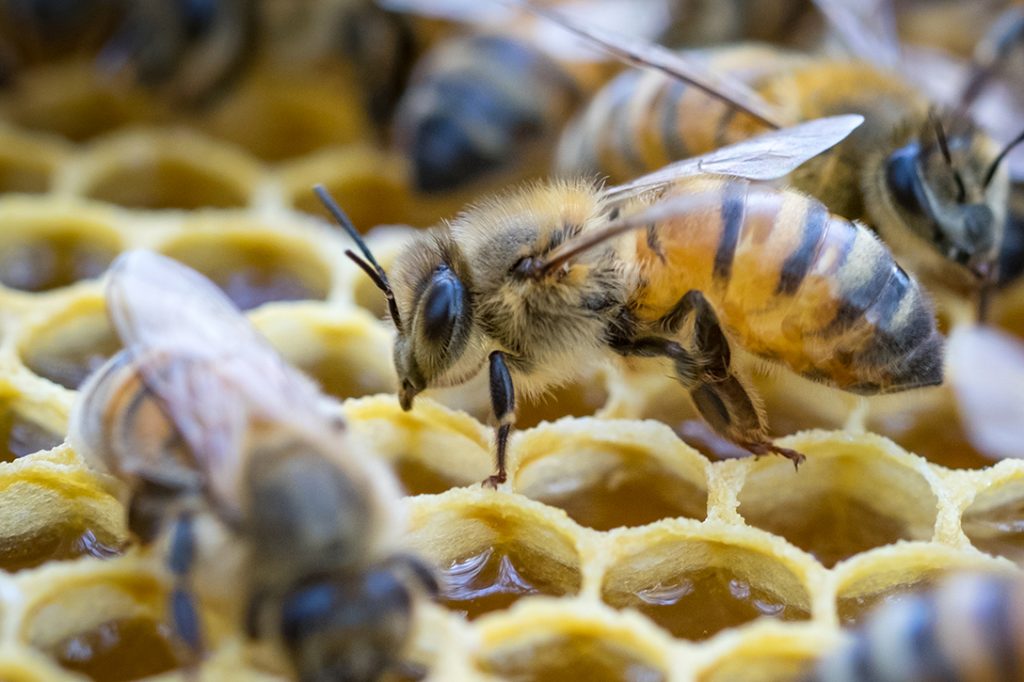 What would the world be like without bees and other pollinators? Let’s hope we never find out, but it is not out of the question.

Many bees are dying, and it’s not completely understood why. Fungi have been blamed, but pesticides — such as those based on nicotine —  seem to play a big role in bee colony collapse.

And pesticides with glyphosate, such as Bayer’s Roundup, have been blamed for the decline in bee populations. Its makers claim it is safe because it targets an enzyme found only in plants and microorganisms. But researchers report that it could indirectly harm bees by disrupting the protective bacteria in their guts. They found that, when challenged with a common bee pathogen, bees exposed to glyphosate died at higher rates than unexposed bees.

Climate change is another killer of bees, among other things.

Here are two charming videos that we hope will endear bees to you, and motivate you to find a way to protect them, as well as our planet.

2 responses to “Bees: Bugs You Cannot Live Without”