(BEIJING) — With a series of attacks, President Donald Trump tried to make Chinese electronics giant Huawei one of the casualties in the trade war between the US and the Asian superpower. But Chinese consumers have made it an act of patriotism to buy the company’s products.

Amid the escalating trade tensions, Trump seeks, in particular, to cut Huawei’s access to the US and European technology markets. While US national security officials have always been suspicious about the cozy relationship between the tech giant and the Chinese government, Trump has made Huawei the next trade war battleground.

A flashpoint in this confrontation was the arrest of Meng Wanzhou, Huawei CFO and daughter of company founder and CEO Ren Zhengfei, in December 2018. The US Justice Department made a number of allegations against Meng, accusing her of bank fraud that helped Huawei profit by evading US sanctions against Iran.

At the request of the US government, the Royal Canadian Mounted Police arrested her as she changed planes in Vancouver. While the Trump administration is pushing Canada to extradite Meng to the US to face charges, China is pressuring Canada to release her.

The arrest really ruffled the Chinese. Attacks from the US have given the company a heroic reputation at home, and customers have started doing their part to help it prosper. A “Switch-To-Huawei” fever has gripped the country as consumers now view purchases of the company’s products as a way to protect China against foreign pressures.

“The arrest of Meng Wanzhou has made Huawei a patriotic icon,” a salesperson at a Chinese electronics store told the Financial Times.

In an interesting twist, Huawei’s boss tried to persuade his compatriots to leave patriotism out of buying decisions.

“Do not equate patriotism with buying only Huawei mobile phones, or boycotting foreign products like Apple and Samsung,” Ren, the Huawei CEO, said at a press conference in Shenzhen on May 21. “One cannot be deemed patriotic simply for using Huawei products, or the other way round.”

Ren’s cool-headed speech only raised his stature among Chinese consumers. They now perceive his non-hostile attitude as a form of magnanimity, saying that it shows he is not trying to capitalize on the situation. 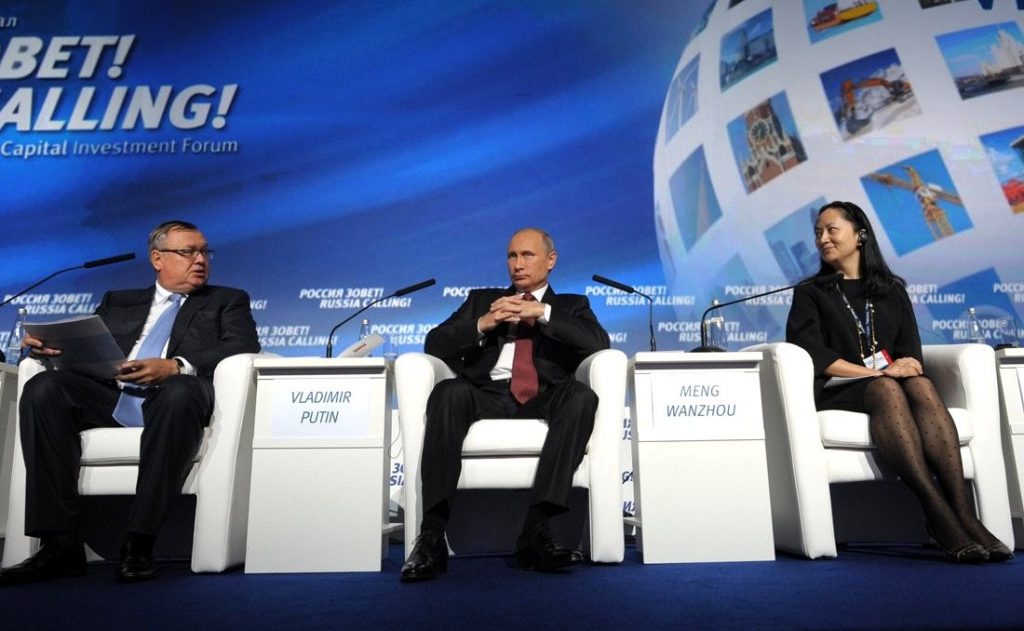 “I feel that Huawei is less concerned about its own profits than about the bigger picture [for the country],” said Shen, a Chinese college student from Beijing, who decided to purchase a Huawei product despite Ren’s words.

Shen, who studies finance in college and asked that her full name not be used, believes that although the power of her individual purchase is minimal, if enough of her compatriots join her, their collective action will help Huawei thrive.

“[Our Huawei purchases] would serve as a weathervane for big investors,” Shen told WhoWhatWhy.

Boosted by the enthusiasm of millions of people like Shen, Huawei’s domestic sales have been skyrocketing.

In the first quarter of 2019, Huawei smartphone sales in China jumped over 41 percent compared to last year, winning a solid third of the Chinese market, according to the latest data from MacRumors.

While sales of Huawei products soared, Trump’s strategy has backfired for US companies. Apple, which used to be a favorite of the Chinese people, suffered a huge slump as its market shares shrank 30 percent in the first quarter of the year down to 7 percent, according to MacRumors. 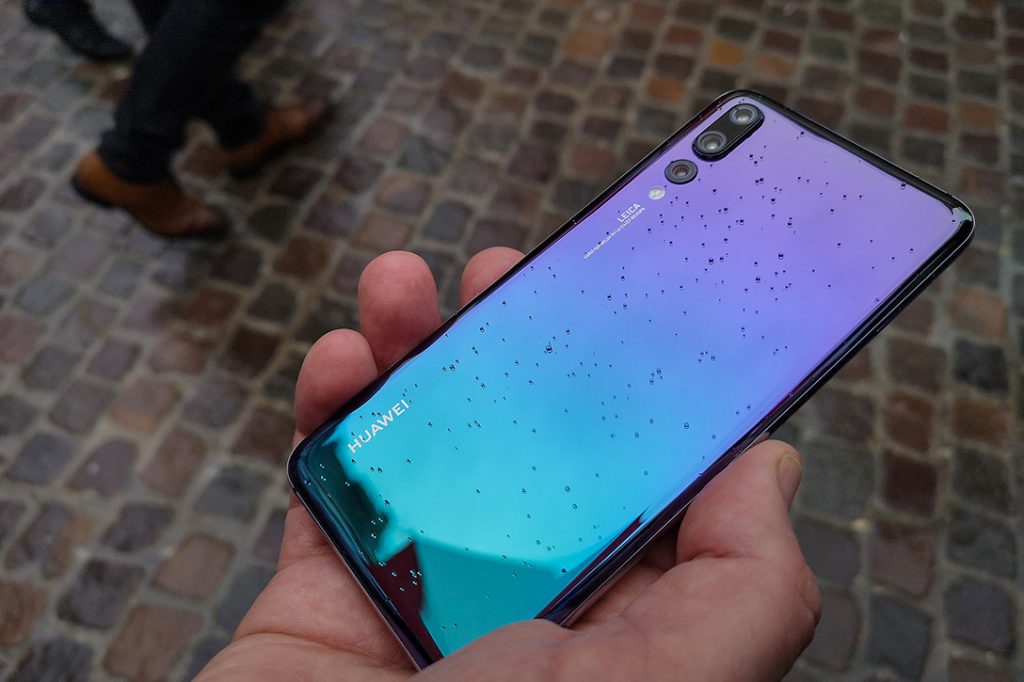 The Huawei P20 Pro was released in 2018 and was comparable in many ways to the iPhone X. Photo credit: GillyBerlin / Wikimedia Commons (CC BY 2.0)

“[The patriotic boycott] feeds into a long history of feeling western countries, especially the US now, are trying to keep China down,” said Karl Gerth, a history professor at the University of California, San Diego.

“[The behavior of Chinese consumers] is an understandable way of attacking what they perceive as American hegemony,” added Gerth, who studies links between Chinese nationalism and consumerism, told WhoWhatWhy.

This is not the first time Chinese consumers have used their buying power in defense of their country after perceived attacks.

At least three waves of patriotic boycotts have hit Japan, a long-time rival of China. The first took place during WW II, when patriotic Chinese youths protested the Japanese invasion in China; another occurred in 2005, when Japan passed a new version of a history textbook that allegedly covered up war crimes it committed during WW II; the latest happened in 2012 over territory disputes between the two states regarding the Senkaku (Diaoyu) Islands. During the patriotic boycotts, storefronts selling Japanese products were destroyed and Japanese businesses suffered sharp slumps in sales.

Carrefour, the French supermarket chain, experienced protests in 2008 when pro-Tibet independence activists in Paris sabotaged the Olympic torch relay and tried to take the flame from disabled athlete Jin Jin.

South Korean retail giant Lotte also suffered from enraged Chinese consumers in 2017, when it offered its land to the Korean government to house the US Terminal High Altitude Area Defense (THAAD) system.

While some consumers have acted on their own initiative, the Chinese government has also taken measures to fuel anti-American sentiment.

The state mouthpiece People’s Daily published a series of articles praising Huawei as a “pillar of the nation.”

“In the face of extreme pressure from the United States, Huawei has prepared its armament,” another report commented, applauding the company’s self-developed operating system as a worthy rival to Google’s Android. Google had ended its support for Huawei products following Trump’s executive order.

“I see a lot of news praising that Huawei gave its own chips traditional Chinese names and that this reflected the company’s Chinese root,” a Chinese Huawei supporter, who preferred to remain anonymous, told WhoWhatWhy. “It really lifted up my long-lost patriotic sentiment.”

Other Chinese companies rallied around Huawei. Nikkei Asian Review reported that a number of employers have offered financial rewards to workers who make Huawei purchases.

In some cases, employees were threatened with having their bonuses withheld, their wages garnished, or even being fired if they didn’t “buy Huawei.”

The report also says that more than 20 Chinese companies vowed to use Huawei products as company operating systems, such as business management.

Exploiting patriotism to fight the trade war is by no means just a Chinese tool.

Some businesses in the US also see international trade disputes through the lens of patriotism. Although Trump’s tariffs against China have led to major reductions in certain farm exports, some US farmers enthusiastically support the president’s hardline.

Henry Olsen, senior fellow at the Ethics and Public Policy Center, told NPR that Americans are more likely to tolerate the fallout from rising tariffs if they perceive that American values are at stake.

“I think you have an element of patriotism,” Olsen said. “People recognize that the Chinese government is not a free government, it’s not a democratic government, and that it’s increasingly becoming a threat to us and the other countries that do believe in those things.”

A New York Times podcast, hosted by Natalie Kitroeff, reported that “workers and business owners all across the country … see the fight between the US and China as bigger and more important than the personal cost it might have to them in the short term. They value the fact that President Trump is willing to fight that fight. It’s patriotic.”

“This is a generic part of modern nations,” Gerth told WhoWhatWhy. “Many countries that I know have had a ‘national product movement,’ as I call it.

“Even America’s Tea Party [in 1773] a turning point in US history, was a ‘boycott’ on British product,” Gerth added.

Ultimately, it remains to be seen whether a nationwide “Buy Huawei” movement at home will protect the company from losses abroad as a result of sanctions. But it is interesting that the top-down effort spearheaded by Trump seems to be less effective than the bottom-up approach of Chinese consumers shoring up the company with their purchases.

At the very least, it reflects that China and the ruling Communist Party possess a huge advantage in a trade war: the undivided, unconditional trust and respect from the majority of its people.