More than 100 years ago, in September of 1899, a category 4 hurricane hit Puerto Rico, killing 3400 people. A headline in the New York Times revealed the attitude of the day:

Hurricane Deprived Lower Classes of All Means of Livelihood

MANY PEONS ARE STARVING

Such expressions — “lower classes,” “peons”— are painful to our modern, presumably enlightened sensibilities, but they are used in private by far too many people in the US today. And we wonder if the attitude reflected by these words is the real reason why the US government has done so little to save Puerto Rico. A statement signed by over 200 scholars, professors, writers, and Latin American experts contains these heartbreaking words:

“Efforts are delayed for a population that the federal government considers expendable.”

The situation is of course much more complicated. Below we present a small collection of insightful comments from a variety of sources on the issue. While it is complex, it is also tragically simple.

Puerto Ricans are not citizens like the rest of us, because Puerto Rico is not a state. It is a so-called commonwealth of the United States, whose people are denied electoral representation in the federal government that decides their political destiny: no voice in Congress, no vote in Presidential elections. This arrangement, born of America’s conquest of the island, in the Spanish-American War, makes the islanders more like colonial subjects than citizens of a democratic republic. They are, in effect, second-class citizens.

I think that one of the problems that is facing Puerto Rico is that the present administration and a lot of the majority members of Congress don’t know exactly where Puerto Rico fits in [with] the narrative of the United States. I’m not quite sure that they understand the history. I’m not quite sure that they understand that we’re not foreigners, that we are, again, US citizens, that Puerto Rico was made a part of the US after the Spanish-American War. 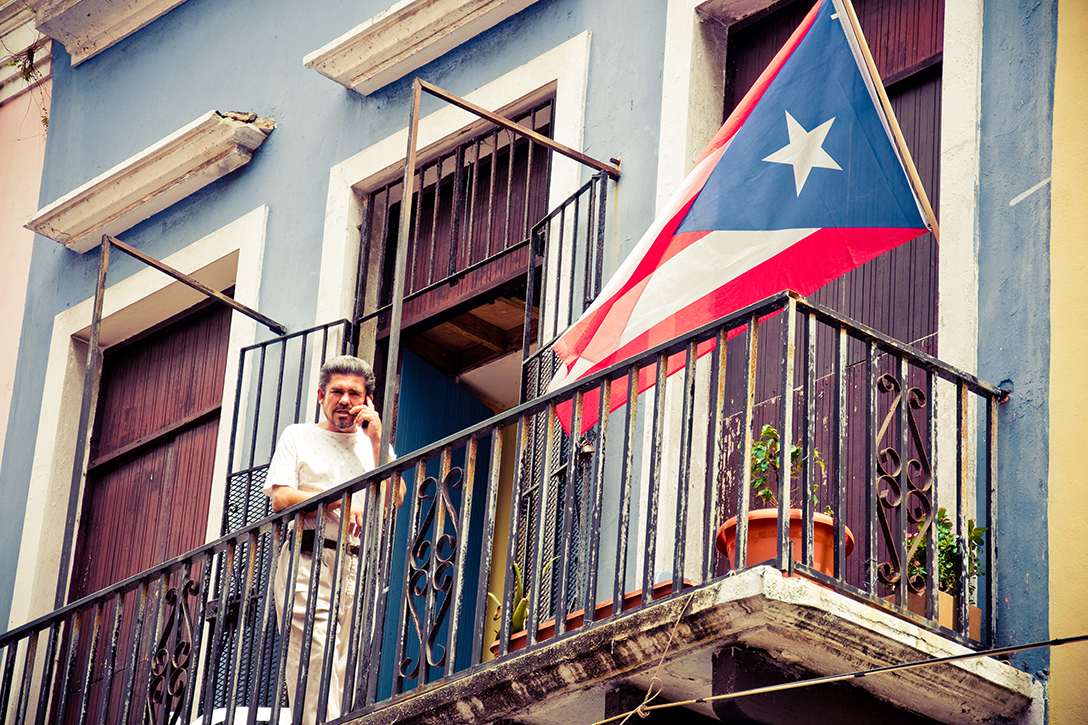 Hurricane Maria has exacerbated existing fault lines in the territory’s health system, because before the storm, Americans in Puerto Rico had access to care that is equivalent to some of the worst on the mainland. Comparing Puerto Rico to Mississippi, the poorest state and the one that consistently ranks last on The Commonwealth Fund’s state health system scorecards, reveals some of the island’s challenges.

Approximately 6 percent of people on the island lack coverage, compared with 12.7 percent in Mississippi and 9.4 percent across the nation. But coverage alone does not guarantee that Puerto Ricans receive the health care they need and, indeed, fewer Puerto Rican adults receive recommended cancer screenings, vaccines, and immunizations than counterparts on the mainland. Puerto Ricans are more likely to report greater health needs, with 34 percent reporting “fair or poor” general health, as opposed to 23 percent of adults in Mississippi and 18 percent on average nationally.

Puerto Rico is much poorer than any American state, and relies more on public programs like community health centers, Medicaid, and Medicare. But because it is a territory, it gets less money and resources from the federal government to fund these programs than it would if it were a state.

Puerto Rico was especially vulnerable to a disaster like a hurricane, the group [Refugees International] says, because of its aging population, poorly maintained infrastructure and lack of emergency management assets, like helicopters and backup generators. “In light of these known limitations,” the report says, “it is troubling that it took five days before any senior federal official from the US mainland visited the island.”

Comparing it with past natural disasters, such as the 2010 Haitian earthquake, the group found the US response lacking. In Haiti, the group says 8,000 US troops were deployed to the island within two days of the disaster. In Puerto Rico, it took 10 days for 4,500 US troops to arrive. Central to FEMA’s problematic response, Refugees International says, is that the federal agency is designed to supplement local and state disaster response efforts. But in Puerto Rico, the group found, municipalities and the Commonwealth had “limited capacity and ability to respond.”

According to the New York Times, roughly one-third of 425,000 Puerto Rican homeowners have fallen behind on mortgage payments, and with jobs scarce after the hurricane, that number will likely grow. In fact, the economy of the island could collapse, as the Republican tax bill imposes a 20 percent tax on offshore exports — a category that includes Puerto Rican manufacturing. But if you think America learned lessons from the orgy of illegality that accompanied foreclosures in the United States after 2008, just look to Puerto Rico. Despite new rules to prevent foreclosure fraud, Puerto Rico appears to be Exhibit A in its continuation — and it’s only just beginning.

Foreclosures ravaged Puerto Rico even before Maria, up 130 percent in 2016 relative to a decade before. Adding two hurricanes to the equation makes the island’s residents ripe for a gargantuan ripoff. 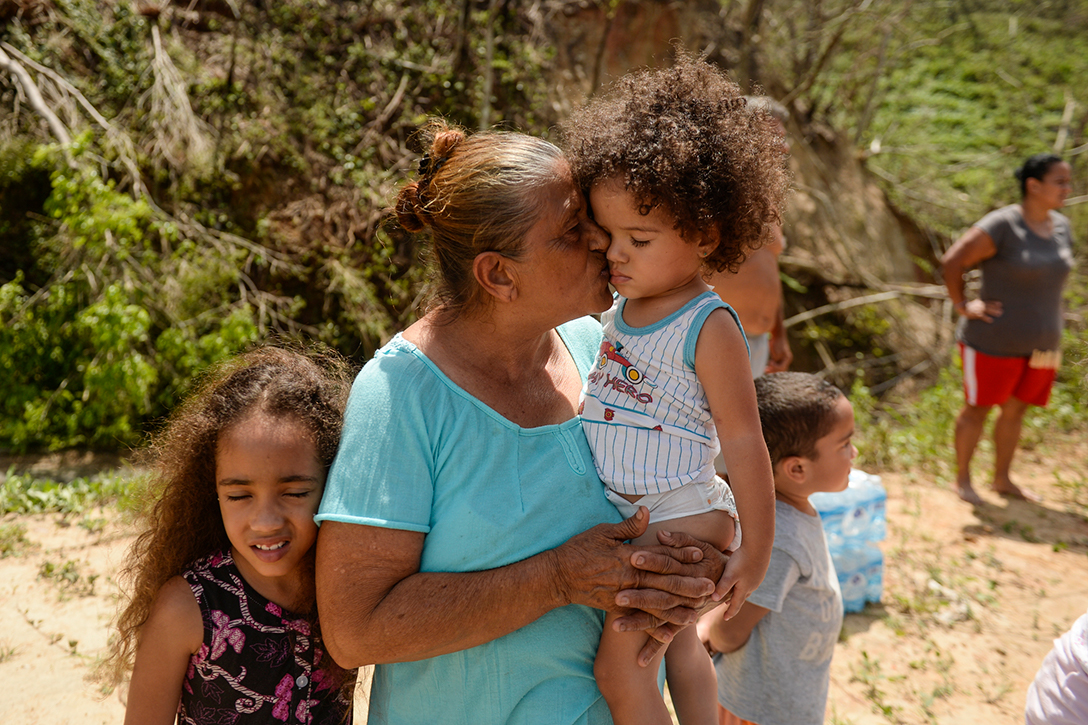 “What Puerto Rico Needs” remains the question. It must be taken up as a priority by Congress, and generous federal assistance must be voted soon. But the need is immediate, and every part of American society must respond. That begins by paying attention. Last Friday, as Maria moved out to sea, Andrew Cuomo, the governor of New York, visited Puerto Rico; back in Manhattan two days later, he held a press conference. “Instead of arguing with football players, focus on the Americans that are in desperate need,” Cuomo said. Here, too, an echo from the deep past could be heard. In another Times article from 1899, “Help for Puerto Ricans,” the governor of New York at the time, Theodore Roosevelt, said, “They have been in a moment reduced to complete destitution. Their homes have been swept away, their businesses prostrated, their occupations stopped. Thousands of families are without roofs, without clothing, without food.” That such compassion could come from the former commander of the Rough Riders, the cavalry regiment that helped end the Spanish-American War and, by extension, set the American empire running, only emphasizes our current failure of empathy. Roosevelt concluded, “I appeal to the people of the great State of New York to lead in giving them the relief so urgently needed.”

“Everybody has seen the damage of the storm and yet policy decisions go in the opposite direction of where they should go. We’re not just going to stand by. We are going to take action.”

Puerto Rico Gov. Ricardo Rosselló on Puerto Ricans living elsewhere in the US getting organized and voting to help the island’s interests, Politico

“People are breathing toxic air because of the diesel generators, the water is polluted and they don’t have rooftops, highways haven’t been fixed,” says Elizabeth Yeampierre. She’s an attorney and the executive director of UPROSE, a Latino community organization in Brooklyn.

“Communities are completely isolated and they don’t have access to health care” says Yeampierre, “100 days is an indictment of the US and its lack of commitment to Puerto Rico,” she says.

This is why I am sure Maria has caused permanent change in Puerto Rico. I am certain that this generation will be forever marked by this extreme event. It is not overly dramatic to say that in our lives on this island, there will always be a pre-Maria and a post-Maria.

So why are more than 1,000 deaths missing from the official count? My colleagues and I suspect it may come down to how deaths are recorded by government officials. …

For example, Hurricane Maria destroyed Puerto Rico’s power grid. So, someone whose life depended on a dialysis machine would no longer be able to use one. In official certificates, their death would be classified as kidney-related and not attributed to the hurricane — even though the death was accelerated by lack of resources required by the patient to stay alive.”

Will privatization and austerity pit the interests of Puerto Rico’s bondholders against those of its citizens? In the wake of the Whitefish scandal, can private actors be counted on to refrain from exploiting an island in need? And, on an island with a diminishing population where the power authority and its debt albatross — along with its teetering power monopoly — are critical for political control, will the bondholders or the citizens win out? The answer will likely determine when the lights come back on, and if they’ll stay on through the next inevitable storm.

If key government disaster planning is well communicated and understood by people on the ground before a disaster strikes, it can make it much easier to navigate the inevitable chaos and confusion a storm like this brings ashore. Unfortunately, this was not the case for Puerto Rico’s hurricane disaster plan.

The public must be aware of disaster plans. Keeping disaster response plans secret would be like keeping school fire drill instructions hidden from the teachers and students.