Wells Fargo recently warned its investors about a possible downturn in the value of bitcoin after the digital currency’s value soared to a record-breaking $3,000 in early June. The world’s second-largest bank typically abstains from such speculations, but bitcoin’s growing influence in the financial world is becoming nearly impossible for banks like Wells Fargo to ignore.

Bitcoin, first released in 2009 by an unknown individual or group of individuals, is a digital currency system that is largely decentralized. The platform works more like a peer-to-peer file sharing program than a traditional bank, since individuals deal directly with each other rather than through a third-party.

Every transaction is added to a sort of digital ledger that can be accessed by anyone who is a part of the Bitcoin network. All users own a personal copy of this ledger, known as the blockchain. This makes it nearly impossible to commit large-scale fraud through the blockchain itself, since there’s no single hub that can be compromised.

In an ordinary financial system, each transfer of money is verified and approved by a trusted institution. Without the safety and accountability of a central authority, bitcoin encourages users to crack a mathematical equation in order to prove that the transfer of currency is valid. Those who participate, known as “miners”, receive financial rewards — in the form of new unlocked bitcoin — as an incentive for proving the veracity of a particular transaction.

The most hardcore bitcoin enthusiasts tout the currency’s ability to empower the two billion unbanked individuals across the world who have traditionally been cut off from international commerce and financial safety. But that is predicated on one’s ability to actually obtain the cryptocurrency, which in most cases requires access to internet infrastructure and at least some degree of technical knowledge.

As bitcoin goes mainstream, many traditional banks believe that investment in the growing digital currency industry is vital to their own success. Yet bitcoin’s ideologically resolute early adopters, whose original intent was to undermine those big businesses and central banks, view the centralization of bitcoin as perhaps its biggest threat. Some of the most loyal bitcoin pioneers, including London-based entrepreneur Akin Fernandez, say the digital currency’s features can’t be successfully replicated into a centralized monetary system.

Fernandez is a bitcoin purist through-and-through, and like many vehement cryptocurrency activists, that’s largely due to his political orientation. Informed by a strictly libertarian ideology, he sees the digital currency as a nearly utopian tool for undermining State authority and achieving economic freedom. That makes him especially suspicious of bitcoin storage applications that even remotely resemble a conventional banking system.

Fernandez holds a particular distaste for Coinbase, one of the most widely used digital wallets used to store bitcoin online. 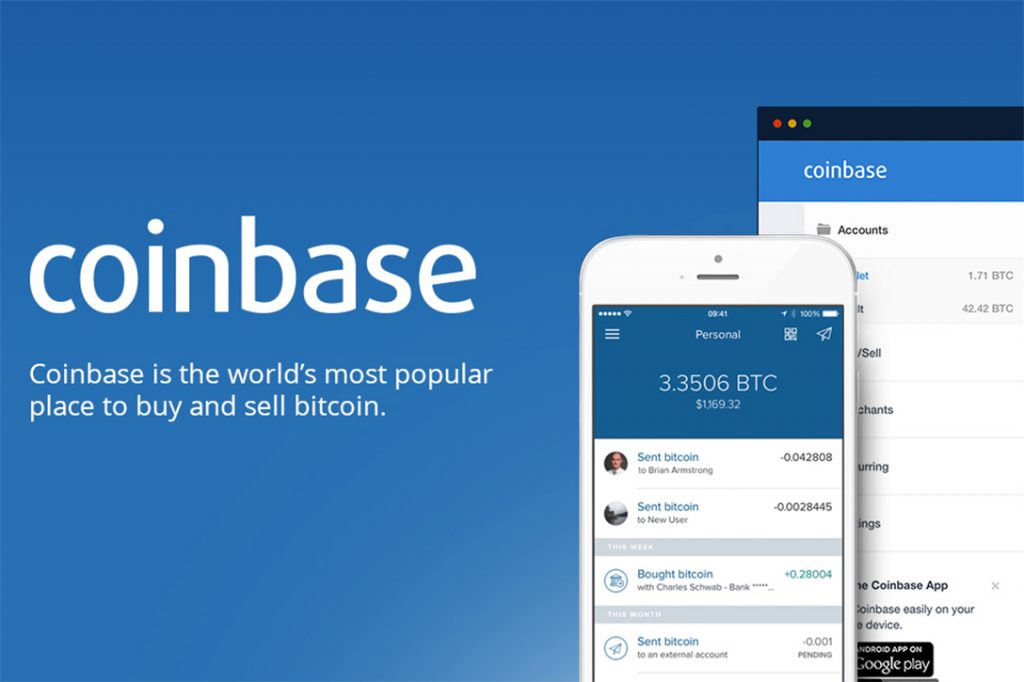 “Coinbase comes from the Goldman-Sachs banking culture,” he tells WhoWhatWhy, finding particular issue with the degree of control the company possesses over users’ transaction keys.

Coinbase has been criticized by some for accepting investments from corporations like the United Services Automobile Association (USAA) and the New York Stock Exchange. It’s also faced a number of technical issues, including a website crash in May which sent many of its users into a selling panic.

That fear was entirely justified, especially after the downfall of the centrally-operated site Mt. Gox still fresh in trader’s minds. In the Mt. Gox incident, the company halted all transactions and eventually filed for bankruptcy after it was discovered that hackers had extracted roughly half a billion dollars worth of bitcoin from the site since 2011. Fernandez says those kinds of issues won’t end anytime soon for companies that do not adopt bitcoin’s core principles.

He explains, “They’re going to lose because the people that are coming after them — the second generation businesses — actually understand what bitcoin is because they come from bitcoin culture.”

Fernandez hopes to be among those second-generation innovators. He’s developing a new system known as Azteco which allows consumers to obtain bitcoin without the help of a third-party banking system. It works similarly to how one would add minutes to a non-contract cellphone. The customer purchases a 16-digit voucher from a local vendor and enters it online to instantly obtain his or her bitcoin, making it unnecessary to disclose any personal information, as other providers have required.

For now though, Dr. Campbell Harvey, professor of international business at Duke University, says the small trading fees on Coinbase and other popular digital wallet platforms are not as intrusive as some might suggest.

“At minimum, [bitcoin] makes the middle people more efficient,” he told WhoWhatWhy. “So, for example, I have no problem dealing with Coinbase and dealing with their small ‘middle-person’ fee because it is very small compared to what a bank would charge me. So, they’re [still] disrupting banking.”

According to Harvey, it’s possible that banking companies might borrow techniques from Bitcoin to create their own competing digital currencies.

“Every major central bank in the world is investigating this technology because they realize that the future for them is in digital cryptocurrency,” he explains. “To go digital, they need to use blockchain technology. They know that this is the future, so they are not hesitant at all.”

While financial institutions race to grab a share in the digital currency market, smaller bitcoin startups continue to prove that they are a viable option, for casual customers at least. Although Azteco currently has a limited reach (its vendors are mostly confined to the London area) other bitcoin entrepreneurs are implementing similar methodologies in new territories.

The startup Genesis Coin, for example, has installed over 440 physical bitcoin ATM’s in malls and shopping centers across the world. At these locations, customers can instantly translate currency from their banking accounts into bitcoin vouchers to place onto whatever management platform they prefer. Yet, there’s been almost no implementation of this technology in the regions that have the most to gain, such as across the continent of Africa, where money transfer fees cost $1.8 billion annually.

Many politically-driven bitcoin startups argue that the essential premises of libertarianism and bitcoin are nearly indistinguishable: that they work best with the fewest regulations and barriers to entry and that investment in places like Africa will happen naturally over time. However, we know there are often catastrophic side-effects to any unregulated market as it interacts with real people who do not always act in perfectly predictable patterns.

And while most currency agencies (e.g., central banks) can attempt to stabilize a market by adding more money to the collective pool, bitcoin is inherently a scarce resource. The blockchain code is set up so that after 21 million bitcoins enter into circulation, there won’t be any left to mine, creating a sort of virtual gold standard. Greek economist Yanis Varoufakis argues that as the rate of bitcoin purchases increases while the supply of bitcoin remains constant, a dramatic deflation could occur. Bitcoin owners would likely be unwilling to spend their currency, knowing that its price would continue to rise exponentially, while businesses trading in bitcoin would face ever-decreasing profit margins.

Already, bitcoin’s value has fluctuated erratically in the online marketplace. In its early days, one bitcoin was only worth a fraction of a US dollar. Since then, the currency’s value has skyrocketed. In early June, bitcoin reached its highest trading rate yet, valued at over $3,000 by the CoinDesk Bitcoin Price Index. But that number has already dropped significantly, and despite analysts’ best guesses, there’s no telling where it’s going next, in the short-term at least.

Although bitcoin’s unique blockchain technology helps prevent traditional forms of fraud, it’s perhaps the most popular currency for purchasing illegal substances on the so-called “dark web.” Often combined with anonymous software which conceals users’ online interactions, bitcoin can be used to digitally purchase all things illegal, including drugs, sex, fake IDs, and weapons. It’s also the currency-of-choice for ransomware hackers, such as those behind the widely covered “WannaCry” attack in mid-May which targeted Microsoft computers across the world. That attack effectively compromised users’ computer data by encrypting it, then asked for bitcoin as ransom for its release.

Just yesterday, a major new ransomware attack known as “Petya,” with similar characteristics to WannaCry, began spreading across the globe and causing major disruptions. The ransomware demands $300 worth of bitcoin in order to decrypt the computer’s data.

But Harvey, the Duke professor, argues that using bitcoin for illegal purposes isn’t as safe as many might assume. He explains, “Those criminals don’t understand bitcoin. They think it’s anonymous, but it only has limited anonymity. When they’re caught, the trial is very short. Exhibit A is the blockchain with their transactions in it. And you can’t argue — you’re done. So, bitcoin is perhaps the last thing you’d want to use for criminal activity.”

Even with criminal issues set aside, the fundamental principles that make bitcoin more accessible in places like London aren’t always practical in less developed regions. A recent essay released by the United Nations Research Institute for Social Development (UNRISD) warns that bitcoin infrastructure excludes people who do not have the necessary credit to trade for the digital currency. Individuals with limited internet access have also been left out of the equation.

Additionally, UNRISD contends that bitcoin’s safety precautions might not be fully suitable for participants whose governments have yet to support digital currency. For example, it’s impractical to encourage rural farmers in South Africa who rely on local government protection to adopt a digital technology that is still unsupported by state institutions.

Although new bitcoin delivery methods may provide more accessibility and economic security for those who have access to them, it remains difficult for the majority of the two billion unbanked individuals across the world to efficiently trade the cryptocurrency. Those who have been forgotten by traditional financial industries are still waiting, as they have been since Bitcoin’s inception, for ATMs and voucher systems that will bring Bitcoin’s original political concept closer to fruition.

8 responses to “Bitcoin: The Power and Peril of Cryptocurrency”