No wall will stop rivers from crossing borders — a fact of nature that might create a major headache for the Trump administration in more ways than one.

Zinke’s comment, first reported by E&E News, has since attracted some negative attention, on the assumption he meant the wall would be built on the Mexican side of the border. Later his office clarified that he was merely pointing out the reality of natural barriers — features, like rivers, indifferent to national boundaries.

Where to put the wall, however, might be the smallest problem with regard to the rivers along the border between the United States and Mexico.

Under a 1944 treaty, the US shares water rights to three rivers that cross the US-Mexico border — the Tijuana and Colorado Rivers, and the Rio Grande. Historically, water-sharing on these rivers involves complex, often difficult, discussions. Today, drought conditions in the American West and growing political tensions with Mexico give those talks a new sense of urgency — and uncertainty.

Among the many diplomatic challenges the United States faces with its southern neighbor are international water rights on the Colorado River — a river system in the midst of a lengthy, 16-year drought. The 1944 treaty guarantees Mexico 1.5 million acre feet of water from the Colorado River annually. However, it is vague on how that water is to be shared during years when the river comes up short. Minute 319, a 2012 amendment to the treaty, established, among important water conservation policies, a drought contingency plan. That five-year pilot program is set to expire at the end of this year.

Despite the Obama administration’s efforts to get a new water-sharing deal, known as Minute 32x, signed before January’s inauguration, it remains stalled. Anne Castle, former Assistant Secretary for Water and Science in the Department of the Interior, told WhoWhatWhy that this issue needs immediate action.

Water levels in the Colorado River have been in steady decline for nearly two decades. Ongoing drought conditions place considerable stress on the system and the reservoirs it serves throughout the Colorado River Basin. Among them, Lake Mead — America’s largest reservoir — today sits at historically low levels; about 41% capacity. According to Castle, there is a “substantial probability” — approximately a one in three chance — that levels at Mead will fall below the established “drought trigger point” — 1,075 feet — requiring the Secretary of the Interior to declare a water shortage. “This river,” says Castle, “is in crisis.” 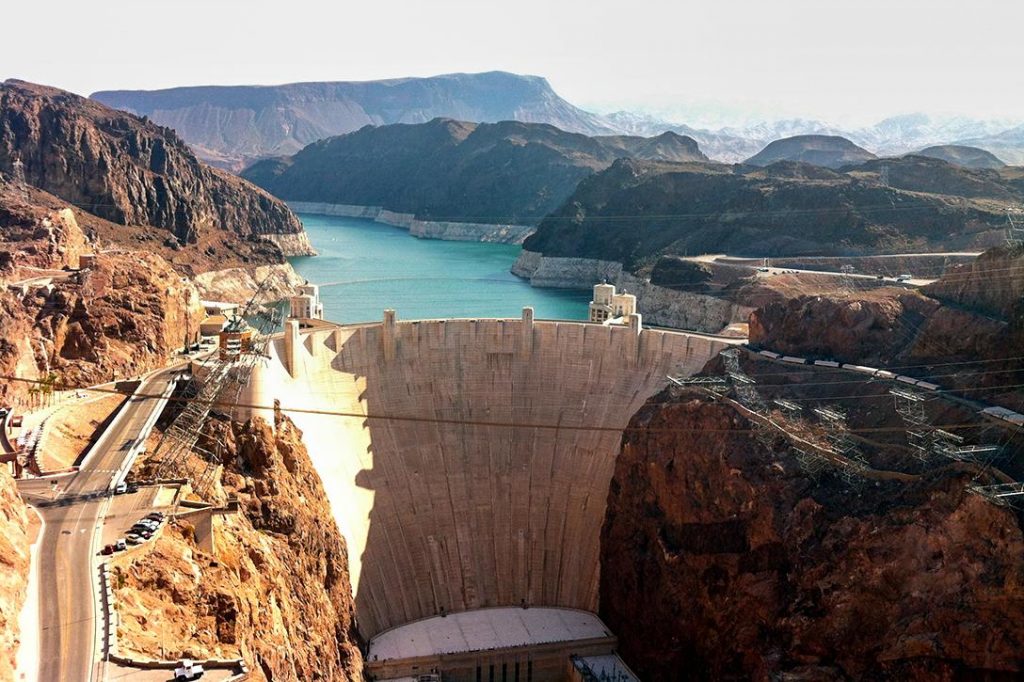 Hoover Dam is located in Black Canyon on the Colorado River, on the border between Nevada and Arizona. Hoover Dam forms Lake Mead. Photo credit: Sean MacEntee / Flickr (CC BY 2.0)

Commonly called “America’s Nile,” the Colorado River is the most heavily litigated and managed river in the United States. On its 1,045 mile journey south from the Rocky Mountains in Colorado to the Gulf of California in Mexico, coursing through seven US and two Mexican states, the Colorado River serves 40 million people, supports major metropolises like San Diego, Las Vegas and Phoenix, and provides 75% of the water used in local agricultural districts.

What is left of the river by the time it reaches Morelos Dam on the US-Mexico border, the last dam in the system, is diverted to irrigate fields near the Mexican city of Mexicali. A 2015 New Yorker article compared the carefully controlled system, of which every drop is claimed, to a “fourteen-hundred-mile-long canal.” That major waterway, say experts, is currently over-allocated and slowly diminishing.

The Colorado River, which cuts through nine national parks including the Grand Canyon, is integral to what John Fleck, director of the University of New Mexico’s Water Resources Programs, calls the southwestern identity. He points out that border communities, such as San Luis Rio Colorado, have seen little of their namesake’s waters for nearly half a century.

“Imagine,” he told WhoWhatWhy, “living by a river taken away from you.” Decades of overuse, he said, turned the Colorado River Delta — once described by naturalists as a lush wetland — into the “dry channel” we find today.

Fleck cites a recent study by Brad Udall and Jonathan Overpeck that fingered climate change “as one of the main causes” of the Colorado River’s diminished flow.  While the greater River system will not dry up, like its delta, anytime soon, it will, continue to experience critical decreases in water flow.

In March of 2014, a landmark environmental project laid the groundwork for restoring life to the Colorado’s barren delta. As part of a technique designed to mimic seasonal snowmelt, known as “pulse flow,” the gates of Morelos Dam were opened. Eight weeks of increased flows followed. The people of San Luis Rio Colorado celebrated the temporary return of their town’s namesake with live music and water games. Secretary Castle remembers the response as “amazingly affecting.” 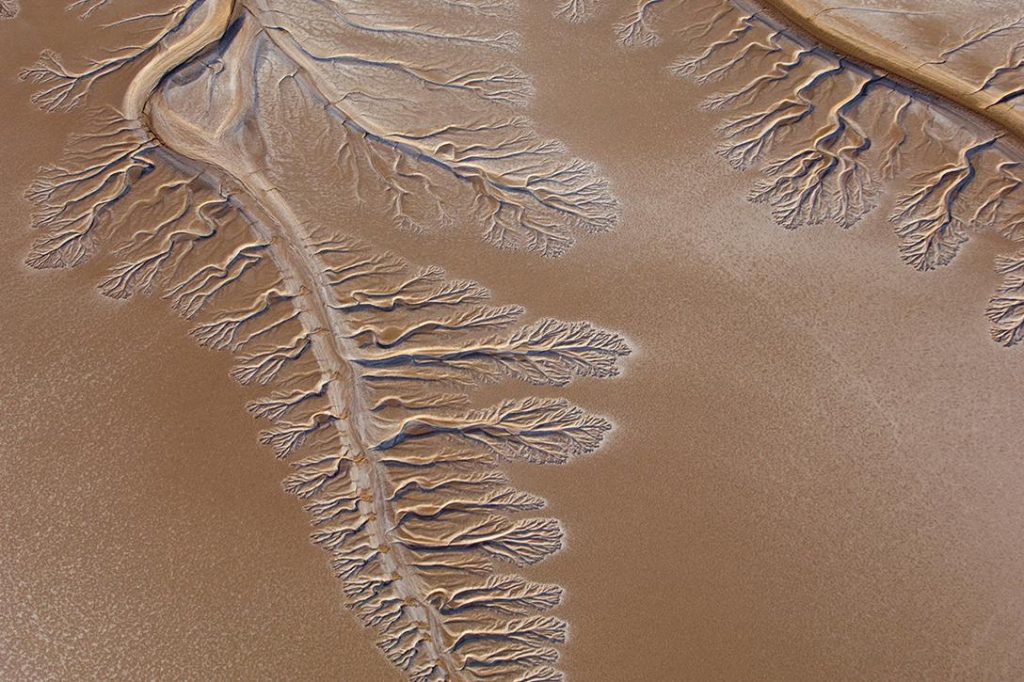 Colorado River Dry Delta, terminus of the Colorado River in the Sonoran Desert of Baja California and Sonora, Mexico, ending about 5 miles north of the Sea of Cortez (Gulf of California). Photo credit:  US Geological Survey / Wikimedia

The project was made possible in the midst of a drought by the cooperative policies outlined in Minute 319. The amendment not only works to promote the ecological health of the Colorado River Delta, it also contains a plan for shortage sharing, commits funds to improve water infrastructure and allows Mexico to store its allotted water in Lake Mead.

The greatest asset the US has for managing the effects of climate change on the River, according to Thomas Buschatzke, Arizona’s Director of Water Resources, is its relationship with Mexico.

“I can’t say enough how important it is to have Mexico as a partner,” he told WhoWhatWhy. “The more partners you have the more opportunities you have to develop effective tools.”

Allowing Mexico to store its water in Lake Mead helps keep water levels high enough to offset the drought trigger point. Additionally, in the event of a drought, both Mexico and the US must take the same proportion of shortages — meaning the burden of shortages is decreased by the number of stakeholders shouldering it. The agreement has thus far effectively staved off cutbacks and is enormously popular among Basin states. Minute 319, along with other water agreements signed over the past 10 years, says Buschatzke, represent a “relatively new relationship” with Mexico — one defined by a high degree of cross-border cooperation.

Current diplomatic policy and recent political rhetoric under the Trump administration, however, has already strained US-Mexico relations. The water-sharing agreement should be allowed to stand on its own, says Secretary Castle, but she fears it has the potential to become a “negotiating point” amidst “unrelated disputes” over issues such as NAFTA, the wall, and immigration.

Foreign Affairs Officer Sally Spener at the International Boundary and Water Commission, which oversees negotiations concerning the 1944 treaty, told WhoWhatWhy her agency’s work “seeks to find technical rather than political solutions,” to water disputes between the US and Mexico. Keeping politics out of a River that is a “vital” municipal and industrial resource, “affecting tens of millions of people in both countries,” is important to maintaining a constructive relationship.

Although, according to Fleck, there should be no partisan frame to this issue, this could be “one of a number of examples throughout history…where an agreement over a river was influenced by a broader relationship between two countries.” While water infrastructure development during the Second World War made cooperation between Mexico and the US mutually beneficial under the 1944 treaty, world events in 2017 may prove to negatively influence cooperative amendments to that original pact.

Fleck says he, and other water experts, were surprised by the outcome of the 2016 election and had expected to work with an administration that was “more sympathetic” to the water-sharing deal signed under Obama’s presidency. It’s furthermore possible, adds Secretary Castle, spending could be tight in terms of federal dollars going toward water conservation projects.

With a number of important deadlines coming up, Castle and a team of researchers published the Colorado River Future Project last fall. The study interviewed more than 65 Colorado River management experts on the present crisis and outlined suggestions for immediate policy action. That research was then disseminated to the Trump transition team in an effort to “accelerate the learning curve” that any turnover in the White House typically necessitates. The Trump administration, says Castle, is “fully cognizant of the importance and urgency” of the deal with Mexico.

Castle says she’s confident that Interior Secretary Zinke “is a thoughtful, considered person who will be listening hard to his advisors and the various stakeholders in this potential agreement.” 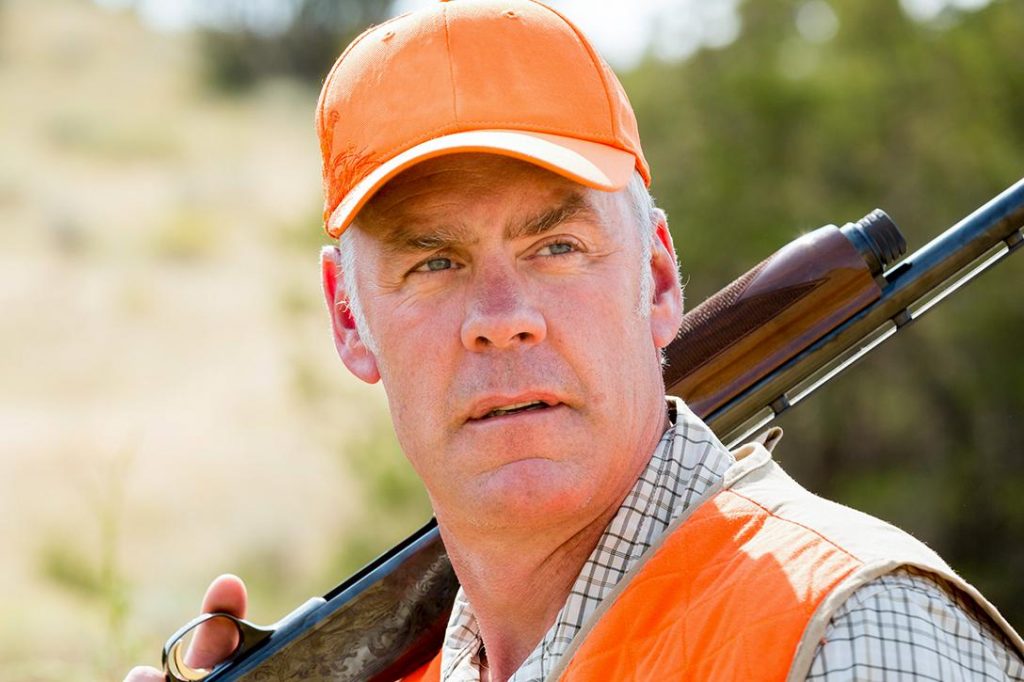 But vacancies in key Interior leadership positions continue to stall Minute 32x’s progress. “The really important positions at Interior are the Assistant Secretary for Water and Science, and the Commissioner of Reclamation, and those jobs haven’t been filled yet,” says Fleck.

Meanwhile, new appointments in Mexico — including Foreign Minister Luis Videgaray and Mexican ambassador to the US Gerónimo Gutiérrez — also need to be brought up to speed on pending negotiations.

In the event that Minute 32x does not pass by December 31, 2017, Lower Colorado Deputy Director, Jennifer McCloskey said, “Our expectation is to continue to work.” Neither McCloskey or Buschatzke wanted to speculate on the potential consequences of unsuccessful water talks.

Castle, however, says Mexico is unlikely to go along with drought reductions if there is no deal in place that enforces a drought contingency plan. More crucially, she says, we may “go back to a situation where we don’t know what the treaty means anymore.”

For his part, Buschatzke is “cautiously optimistic” Minute 32x will pass. During negotiations his department often calls upon this axiom: “No one state, no one entity, no one water user.”

Correction: An earlier version of this article incorrectly stated that Mexicali is a state. It is a city in the state of Baja California. We regret this error.