On a Friday afternoon 16 years and five months ago, after the close of trading at the New York Stock Exchange, my staff and I at Cigna disseminated a press release we knew would lead to a lot of angst in Washington, on Wall Street and around the country.

Sure enough, the next Monday morning, June 5, 2000, the Wall Street Journal ran a big story under this daunting headline:

“In what is likely to be the first of many similar announcements from large managed-care companies, Cigna Corp. said it is pulling out of most of its major-market Medicare businesses. The company cited reduced government fees and competitive pressures for its decision.”

This was the headline in the company’s hometown newspaper, the Philadelphia Inquirer:

Senior Citizens Will Have to Seek Other Health Plans

The newspapers went on to report that 104,000 of Cigna’s senior-citizen subscribers were being dumped because the company wasn’t happy with how much the government was paying it to provide access to medical care for those folks.

Insurers had been unhappy with their pay from Uncle Sam since the passage of the Balanced Budget Act of 1997, when Republicans were in charge of both the House and Senate. The GOP wanted to rein in spending on “entitlement” programs, and the Balanced Budget Act did indeed do that — at least for a while. It reduced Medicare spending by more than $100 billion between 1998 and 2002.

One of the ways it did that was to cap annual reimbursement increases to Medicare HMOs (which, at the time, were called Medicare + Choice plans) at 2 percent on average. That was a big problem for Cigna and other companies because, as the Inquirer noted, medical inflation was averaging 8 percent annually. The companies clearly were not managing medical costs nearly as much as they had told lawmakers and their customers they would be able to do. So Cigna, at least, had decided to cut bait.

The WSJ was right: several other insurers did indeed follow Cigna’s lead. Hundreds of thousands of other senior citizens received notices over subsequent months and years that their insurers were cutting them loose. 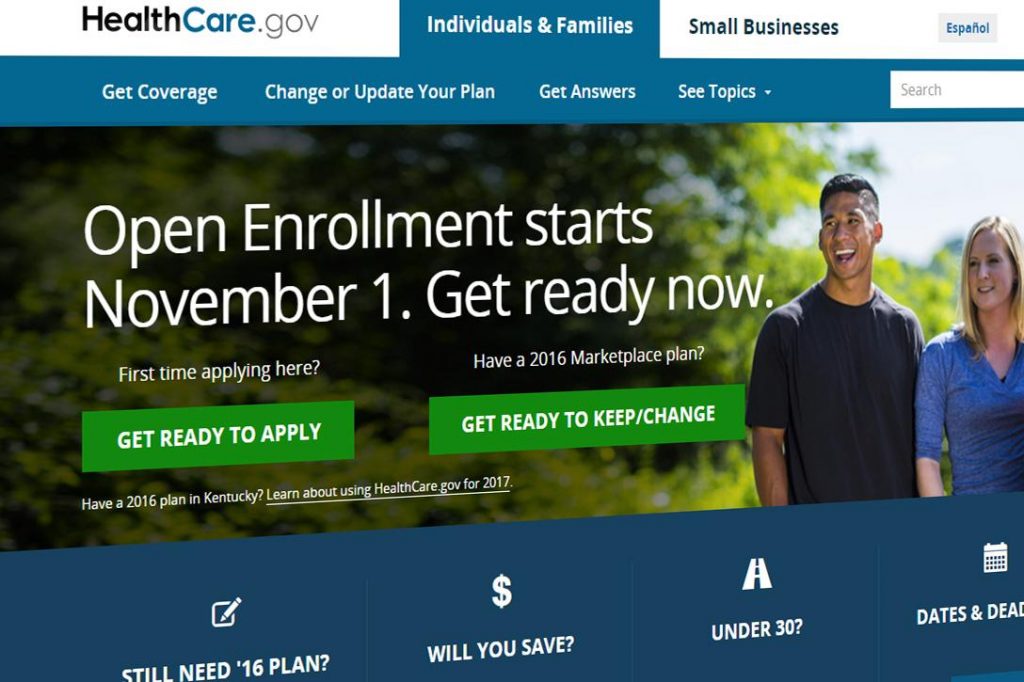 Déjà vu all over again

Fast forward to August 15, 2016 and the era of Obamacare. That was the day Bloomberg ran a story under this angst-producing headline:

“Health insurer Aetna Inc. will stop selling individual Obamacare plans next year in 11 of the 15 states where it had been participating in the program, joining other major insurers that have pulled out of the government-run markets in the face of mounting losses.”

In this instance, Aetna was not leading the way to the exits. UnitedHealthcare told investors earlier this year that it was bailing out of most of its Obamacare markets. Humana said it, too, would scaling back big time.

Why? Because, once again, the big insurers were not only not making the profit margins they felt they should be making, they were losing money on this particular book of business. Like the old Medicare + Choice plans, they were in many cases paying out more to cover medical claims than they were taking in from the government and Obamacare health plan enrollees. So, just like they did a decade and a half ago, they decided to cut those enrollees loose.

Was there collusion among the departing insurers, then and now? No, because that would be illegal. But you can be certain of this: the insurers’ trade associations, both then and now, began behind-the-scenes lobbying campaigns to get lawmakers and regulators to change the rules so they could turn the ink on their financial statements from red to black.

And they were spectacularly successful back in the early 2000s. In short order, there was a reversal in fortune — in the insurers’ favor. So if the past is prologue, we can expect the insurance industry’s lobbyists to be hard at work to make sure history repeats itself.

Keep in mind that the insurers’ Medicare + Choice losses were an unintended consequence of the Balanced Budget Act of 1997. Republicans in particular were alarmed when the insurers began abandoning the Medicare HMO market because it has long been a tenet of faith among many of them that private insurers could operate more efficiently than the traditional Medicare (TM) program, and consequently reduce overall spending on Medicare.

It certainly didn’t turn out that way, but many lawmakers kept the free-market faith. So halfway into the George W. Bush administration, with Republicans still in charge of both the House and Senate, the Medicare Prescription Drug, Improvement and Modernization Act of 2003 became law. The insurance industry’s lobbyists scored two big victories under that act:

First, the prescription drug benefit (known as Part D) was structured in a way that makes it necessary for Medicare beneficiaries to buy their drug coverage through private insurers. And second, the Medicare + Choice program was overhauled to the industry’s liking (and renamed Medicare Advantage).

As part of the overhaul, the government began paying private insurers more to cover the cost of sicker Medicare enrollees, so the companies that had bailed came rushing back in. There were also other provisions of the 2003 law that boosted the government’s pay to insurers. As a consequence, by the time Obamacare became law in 2010, according to the Medicare Payment Advisory Commission, the government was actually paying Medicare Advantage plans 14 percent more per beneficiary ($1,100 on average) than it would cost to cover those beneficiaries in traditional Medicare. Between 2004 and 2008, the overpayments totaled almost $44 billion.

One of the aims of Obamacare was to reduce those overpayments, and they have been reduced, but most insurers are still finding their Medicare Advantage business to be very profitable. You certainly don’t hear about insurers threatening to jump ship now.

Retreating carriers will scurry back

Speaking of Obamacare, you can be certain the companies that are dropping out of several Obamacare markets next year will return if they can get Congress and the next president to sweeten the pot for them like the Medicare pot was sweetened back in 2003.

How successful they will be will depend to a large extent on which party winds up in control of Congress and the White House. If the Democrats prevail, they undoubtedly will want to find ways to entice the insurers back into the Obamacare marketplace. (If Donald Trump wins and the GOP keeps control of Congress, all bets are off, but I guarantee the insurers will find ways to thrive.)

So what would make the insurance industry’s lobbyists happy in a Clinton administration? I’m sure they’d like to see some changes to the law that would enable them to get more federal dollars for covering older and sicker folks, like the Medicare Advantage program since 2004.

They’d also like to make it much more expensive to remain uninsured. The industry was correct when it argued that young and health people in particular would continue to go “bare” if the penalty for doing so was not substantial. Democrats in Congress and the White House were not willing to make the penalty nearly as substantial as industry lobbyists wanted. You can bet that the lobbyists will try again to make it much more painful financially for not buying their products.

You can also expect the insurers to lobby for more “flexibility” in designing their policies. They’d love to be able to go back to the days when they could sell junk insurance — policies with such meager benefits they rarely had to pay out much in claims.

What actually happens will depend on the outcome of the election next month. But regardless of who wins, don’t bet against health insurance companies. Chances are, they’ll win either way, and one way or another, most of us will be paying even more for health care than we do today. Profits come first in our healthcare system.

Wendell Potter is a member of WhoWhatWhy’s Editorial Advisory Council. A longer version of this essay first appeared at healthinsurance.org

7 responses to “History (of Health Carrier Greed) Repeats Itself”