In August, the corporate media was falling all over itself with breathless coverage on how Russia is interfering in the US election. Back then, stories citing experts suggested that voting machines were vulnerable to tampering that could change the outcome of the vote. A month later, something curious happened.

By September, government officials were doing all they could to tamp down those concerns, and the media duly reported their reassurances.

Should the public be comforted that election mischief will be homegrown?

The articles, usually citing active government officials, serve a dual purpose in reassuring the public: First, there is no way Russia can hack the election, despite cyber hacks in the Illinois and Arizona voter registration banks. Meanwhile, the message is also to insist Russian President Vladimir Putin is still giving orders to disrupt US cyberspace. This latter message culminated in the Obama administration publicly blaming the Russian government for trying to influence the election in early October.

The Washington Post began the trend on August 31 with the definitive headline “There’s Almost No Chance Our Elections Can Be Hacked by the Russians. Here’s why.”

The Post cites two major obstacles for potential (Russian) disruption of our election. One is the difference between the “voter system” and the “election system.” The voter system involves registered voter databases throughout the country, while the election system refers to voting machines and paper ballots.

According to executive director Merle King of the state-funded Center for Election Systems in Georgia, the public conflates these two issues about the election, and that leads to a lot of confusion.

The second hindrance for potential hackers is the decentralized voting process, the Post reported. A major positive for vote security, according to the Post, is that local jurisdictions set their own rules for how votes will be counted.

This claim is buttressed by a letter sent by state election officials to Florida voters which notes the public safeguards already in place for our voting process — including (1) layers of encryption for voting machines, (2) thumb drive backups of votes, (3) lack of internet connection to voting machines, and (4) a review of votes after an election.

The Los Angeles Times followed on September 8 with a report titled “Could Russian Hackers Mess with the US Election Results? It Wouldn’t Be Easy; Here’s Why.”

The Times also highlights the decentralized nature of the voting system as a safeguard against tampering. However, while the Post viewed the system as sophisticated, the Times saw the state-run and community-monitored systems as too cumbersome to be susceptible to any hacking.

Quoted again is Merle King, along with Connecticut Secretary of State Denise Merrill, and FBI Director James Comey. Pamela Smith of Verified Voting — an organization that highlights the susceptibility to election rigging — is also sourced to reassure readers that the upcoming election is safe, thanks to an uptick in paper ballot usage.

Russia’s Goal Not Hacking — But Scandal

On September 10, Washington, D.C.-based political newspaper The Hill worked the same dual agenda with “Hacking the Election is Nearly Impossible. But that’s not Russia’s Goal.”

Like the previous articles in the Washington Post and LA Times, The Hill presents the decentralized process of US elections as an impenetrable obstacle to Russian hacking. Bolstering the claims of election security in the piece are Florida’s Secretary of State Ken Detzner, Colorado’s Secretary of Wayne Williams, Pennsylvania Department of State spokesperson Wanda Murren, and Wisconsin’s Administrator of State Elections Division Michael Hass. The only non-governmental official quoted is Chris Porter, an administrator of strategic intelligence at cybersecurity firm FireEye Horizons.

Porter cited examples of Russian election tampering in the Ukraine and efforts to “create scandal,” despite their inability to hack the election.

The Chicago Tribune got its turn on September 14, quoting Assistant to the President for Homeland Security and Counterterrorism Lisa Monaco, who reiterated the safety of the election thanks to the decentralization of the voting process.

These assertions of election security and passive blame on Russia culminated in early October with the Obama administration publicly accusing “senior-most officials in Russia” of tampering with the election, despite their claimed inability to do so. 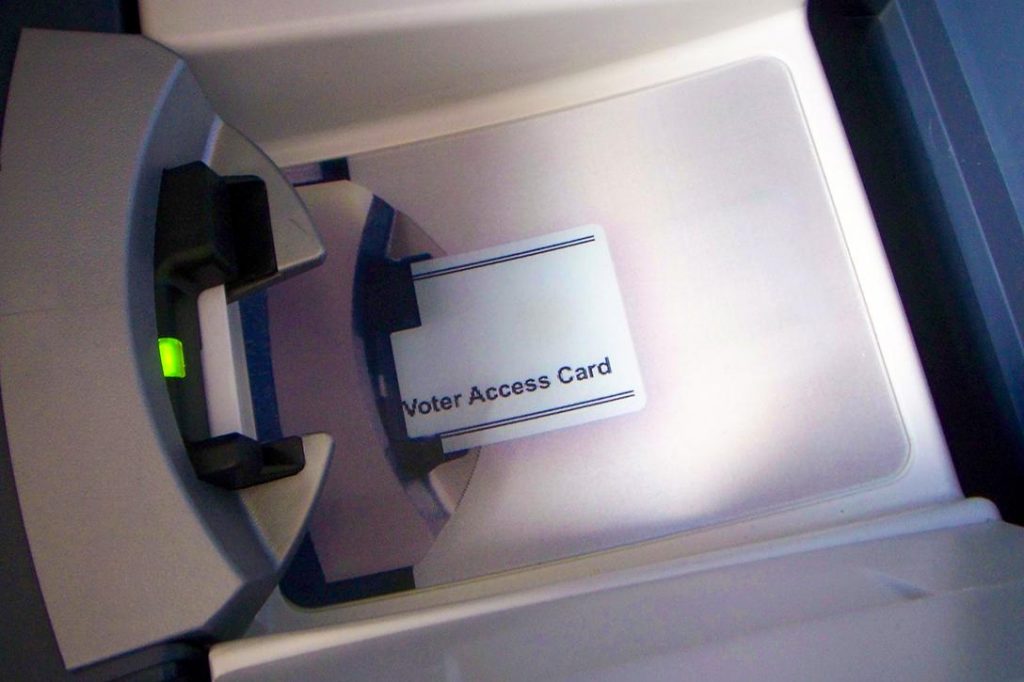 Taking a Screwdriver to the Election

Let’s go back to August to see why certain experts said that elections could indeed be tampered with.

“[Appel] summoned a graduate student named Alex Halderman, who could pick the machine’s lock in seven seconds. Clutching a screwdriver, he deftly wedged out the four ROM chips — they weren’t soldered into the circuit board, as sense might dictate — making it simple to replace them with one of his own: A version of modified firmware that could throw off the machine’s results, subtly altering the tally of votes, never to betray a hint to the voter. The attack was concluded in minutes.”

“I have had three jobs that together [under Bill Clinton, George W. Bush, and Barack Obama] taught me at least one thing: If it’s a computer, it can be hacked.”

Special Interests and the Machines

Clarke sees the decentralized election system as the access point for potential tampering —rather than a potential safeguard. While there are safeguards, such as the voter tabulation through paper ballots, almost no state exclusively uses paper ballots. Instead, voting machines — even allowing votes from home — produce no paper ballot record and thus no way to ensure the “correct” vote was cast.

Furthermore, Clark argues paper ballot receipts from the voting machines are only used in the case of a recount — something today’s sophisticated hackers are aware of and would seek to avoid.

“My first reaction to all this government reassurance was ‘are you kidding me?’” Dr. Jonathan Simon of the Election Defense Alliance told WhoWhatWhy. “There is all this concern about outside hacking, but absolutely no talk of internal rigging.”

While Simon points out that there are many election safeguards, connections to special interests by those that control voting machines provides easy access to election rigging.

“Anyone who could stand to profit off certain policies — the Koch brothers, for example — have a better chance of rigging the election due to their connections to voting systems like Dominion, SES and their satellite companies,” Simon explained. “Russia, China, nor any terrorist group in the Middle East have a connection like that.”

Despite encryption and the lack of an Internet connection, Simon claims that there are other ways to change voting results.

“In a memory card, which is used in optical scanner-verified voting, three lines of code to flip votes one way or another can be entered into 7,000 or 8,000 lines of code virtually without detection. Multiple memory cards can be manipulated like this at the push of a button.”

With articles by outside experts in August claiming the election could be hacked, followed in September with articles by government officials claiming it could not be — by Russia — it raises the question: why overlook domestic tampering?

“These are relatively unsophisticated and simple ways to rig the election,” Simon concluded.