Those “drill baby drill” fanatics who still insist America is on the smooth road to energy independence might want to pump the brakes just a bit.

OPEC did agree to a modest production cut of under 1 million barrels per day on Wednesday, Sept. 28, and prices quickly shot up 5%.

Two of the three biggest formations in the US — Eagle Ford, predominantly in Texas, and Bakken, predominantly in North Dakota — are now producing 40% and 25% less, respectively, compared to this time last year. It is an alarming drop off that can’t be dismissed by merely blaming the Organization of Petroleum Exporting Countries (OPEC) for “flooding markets” and awaiting a price rebound.

Skeptics suggest the long-predicted production decline is terminal. In their view, investment tricks can’t overcome the fact that this is a matter of resource depletion, where the deeper you have to dig, the more expensive the resource gets to extract, refine and deliver.

Those sounding the alarm insist the rate of borrowing within the industry has grown desperate, and was always unsustainable. They scoff at faith-based appeals to the wonders of technology, as US shale formations are not a new discovery, nor is the technology used to harvest the resource particularly new. What changed was years of sky-high oil prices between 2002 and 2014, making these unconventional reserves suddenly worth drilling. After overproducing for 3-4 years, we now remain very far from that kind of global oil price today.

Apologists for the oil industry, however — or just those who see US growth as inevitable — cite the depressed global price for oil as a temporary roadblock that will work itself out as soon as demand catches up to supply again and markets tighten. 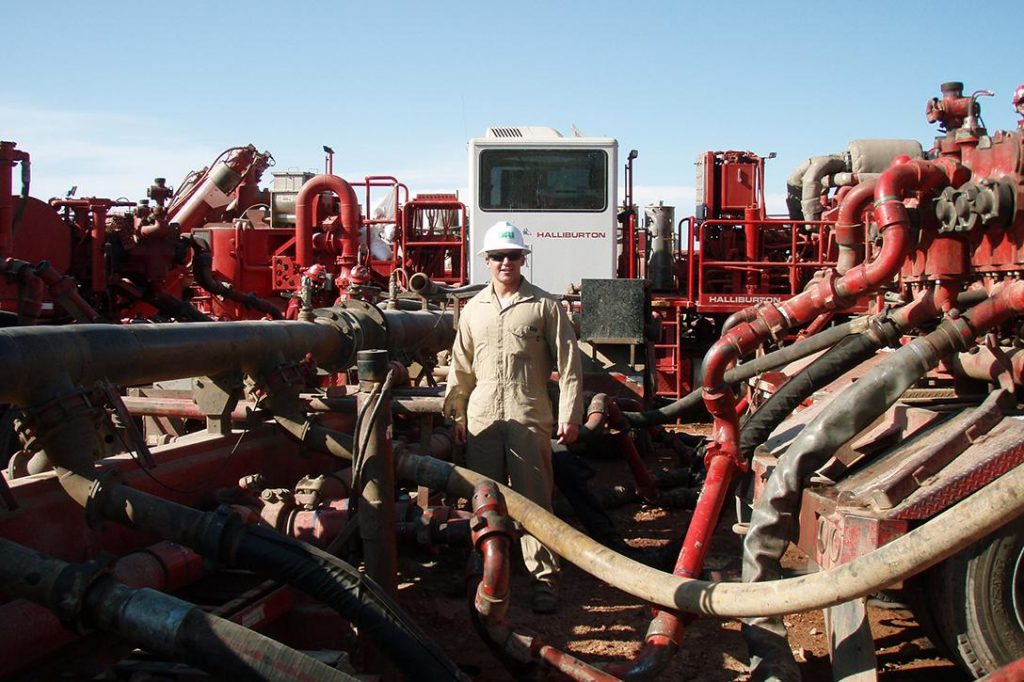 They insist Saudi Arabia is pumping too much, and the resulting global oversupply is hurting US drillers who must endure much higher production costs. But that’s OK, they say, because when (not if) the price rises again, US production will boom once more and happy days will seamlessly return in short order for the US oil patch.

Of course, none of that rationalization accounts for three important questions: 1) Even if (not when) prices return to the level needed for US producers to maintain free cash flow, what happens when the oversupply inevitably returns and global prices dip all over again? 2) How can they be certain Wall St. investment dollars will return after the bloodbath the industry is currently enduring? 3) Why is Saudi Arabia, and OPEC in general, obliged to suddenly pump less just to make room for the new kids on the block?

The answer to the final question is easy: The Saudis, long a swing producer, are not obliged to cut production. Oil is a globally traded, fungible commodity. It is not compulsory for any nation to slice production volume just to make it easier for competitors who have higher costs.

This is especially true for a country like Saudi Arabia, which gets roughly 80% of its budgetary revenues from the petroleum sector, and has a number of expensive religious wars to fund to its immediate north and south. The Kingdom literally survives on oil exports, and isn’t about to make concessions for any new producer, ally or otherwise.

The reality is that the recent US oil “revolution” is made up of hydraulic fracturing companies who always needed the global oil price considerably higher than it has been since plummeting in late 2014. Drillers have borrowed billions of dollars in order to keep pumping, and the long-expected payoff never materialized. As a result, the wave of bankruptcies in the US oil patch the past two years has been relentless.

Diminished US production obviously means reduced US revenue and increased reliance on foreign imports in order to maintain our 19 million barrel per day appetite of consumption. It’s nice to point to expansion of renewable energy infrastructure as bridging that gap, but that’s a long process hindered by economic and political gridlock.

Further, believe it or not, there are roles that fossil fuels provide that green energy simply can not match. Moving an 18-wheeler full of goods, uphill and across vast distances, immediately comes to mind.

It is clear that US energy production is at a critical crossroads. While once-booming fracking cities like Williston, N.D., continue to go bust, the industry can continue to cut costs, hold its breath and hope and pray that global oil prices rise. Unfortunately, that says nothing about the average consumer’s capacity to afford those elevated prices — and the myriad costs associated with energy inflation — all over again. We all remember $3-4 gas and the strains it put on municipal and family budgets for five years.

If the sluggish economy has taught us anything the past nine years, it’s that when searching for a sweet spot on the acceptable price of oil, there is now a huge imbalance between what the public can afford and what the industry absolutely needs to make money. That gap is widening.

There’s really no wonder the oil and gas industry wants all talk of expanding renewables quashed. Turning to green energy solutions only hampers demand for their product, further denying oil prices ever return to the stratospheric levels they desperately require to keep their business model solvent.

In any event, the slow drawdown of the fossil fuel industry as a result of depletion is both a good thing and a bad thing for our extremely complex, modern society.