Donald Trump relied on free media exposure and widespread frustration with the political establishment to leave his Republican rivals in the dust. Now, Libertarian presidential nominee Gary Johnson could use the same blueprint to get onto the debate stage and take votes away from Trump.

During his first run for the White House, in 2012, Johnson — a former Republican governor of New Mexico — faced the overwhelming burden of being starved of meaningful media exposure. But the 2016 cycle appears to have significantly lifted the curse, according to a WhoWhatWhy analysis of 12 major news outlets.

The analysis, which compared June of 2012 with June of 2016 , found a huge increase in the number of stories published with Johnson as the primary focus.

Looking at a dozen major print, digital, and television outlets, we found that stories centered on Johnson jumped from just six in June 2012 to 69 during the same month in 2016.

While it’s true that the digital segment of the media landscape has changed drastically in the last few years, such a dramatic bump in coverage raises the question: is the media’s change of heart due to a flare of public interest in Johnson, is the media hyping that interest to boost its audience or is it trying to make amends for propelling Donald Trump to the head of the GOP field?

Richard Benedetto, a retired White House correspondent for USA Today, referred to the question as “a chicken or the egg problem.”

The most obvious factor behind the jump in third-party coverage, he said, is the lack of an incumbent in the race. Another possible reason: the media’s strong dislike of Donald Trump may be motivating journalists to both play up his negatives and lavish more attention on third-party candidates.

“There is a certain degree of guilt they feel for not covering [Trump] seriously in the primaries and they are out to make amends,” Benedetto said. The media’s unrelenting focus on Trump during this election cycle is a matter of record: so far Trump has received over $2 billion in free media from news outlets — a number dwarfing the other candidates. 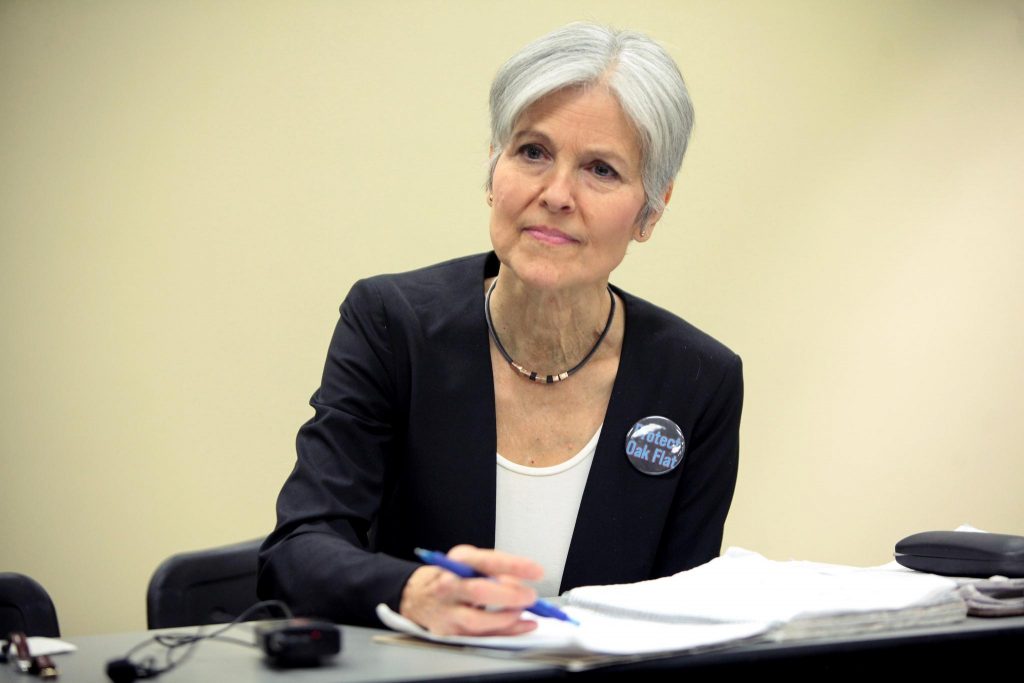 Matthew Baum, a professor at Harvard University’s Kennedy School of Government, linked the media’s burgeoning interest in Johnson and, to a lesser degree, likely Green Party nominee Jill Stein, to a combination of two factors:

“Dissatisfaction with the major party candidates, combined with general cynicism and low trust in government leading to a rise in anti-establishment populist sentiment,” Baum said.

In poll after poll, voters have expressed strong disapproval of both Hillary Clinton and Trump — at record-breaking levels, in fact.

Benedetto said another possible reason the media is willing to cover Johnson, along with his  running mate, Bill Weld — former Republican governor of Massachusetts — is their status as former governors, which could lend their presidential ticket the legitimacy that many third-party candidates often lack.

Whatever the case, the increase in media attention has paid dividends for third-party candidates. Johnson recently polled as high as 11 percent while Stein has hovered around 5 percent among likely voters.

A look at Google Trends showed that Johnson garnered six times as many Google searches in June 2016 as he did in June 2012. His total for last month was close to his total searches in November 2012, when interest in the imminent presidential race was at its peak.

The same WhoWhatWhy analysis found that Stein also received a significant boost in media coverage in 2016. And Stein’s Google searches soared ten-fold from June 2012 to June 2016.

“There is no doubt that the more media coverage a candidate gets, good and bad, it helps draw public interest and support,” Benedetto said. “We saw that with Trump. He got the lion’s share of the media coverage during the primaries — most of it negative — and he still soared in the polls.”

All of this raises the likelihood that Johnson, and possibly even Stein, might sneak into the debates by achieving the requisite polling numbers. If that occurs, all bets may be off in what has already been a wild election cycle.

The Commission on Presidential Debates (CPD) requires that candidates must poll at 15 percent in five national surveys leading up to the scheduled debates to gain a place in the on-air confrontation .

Baum, for one, believes both Johnson and Stein have a chance of meeting this threshold. “It seems possible to me in 2016 because of broad dissatisfaction with the major party candidates. I would not go so far as to say that it is ‘probable’, but it is more likely this year than most prior years.”

Johnson, who is likely to be on the ballot in all 50 states, may be a threat to both major party candidates if he finds his way onto the debate stage. One reason: some polls show Trump doing worse with millennials than Johnson. At the same time Benedetto expects many of Johnson’s messages to resonate with the Sanders bloc — an element that could pull votes away from Clinton in the general election.

Third-party candidates — from Theodore Roosevelt in 1912 to George Wallace in 1968 to Ross Perot in 1992 — have had major impacts on presidential elections.

At the very least, their confidence in what most observers would dismiss as a hopeless cause has more than once shaken up the status quo. Johnson certainly projects the requisite confidence.

He told CNN’s Chris Cuomo in a Libertarian Town Hall event on June 22, “The two-party system is a two-party dinosaur, and they’re about to come in contact with the comet here.”