When most of us think of Muslims and gay people, we think of all the gruesome stonings that go on in places like Saudi Arabia and Iran. And we think of Omar Mateen, the Muslim who massacred dozens inside a gay nightclub in Florida.

But here’s a surprise: All across America, Muslims have not only condemned what Mateen did on June 12 — many have even openly expressed support for the gay community.

Muhammad Musri, for instance, the president and imam of the Islamic Society of Central Florida, appealed to Muslims to donate money for the victims’ families, and blood for the wounded — most of whom are gay.

Another leading Muslim, Nihad Awad, Executive Director and founder of the Council on American-Islamic Relations, said at a press conference in Washington, DC:

“For many years, members of the (LGBTQ) community have stood shoulder to shoulder with the Muslim community against any acts of hate crimes, Islamophobia, marginalization and discrimination. Today, we stand with them, shoulder to shoulder. The liberation of the American Muslim community is profoundly linked to the liberation of other minorities — blacks, Latinos, gays, Jews, and every other community. We cannot fight injustice against some groups and not against others. Homophobia, transphobia, Islamophobia — we cannot dismantle one without the other.” 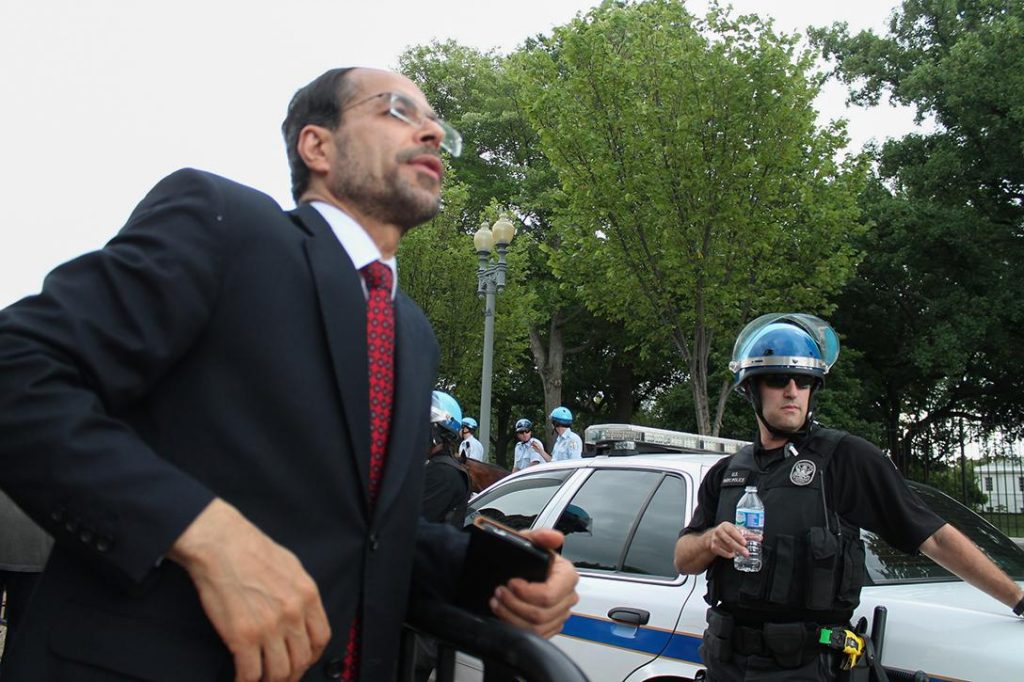 This was not the only example of Muslims uniting with gays against hate crimes in the US. Nor was it uniquely American. For example, members of the Muslim and LGBTQ communities in Great Britain have also stood “shoulder to shoulder” for the same reason.

And there seem to be more openly gay Muslims than one might expect, even among their leadership.There are five openly gay imams in the world, according to islamandhomosexuals.com. One of them founded Muslim Homosexuals of France, and opened a “gay-friendly” mosque in Paris.

As is well known, gay people are treated harshly in Muslim countries. Here is a hair-raising,comprehensive article from the Wall Street Journal on just how harsh that treatment is, and in which Muslim country. (Homosexuals are tolerated more by European Muslims, but new arrivals from Muslim countries have been attacking them sporadically.)

These radical Muslims justify this treatment by their interpretation of the Quran:

“For ye practice your lusts on men in preference to women: ye are indeed a people transgressing beyond bounds…. And we rained down on them a shower (of brimstone).” Quran (7:80-84)

Yet, in the US, it is Christians — or at least non-Muslims — who are usually guilty of vicious hate crimes against gays. In the minds of extremists, this is justified by the Old Testament:

“If a man lies with a male as with a woman, both of them have committed an abomination; they shall surely be put to death; their blood is upon them.” Leviticus, Chapter 20 verse 13.

And the Pew Research Center revealed some surprising statistics: Muslims — more than many Christians — consider homosexuality acceptable: 45% of them, versus 36% of Evangelical Christians, 36% of Mormons, and 16% of Jehovah’s Witnesses.  (All other religions were more tolerant.)

In some cultures, hatred against homosexuality pre-dates Christianity. This is how “sodomites” were treated in pre-Christian Germany. It comes from “Germania,” an essay by the Roman chronicler, Tacitus, published in 98 AD:

“Traitors and deserters are hanged on trees; cowards, shirkers, and sodomites are pressed down under a wicker hurdle into the slimy mud of a bog. This distinction in punishments is based on the idea that offenders against the state should be made a public example of, whereas deeds of shame should be buried out of men’s sight.” [Emphasis added]

Imagine. “Pressed down under a wicker hurdle into the slimy mud of a bog.” This seems to be one of the first reports of institutionalized punishment of homosexuality in the western world. (The ancient Greeks and Romans had a rather different view of sodomy — and you can view it in almost any major art museum. Just look for the vases of ancient Greece, the ones painted with illustrations of a wide variety of sexual acts. No shame there.)

But back to the present. Acceptance of homosexuality by Muslims seems to be growing all over the US, even in the heartland. What brings them together is their shared persecution.  As reported by The Oklahoman, Imad Enchassi, senior imam and founder of the Islamic Society of Greater Oklahoma City, said: 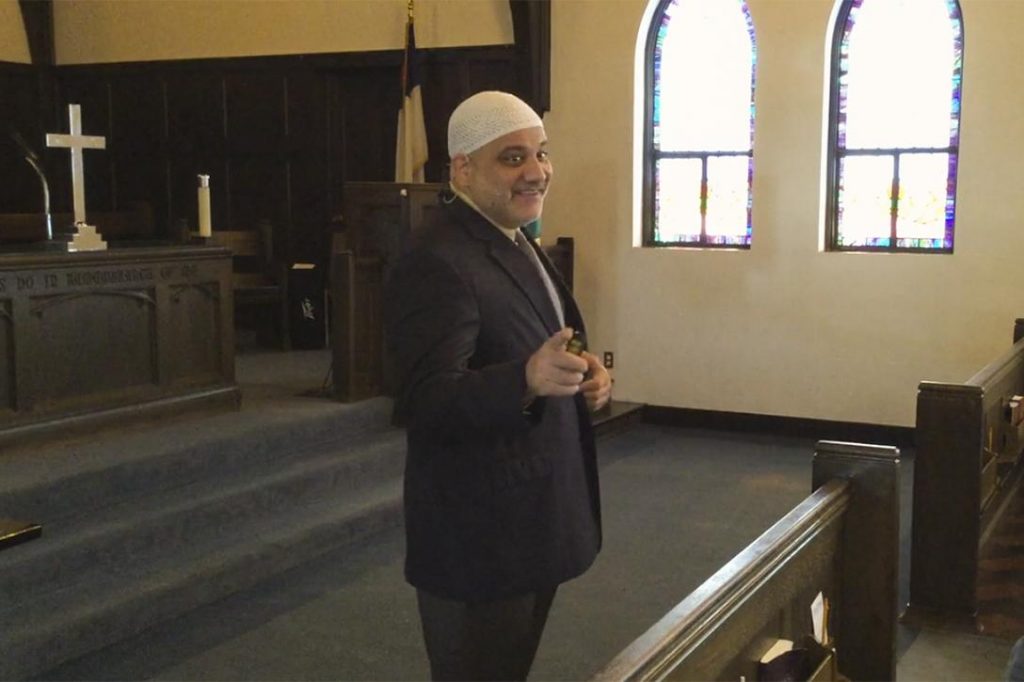 It isn’t just individual Muslims who condemn the June 12 massacre and support LGBTQ. On June 21, 65 organizations released a joint statement saying they were “joined in solidarity, grief and outrage at the horrific attack that unfolded in Orlando.” The significant thing is — 21 of these organizations are Muslim.

30 responses to “Muslims and Gays Unite Against Hate”