Four days after the bombing, the Tsarnaevs were cornered and there was a gun battle. In the end, one young man was dead, and his younger brother badly injured. 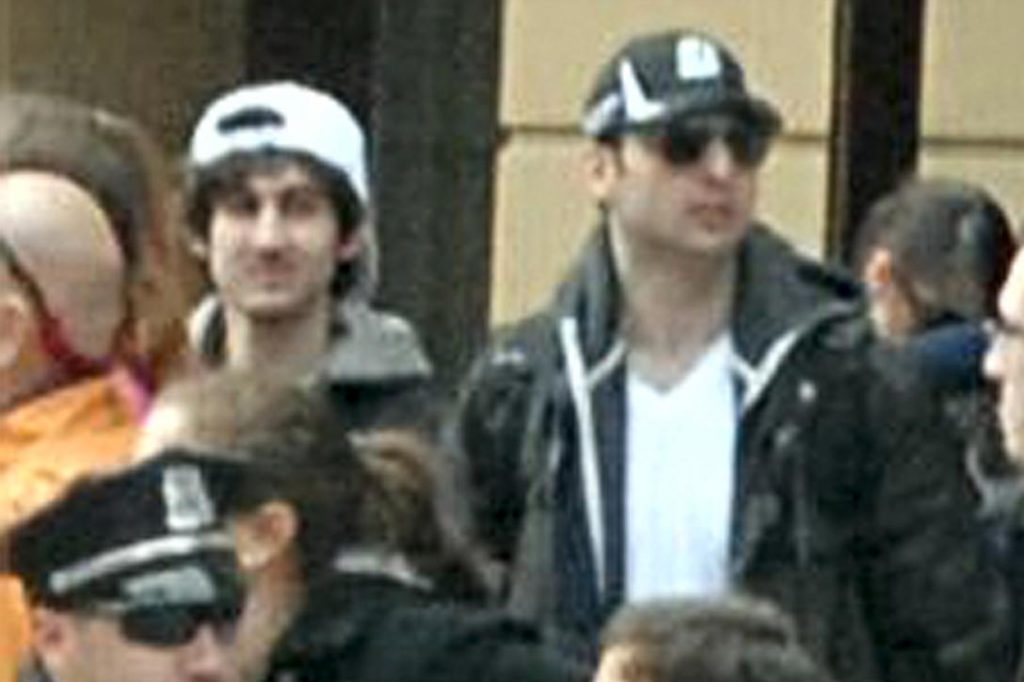 We were told that law enforcement had identified the perpetrators, who had acted entirely on their own. The surviving brother was eventually put on trial, convicted, and sentenced to death.

At the trial, his government-appointed counsel stated that he was guilty, and he himself admitted his guilt, and said that he was sorry. But that is all he said. To this day he has never explained how he and his brother ever became terrorists.

He couldn’t tell us if he wanted to. Since his arrest he’s been held under unusual Special Administrative Measures (SAMs), which prevent him from communicating with the outside world. Strikingly, SAMs have also been imposed on his attorneys. The government maintains that SAMs are necessary to prevent prisoners from inciting others to commit acts of terrorism.

But what others? The FBI insists the two brothers were lone wolves, unconnected to any larger network.

Family members say they were told to keep their mouths shut. And they were warned not to challenge the credibility of the investigation or the prosecution.

Dzhokhar Tsarnaev’s silence suggests that he, too, was told that worse would come if he were to explain what actually happened, and why. That is, if he even knows.

His uncle seemed to think he knew: he fingered the brothers as likely to be the bombers. And what is even more weird, this uncle had married into a prominent CIA family, and they were surrounded by odd characters connected in various ways to America’s national security leviathan.

Certainly, they were not like typical terrorists.They did not blow themselves up, they made no political statement. They did not flee Boston. In fact, they seemed to continue with their normal lives in the hours and days following the explosions — right up to the moment the FBI posted their images and asked the public to help identify them.

What happened after that, and why, remains a mystery. We have been told that the brothers killed an MIT police officer on an empty campus — yet another victim of this tragedy — but if they were his murderers, they still did not flee. The brothers apparently spent the next hour and a half driving, fairly slowly, in circles around the suburbs of Boston, mostly in the company of a man they purportedly carjacked, before they ended up focusing on Watertown, where they appeared to be waiting for…something or someone. 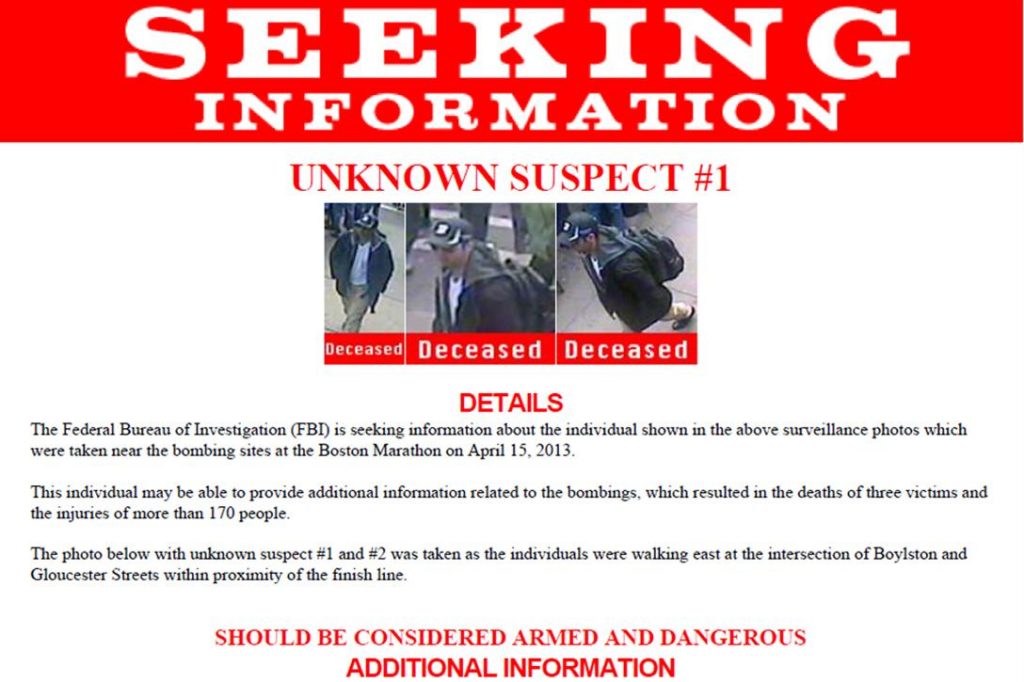 The Boston Marathon Bombing is one of the most astonishing stories of the new millennium, a smaller but no less problematic 9/11, where, again, so much doesn’t add up. And, again, the FBI appears to have played its long-running role as a coverup vehicle — protecting those who apparently have more hold over the Bureau than either Congress or the temporary occupant of the White House.

In the days after the bombing, WhoWhatWhy risked ridicule, marginalization, and worse, to honor the best instincts of journalism. Virtually alone among American news organizations — indeed, news media the world over, which just promoted the problem-riddled official version of events — we kept our heads down, ignored the brickbats and, with few people and limited resources, pressed onward.

The result was the more than 70 stories we published on our site. We hope, if you are not familiar with them, you will take the time to educate yourself about this mass-murder mystery that touches on so many of the central issues of our day.

It is profoundly important that we keep the spotlight on events like these, where so much of the official narrative does not add up.

What was Tsarnaev’s relationship with the FBI/CIA?

What was the true nature of the FBI’s (or CIA’s) relationship with the Tsarnaev family — particularly Tamerlan? Since the beginning, we’ve been seeing more and more evidence, circumstantial and otherwise, that there is way more to this back story than the government will admit.

The FBI, after claiming it didn’t know Tamerlan Tsarnaev, was forced to admit that it had known him before the bombing — in fact, its agents had been in and out of his house several times over a number of years, and had “investigated” him. There seems no doubt that the FBI was very interested in Tamerlan and his circle of friends — who were exactly the sort of young Muslims typically recruited as informants.

Why was Tsarnaev, a potential terrorist, given such freedom of movement?

And what role did the US’s antagonistic geopolitical relationship with Russia play in this tragedy? Tamerlan was waived through both America’s and Russia’s airports despite being on the terrorist watch lists of both countries.

Why is Dzhokhar Tsarnaev being held “incommunicado” under Special Administrative Measures even though the government maintains he and his brother acted alone and were not part of a terrorist network? What are the powers-that-be afraid he’ll say to the outside world?

Why did the government go “scorched earth” on all of the Tsarnaevs’ friends, family and associates — harassing, deporting, and in one case shooting to death individuals who the government readily admits had no connection to the bombing? Were they being pre-emptively silenced? Like the Tsarnaev case, the shooting death was full of anomalies, stunning discrepancies, and suppression of inquiry.

Were any of Tsarnaev’s friends working for the Feds?

Why were some of the Tsarnaevs’ friends sentenced to years in jail for lying to the Feds, while others were let off scot-free for doing the same thing? In fact, the FBI said one of them lied about “matters of great import.”

What happened on April 17 at the courthouse?

Why has there been no credible explanation of the events around the Federal courthouse on the afternoon of Wednesday April 17th? We are told that unfounded speculation about an arrest and a suspect in custody is what caused reporters to converge upon the courthouse. Yet, at least two journalists inside the building were told by court officials (including judges) that a person was expected in court, and that courtroom #18, and an overflow room, were being prepared.

Reports of a suspect in custody were then denied by law enforcement. And half an hour later, the courthouse was evacuated because of a bomb threat. During the “code red” we see a US Marshal’s wagon with an armed footplate-rider enter the courthouse building. Oddly, the existence of a motorcade to the courthouse was acknowledged — but nobody has said what the motorcade was, or why it was headed to the court.

Why was surveillance footage of the policeman’s shooting edited?

This is another episode that doesn’t make sense to us.

We were told that M.I.T. surveillance footage proves that the brothers crept up to Sean Collier’s car and shot him. But the film was shot at night, and at such a great distance, it is impossible to even discern the gender of the two figures, let alone their identity. They are tiny stick figures.

But what is really bewildering is that at the critical moment — the film is cut. Then it resumes again when the stick figures have finished their business and are running away. It is unlikely they cut the film at that moment to shield the viewer from gore; it would not have been visible.

In fact all of the supposedly “damning” videos shown in court were of such poor quality they are really not that damning.

Why did the carjacking victim give such conflicting stories?

We have been told that the Tsarnaev brothers carjacked a foreign national student, but that story is full of holes too. Why did carjacking victim Dun “Danny” Meng give such wildly conflicting accounts of the carjacking and his subsequent “escape.”

Why was the gas station surveillance footage edited?

Why does the gas station surveillance camera footage shown in court appear to contradict Meng’s testimony about what happened in the SUV?  He was never seriously cross-examined.

Why was that footage so tightly edited? And why did they remove the video’s time stamp? 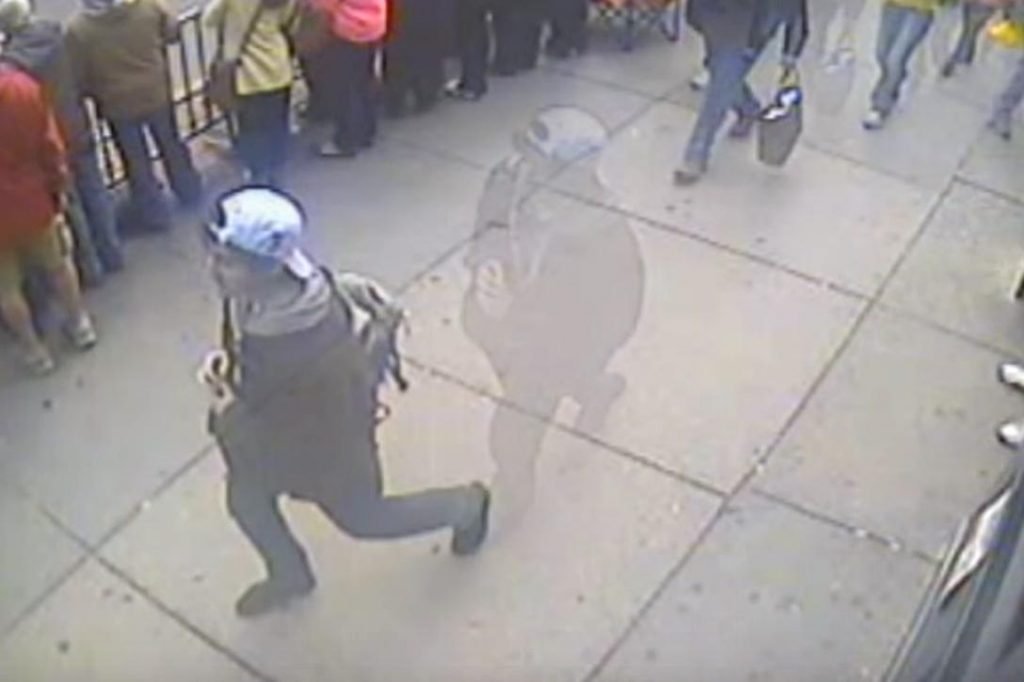 What color was the backpack?

How come nobody in law enforcement can seem to get the color of Dzhokhar’s backpack right?

The indictment says it’s black; Dzhokhar supposedly told his interrogators it was brown; but it looks mostly white or light gray to the rest of us. Why has nobody tried to clear that up — or even acknowledge this issue? It happens to concern a major piece of evidence.

Why pin the Waltham murders on Tamerlan?

Why were law-enforcement officials quick to pin an unsolved triple murder on Tamerlan Tsarnaev and Ibragim Todashev?

This is especially puzzling since the government quickly reversed itself, once the prosecution got wind that Dzhokhar’s lawyers were exploring a defense strategy that would claim Dzhokhar only participated in the bombing because he was afraid of his murderous older brother and didn’t dare refuse his demands.

The prosecution was never called to account for this startling reversal. Because the government vehemently opposed the defense’s filings to gain access to the relevant documents, the defense attorneys never saw them. They were simply told that the government, contrary to its initial position, had no evidence that Tamerlan Tsarnaev participated in the Waltham murders.

Did the brothers have help?

The government never definitively settled where or exactly how the bombs were manufactured, a question that remains unanswered. Early on, numerous experts expressed doubts that the brothers had the expertise to make and precisely coordinate detonation of the bombs.

The “After Action Report” — Why did it report so little?

Why is it that the After Action Reports, Inspector General Reports, and the court case itself failed to clear up — or even address — any of these mysteries?

The Executive Branch Inspector General community has given us a hint of how deep the mystery goes: Even the government’s duly authorized investigators say they are being denied access to what our intelligence agencies are up to.

We will have more to say. And we hope you will be with us — enabling us to stay on the trail.

31 responses to “The Boston Bombing Anniversary: A Legacy of Unanswered Questions”