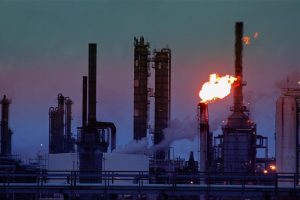 Exxon Feeling the Heat Ahead of Paris Climate Conference
By Klaus Marre
As all eyes turn to the Paris climate talks, ExxonMobil finds itself in hot water. A series of disclosures reveal that the oil giant not only knew about the risk of climate change in the 1970s but slashed funding for further research when it became clear that there was not going to be any regulation on the issue for a long time. 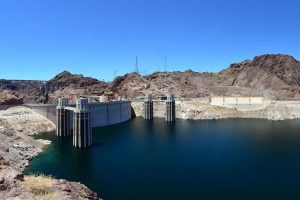 Paris Climate Change Conference will take place from November 30 to December 11, 2015, in Paris, France. About this photo: Hoover Dam. Hydroelectricity is getting less reliable due to global warming. And the world is doubling down on it. Photo Credit: Kuczora / Wikimedia (CC BY-SA 3.0)

Paris Climate Change Conference will take place from November 30 to December 11, 2015, in Paris, France. About this photo: Hoover Dam. Hydroelectricity is getting less reliable due to global warming. And the world is doubling down on it.

Mathematician Apologizes for Causing Bush 2000 Victory (Reader Pat)
An op-ed he wrote was misinterpreted, then cited by a judge, then became a partial basis for decision not to continue recount.

How to Turn $6 Million into $140,000 (Gerry)
With Ben Carson as its public face, a Super PAC founded by Newt Gingrich and his wife took money from small donors who wanted to fight Obamacare – and made most of it (the money, not Obamacare) disappear.

For Their Second Act, Keystone Killers Tackle Exxon (Trevin)
The goal is to force Exxon to face similar consequences for allegedly covering up climate change risks “as Big Tobacco did for lying about cancer.”

Ex-US Intelligence Chief on Islamic State’s Rise: ‘We Were Too Dumb’ (Trevin)
“I just don’t think people took them seriously. When I first heard about the recent attacks in Paris, I was like, ‘Oh, my God, these guys are at it again, and we’re not paying attention.’”