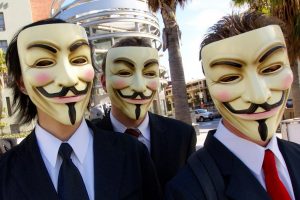 Cult Movie Inspires Global Protest Against Internet Censorship
By Klaus Marre
The hacker collective Anonymous hopes that droves of people will take to the streets across the globe on November 5 to join the fight for Internet freedom. 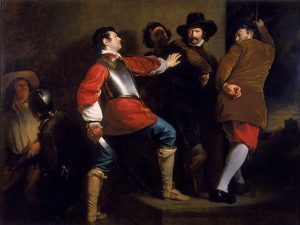 Voters Recall Education Board Members Who Wanted Happy History (Russ)
Hard to tell which way the country is swinging these days, but in this place in Colorado at least, they had enough with self-serving historical accounts over reality.

How Obama Continued Bush’s National Security State After Campaigning Against It (Trevin)
According to New York Times correspondent Charlie Savage, the failed underwear bombing from Christmas Day in 2009 became an “enormous political and policy event” that changed everything.

Internet Surveillance Bill Could Become Disturbing Reality for UK (DonkeyHotey)
Under the new Investigatory Powers Bill, British Government agents will be able to gain remote access to phones to use them as bugs. Internet providers will be required to keep a list of all websites visited by their customers.

Will Dick Cheney Bust Be Hailed as Liberator? (Klaus)
Mark your calendars, Dick Cheney fans. A marble bust of the former vice president will be unveiled in the US Capitol on December 3rd. It is not known how much the bust cost, but in light of the many disrespectful selfies that will be taken with it in the background, one can only assume that it is taxpayer money well spent.

Ben Carson Thinks Egyptian Pyramids Were Grain Silos (Klaus)
In a 1998 commencement address, current GOP frontrunner Ben Carson expressed his belief that the Egyptian pyramids were not tombs for pharaohs but rather grain storage facilities built by the biblical figure Joseph. Carson also stated that “many scientists” believe aliens helped build the pyramids. Here is the videoof his speech. His thoughts on pyramids begin at the 3:40 mark.
Underwater Robots (Russ)
For removing mines and the like; intriguing footage.
Quentin Tarantino Won’t Back Down From Remarks on Police Brutality (Trevin)
“What they’re doing is pretty obvious … instead of examining the problem of police brutality in this country, better they single me out … and even more important than that, it is to send a message out to any other prominent person that might feel the need to join that side of the argument.”