Dzhokhar Tsarnaev’s lawyers opened the Boston Marathon Bombing trial with a surprising “it was him” soliloquy and ended with what looked like a categorical admission to all of the charges against him. But, in a motion filed on Monday, his lawyers are now requesting a new trial.

While the appeal itself is unsurprising—a lengthy and convoluted appeals process is standard in capital cases like this one—the defense’s claim of “evidentiary insufficiency” calls attention to what has been a seemingly strange defense strategy.

“Evidentiary insufficiency” is, in fact, an apt description of the evidence presented at the weeks-long trial. Remember all the hype about “eureka moments” and “damning” videos that turned out to be… not so much.

(1)  It may be true that Dzhokhar dropped his backpack at the finish line as advertised. But you can’t actually see that in the surveillance footage.

(2) The “daring escape” video of the brothers’ carjacking victim, known as “Danny,” appears to     contradict key details about the carjacking story as presented to the media and in court. These   include: Who was sitting where in the SUV? “Danny” claimed that he was in the front passenger seat while Dzhokhar was sitting in the back. But, in this remarkable video showing the car pull into the gas station, the back door, which is visible the whole time, never opens.

Dzhokhar just suddenly appears from behind the gas pump. He could not have exited from the other door in the back, or he would have had to walk around either the front or the back of the car, in plain view of the video camera. It seems that the only way he could have come into view as he did was by exiting the front passenger door. But with “Danny” sitting there, how could that have happened? This raises questions about the reliability of all of the carjacking victim’s statements.

(3)  The video of MIT cop Sean Collier’s murder is so dark, so far away and blurry it’s virtually impossible to discern what’s going on, let alone who was doing what. The sole witness to Collier’s murder was a young student speeding past the crime scene on a bicycle—at night.

Take a moment to scrutinize the above videos then consider this: Before anyone actually got to see them, the prosecution spent over a year working to convince the media-consuming public, which of course included potential jurors, that these videos were “damning.” No wonder caution was the operative word of the defense. The hyper-cautious Judy Clarke, Dzhokhar’s lead counsel, apparently assumed that the trial was a lost cause from the beginning, and that her client had far better chances later at appeal.

This likely explains that almost nothing the prosecution presented was cross-examined, despite obvious weaknesses in evidence like the videos. With a vigorous adversarial back-and-forth—something almost completely missing from the first trial—the appeal process just might fill in some of the missing details.,

These details are hardly trivial. They include such questions as: “Who made the bombs?” or: “Were there others involved in the planning and execution of the attack?” For reasons unclear, neither the media nor law enforcement appear interested in answering such questions about the worst terrorist attack on US soil since 9/11. 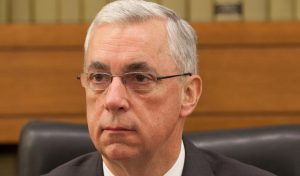 As you may remember, the trial began with a startling strategy: the defense’s instant admission of Tsarnaev’s guilt. This “tactical withdrawal” was widely regarded as the only viable line of defense available to their reviled client. Don’t challenge the government’s case and risk alienating the jury, the thinking went. Instead, try to curry sympathy in hopes of avoiding the death penalty.

After all, the defense had the unenviable task of facing a hostile jury of epic proportions; a jury steeped in decidedly inflammatory news coverage for the better part of two years. And numerous attempts at moving the trial out of the Boston area were rebuffed by the judge, who thereby gave the prosecution a lopsided home-field advantage (another ground for appeal, it turns out).

As for Tsarnaev’s no-holds-barred admission at the close of trial, here too we may have witnessed a calculated attempt to soften the image of a “cold-blooded killer” in the eyes of the public. Regardless of whether his apologies were genuine or contrived, it’s unlikely Dzhokhar acted against the wishes of his defense team; pliability appears to be one of his main attributes.

But time heals (somewhat), and it could be months or years before Tsarnaev is granted an appeal. According to Boston area defense attorney David Duncan, this most recent appeal is only a small step in a longer process. While it’s unlikely that the US District Court Judge George O’Toole will grant the defense’s recent motion for a new trial, the likely denial of that motion will itself be an additional ground for appeal.

Is it possible that the defense has all along been planning to use the appeal process to save their client’s life?

That jaw-breaker phrase “evidentiary insufficiency” may be the key. It’s important to repeat: In the first trial Tsarnaev’s lawyers almost never cross-examined the government’s witnesses or challenged their evidence. In a round two trial, after the defense has had ample time to dig into the many anomalous aspects of the case (some of which we outlined above) the defense team will have more freedom to blow holes in the prosecution’s arguably weak evidence. Will the government be forced to bring out the good stuff? Do they have any? Or is too much of this case tangled up with the sordid world of international intrigue to be exposed in a court of law?

At the very least, the threat of dragging some of the government’s dirty laundry out at trial may force a retrenchment by the prosecution—which may be enough to make jurors more sympathetic to the plight of a then-19-year-old with a domineering “Jihadist” older brother.

As has been noted by WhoWhatWhy, Dzhokhar Tsarnaev’s attorneys and at least one sitting senator, the cumulative evidence suggests that the FBI or some other government agency may have attempted to “recruit” older brother Tamerlan for some national-security purpose (for more on Tamerlan’s possible informant status, see here and here).

We know all too well that the Bureau has a history of inciting vulnerable individuals to violence—with the intention of stepping in to interrupt such plots before carnage ensues. Does the Boston Marathon bombing represent an example of what happens when this kind of playing with human dynamite backfires?

Either way, if Dzhokhar Tsarnaev survives long enough to be granted an appeal, we may finally get more details to the back story behind the tragedy in Boston that the government has been all too eager to suppress.

0 responses to “Marathon Bomber Appeals Conviction: Do His Lawyers Know Something We Don’t?”