Why has the mainstream media not delved into the deeper issues behind the recent shootings in Charleston?

One of those issues concerns the ease of access to guns by the wrong people.  Instead of promoting a national dialogue on the subject, the media has largely focused on the astounding forgiveness of the victims’ families.  While this is a valid story to tell, it is clearly not the most important one.  Just what is the media’s responsibility when reporting, and commenting upon, such events?

WhoWhatWhy raised these—and even more provocative questions—in the earlier story below.  These questions become more relevant by the day.

This story originally appeared on WhoWhatWhy on April 11, 2013. 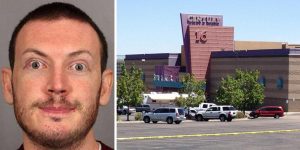 Today, the corporate media typically acts not as an honest broker in framing both individual events and the longer arc of history, but as an integral part of a dangerous, fantasy-making propaganda machinery. This means we can expect even traditional “good causes” like press freedom to be corrupted and twisted to fit sinister ends.

10 responses to “Classic WHY: Just Asking—Media Outfoxed on Spate of Bizarre Shootings?”