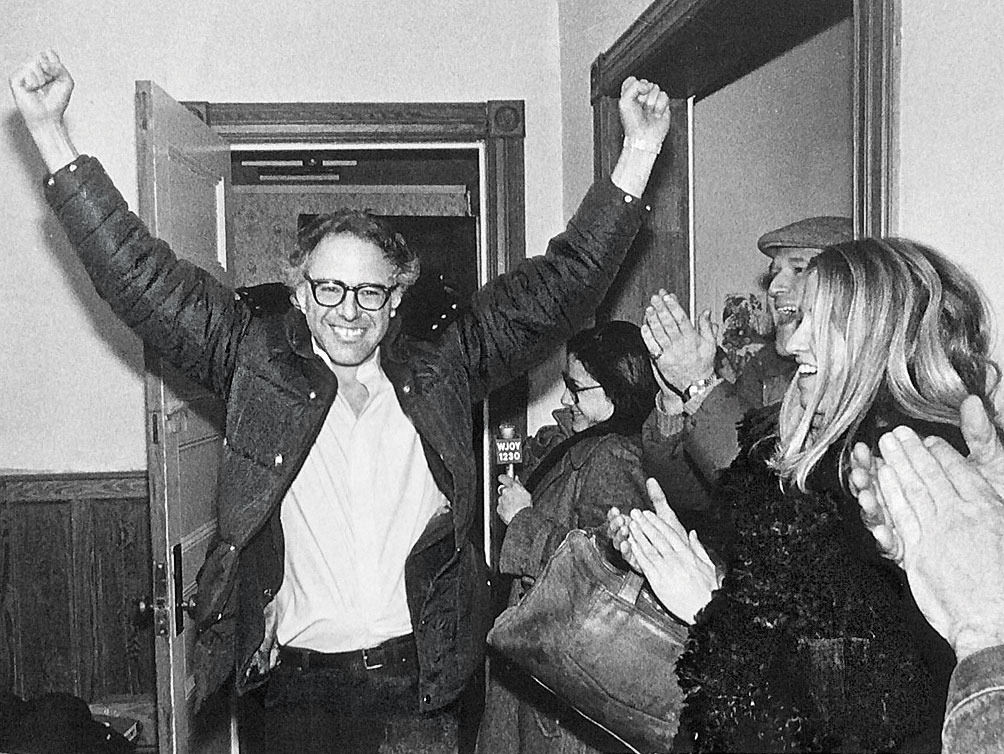 “When Bernie Sanders won by 10 votes in a four-way mayoral race, Ronald Reagan had just entered the White House, the Cold War was in full swing, and people were seriously freaked out. ‘You would’ve thought that Trotsky had come to Burlington.'”

Admitted socialist don’t get much love in the States. Many blame the Cold War and Stalin, but it of course goes further back than that. So to hear Bernie Sanders, the “Lenin of Lake Champaign”, come out full force in support of socialist positions, voters begin to scratch their heads. Is this guy for real? Apparently yes — and there he has history to prove it:

“When it came to economic development, the “Sanderistas” in City Hall, as his supporters were known, decided to ditch the prevailing “smokestack chasing” approach, which called for local government to entice employers to move to town and set up shop. Instead, they promoted local ownership of business and sought to minimize leakage from the local economy to amplify the multiplier effect of money spent within the economy.”