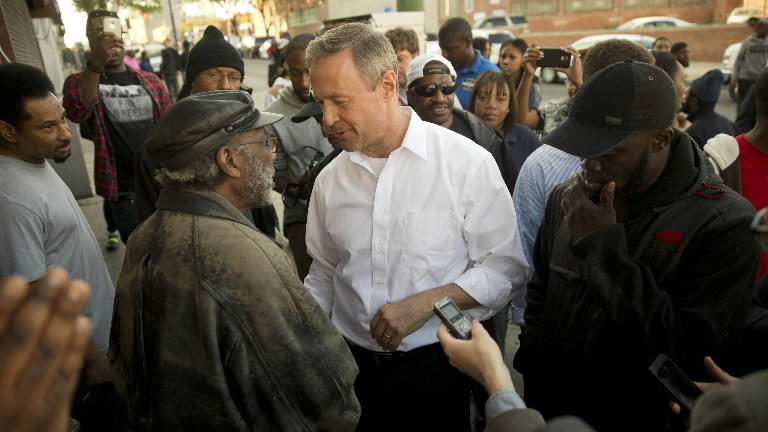 Martin O’Malley is in a tough spot. On one hand, he is far (faaaaar) behind Hillary Clinton. On the other hand, he doesn’t have the Progressive support (or revolutionary zeal) that Bernie Sanders has. And, worst of all, he is getting partial blame for the death of Baltimore’s Freddie Gray.

So much so that a group is planning to picket the location where O’Malley is expected to announce his White House Run.

“I’m doing it because O’Malley didn’t do nothing for Baltimore,” said Duane Davis of Baltimore Bloc, a group that was involved in protests following Gray’s death. “He created a prison system in Maryland. That’s his legacy.”

So, what is a Moderate, non-Establishment, candidate to do?Possibly make every voter read this glowing article from The Baltimore Sun that touts his candidacy over Clinton and Sanders?

Or, maybe, address an issue that will undoubtedly plague him for the rest of his campaign.