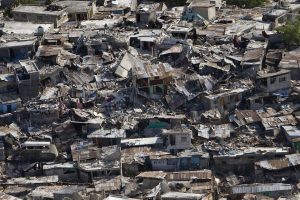 The rapid increase in Oklahoma’s seismic activity was very likely caused by humans— specifically the “injection/disposal of water associated with oil and gas production.”

The recent earthquakes that devastated Nepal highlight the need to find ways to avoid, or at least minimize, these catastrophes when humanly possible. One particular Oklahoma billionaire, engaged in the very activity that may be causing earthquakes in his own backyard, forcefully begs to disagree. And he’s been trying to use his seemingly unlimited resources to get his way.

Fossil fuel partisans in the Sooner State were rattled late last month when the Oklahoma Geological Survey (OGS) released a statement that the rapid increase in the state’s seismic activity was very likely caused by humans—specifically the “injection/disposal of water associated with oil and gas production.”

One billionaire oilman decided to take action—not about the message but about the messengers. Emails exposed by Bloomberg News reveal that Harold Hamm, the founder and CEO of Continental Resources, one of America’s ten biggest energy independents, asked the dean of the University of Oklahoma’s College of Earth and Energy to fire scientists involved with the OGS report, an official publication of the university.

“Mr. Hamm is very upset at some of the earthquake reporting to the point that he would like to see select OGS staff dismissed,” Dean Larry Grillot wrote to a couple of colleagues. 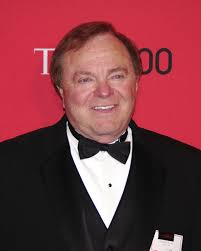 Billionaire Harold Hamm called for the dismissal of university scientists who had the audacity to claim that human activity was to blame for increased seismic activity in the state.

To the university’s credit, none of the scientists were dismissed. One possible reason is that the findings of OGS were simply too unambiguous.

However, the episode is symptomatic of how science is often treated by the rich and powerful. If research goes counter to what benefits them, they either threaten to close purse strings or take even more drastic steps.

In this case, Hamm, who gives a significant amount of money to the university, apparently felt entitled to demand that some scientists be dismissed because their findings did not align with his business interests. The oil tycoon also lobbied to be part of the search committee that would select the new OGS director, saying that he feels strongly that such a panel should “include a representative from the oil and gas industry.”

While Hamm’s effort seems to have come up short, there is no shortage of billionaires who give lots of money to universities and other research institutions that investigate issues of even larger import than the impact of oil production methods on earthquakes in Oklahoma.

How many of them attach strings to their donations in an attempt to alter the outcome of scientific inquiry?

The undisputed masters of bending science in this way are congressional Republicans, who are currently trying to gut NASA earth science programs. These are the same programs that employ scientists who have concluded that climate change is real and manmade—conclusions that  do not sit well with some of the largest GOP donors.

American universities and research facilities are still the envy of  the world, and government-funded science has helped the US retain a top spot in many areas. However, a sustained attempt to stifle science by politicians and billionaires like Hamm, could jeopardize that position in the near future—and worse.

There are 42 comments Our Comment Policy: Keep it civilized, keep it relevant, keep it clear, keep it short. Please do not post links or promotional material. We reserve the right to edit and to delete comments where necessary.