Moscow State University, one of Russia’s most prestigious institutions, failed to rank among the top 400 international universities in the last academic year. Image via Tiktravel.

Russia’s economy has taken a beating lately; the ruble is shaky, Western sanctions are taking a toll, and Putin is, well, he’s Putin. In spite of, or perhaps due to, all this, the country’s Ministry of Education is carrying out a federal plan to close hundreds of universities by the end of next year.

Schools facing the axe are mostly private institutions that the Ministry claims are flailing pseudo-schools that offer no education, keeping Russia from being a competitor in higher education. But some suspect that this may be little more than an attempt to stamp out independent thought—in a country so famed for censorship that the idea of a free press has become an actual joke.

Whatever the truth, developments like this in a country now engaged in a quasi–Cold War with the West bear close scrutiny.

Russia’s avowed goal for this process is to be a real competitor in the field of higher education and attract an international staff and student body. Not so long ago, the country would have expected to see its schools peppered throughout any regarded compilation of top universities—especially graduate schools focused on the hard sciences. This is the country that beat the US in the Space Race after all; that has produced 27 Nobel Laureates, most of them in either physics or chemistry.

In reality, the top of these lists are comprised, almost exclusively, of universities in the United States, the United Kingdom and Western Europe. Even non-Western schools that make it into the top 100, like The University of Hong Kong, are well-known for only hiring teaching staff with masters and PhDs obtained at Western universities.

The Ministry’s plan is set to conclude in 2020. Besides the outright closing of about 40% of Russia’s universities, the goal is a thorough-going reform of Russia’s higher-education system, with funds reallocated and consolidated toward better-performing schools. What’s envisioned is a national university hierarchy, following the model of successful Western-style institutions.

Some Western observers are skeptical about the plan. Mark Leiderman, a professor of Russian Studies at the University of Colorado Boulder, who was born and completed undergraduate studies in Russia, noted that many universities, private and public, “are famous for their non-education.”

“The state of things is such that with the exception of a few well-funded universities, the majority of solid institutions are in a dire financial state,” Leiderman told WhoWhatWhy. “Professors’ salaries are ridiculously low.”

Leiderman put the monthly salary of a university docent in Russia at about 12,000 rubles or $230, while the average monthly rent for a one-bedroom apartment in a large city center hovers around $570. Compare that to an average yearly salary exceeding $50,000 for college instructors in the US and it seems that the problems these institutions have may well run deeper than the Ministry wants to admit.

A number of the schools facing closure are nothing more than “certificate printing factories,” according to Andrey Shcherbenok, a professor of Educational Development at the Moscow School of Management who is involved with the Ministry, the rise of which he blames partly on a massive post-Soviet Union expansion of higher education.

Such a dramatic increase in college education sounds like something to be lauded, but according to Shcherbenok, the sudden demand for and freedom from Soviet rule gave way to lax government approval procedures for new and/or altered programs. As a result, many under-qualified students were admitted to schools simply because the universities had a financial interest in doing so.

“Before the mid-2000s, about 100% of the universities received government accreditation, but the mystery is how that happened,” Shcherbenok said. “People would accredit programs where there was no educational process at all. There are colleges now where there is not even a place, maybe one room inside a village library that calls itself a college and issues diplomas.”

Russia’s attempt to throw money at the nation’s educational problem did little to improve quality.

“People digested the money, but they didn’t work better,” Shcherbenok said. “So what they decided in the Ministry is that you cannot simply give more money to the school and expect it to improve. What you need is to set the framework that will actually make them change.” 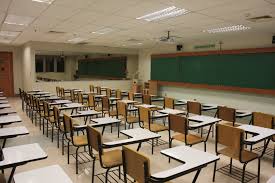 A major part of the needed framework is the radical idea that a physical school actually exists.

Part of this framework is an initial evaluation process that the Ministry began in March of this year, in order to “clear the mess,” as Shcherbenok put it. Among the criteria is the requirement for a physical school address and 3 meters (9.8 feet) of space per enrolled student.

Another part of the Ministry’s framework will be the shuttering of many small university branches, leaving the resources to be reabsorbed by their larger parent schools. According to data from the Ministry, Russia is currently home to 486 private universities with over 600 branches, and 593 state universities with more than 1,000 branches. All together, the schools serve a student body that exceeds 7 million.

Leiderman said that the current teaching load for an average Russian professor is “absurdly high” and that “all universities, without exceptions, are overwhelmed by the endless production of tons (literally) of bureaucratic documentation, various UPKs, plans, prospects, etc., etc., all done to produce the effect of ‘reforming.’”

While Shcherbenok admitted that professors at Russian universities are overburdened and underpaid, he said one of the biggest problems facing the institutions is actually the teaching staff.

He claims that the average Russian professor is over 60 years old, meaning they likely stuck around through the peak and ultimate fall of the Soviet Union and, as Shcherbenok sees it, they are “extremely conservative” and “resistant to innovation,” traits that are compounded over teaching generations, as professors tend to hire only their own graduates.

“They stay in the same place,” Shcherbenok said, “and this place is already not functioning very well and in a system where all the best people leave and good people from other places never come. So, a lot of the universities are really in shambles.”

Despite the difficulties of moving an entrenched bureaucracy, it’s clear that Russia’s educational system is in serious need of reform. While Shcherbenok insists that the Ministry officials “are absolutely Western-minded people,“ up to the Education Minister Dmitry Livanov, the fear remains that this is simply a ruse to bring under government control institutions that may be critical of Putin’s de facto authoritarian regime.

“It is hard for me to believe it’s not yet another attempt to bring spaces of dissent and independent thought to heel by reducing the private academic realm and putting the remaining universities on notice, as it were,” Val Vinokur, a Moscow-born professor of literary studies at The New School, told WhoWhatWhy.

Leiderman agreed, saying that the current state of “growing political pressure” in Russia could easily transform these university closures into a classic example of the government exerting its power.

Time alone will tell whether the Ministry’s program devolves into an academic witch hunt—or re-makes Russian higher education into a newly desirable option for young postdoctoral researchers looking to make a name for themselves.