Why We Fight With the Pen - WhoWhatWhy
Reading Time: 6 minutes 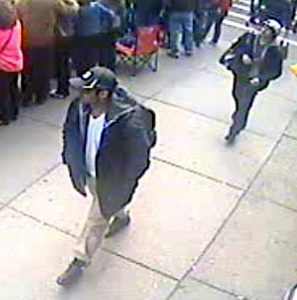 Why were the Tsarnaev brothers in this surveillance video?

If you are new to our site, you may well be curious about our fascination with the Boston Marathon Bombing case. After all, the government said that the defendant did it, and his own defense team said he did it. So what more is there to add?

For one thing, just because the government or any institution tells us something doesn’t make it true. Or fully true. There may be much more to the story… and it certainly looks that way here.

For another, just because the people representing a defendant decide to admit guilt does not in itself necessarily mean that the defendant is guilty. Even if a defendant personally declares his or her guilt—which has not yet happened in this case—it does not necessarily prove culpability.

Why? Because defendants confess to all kinds of things for all kinds of reasons. Historically, we’ve seen loads of cases involving coerced confessions, false confessions based on pressure to protect a family or others, or on a calculated defense team strategy. One kind of confusion or another has revealed thousands of open-and-shut cases to be nothing of the sort. And many “confessed” criminals have later been cleared.

So good journalism and good justice demand some distance from the group-think that guides the majority in any of these emotionally-charged situations.

But that’s not all. Regardless of the guilt of the defendant, there may be much more to be learned. What if Dzhokhar Tsarnaev was involved in something that neither he nor his brother actually instigated? What if they had gotten caught up in something even more insidious? Wouldn’t we want to know, need to know?

Strangely, this is where “respect for the victims” is usually cited as the reason why we shouldn’t question law enforcement’s claims, or why we shouldn’t be trying to dig deeper into things. But don’t the victims deserve something beyond a binary guilt-versus-innocence answer—to find out exactly how things led to their loved ones dying or having their limbs blown off? And, not incidentally, to possibly prevent another tragedy down the line?

The emotional appeal to “respect the victims” not only shuts down deeper inquiry; it gives the government a free pass to write the script any way it sees fit—no matter how self-serving.

It is doubly dangerous for a society when the state suppresses a deeper inquiry and the media happily complies.

The Boston Globe editorial board recently informed us that the trial of Tsarnaev has been a “success” that “helped restore some global respect for American justice.” The trial filled us in with “important new details of the bombing,” such as “where they got the gun used to kill MIT police officer Sean Collier.”

Putting aside the fact that there were, in fact, very few truly new revelations in the trial, including “where they got the gun” (that had already been leaked by law enforcement and widely disseminated by the media), should we really be calling a one-sided trial with almost no cross-examination of the prosecution’s case, a success? Successful prosecution, maybe, but woefully inadequate for getting at the whole truth. In one of many such examples, the judge disallowed a question as to whether Dzhokhar Tsarnaev was even armed when officers pumped more than 100 bullets into the boat where he was hiding.

In this particular case, we’ve found dozens, scores, maybe even hundreds of things that don’t line up, don’t add up. Taken together, they suggest that the full or correct story is not coming out. Especially given the fact that the defendant has yet to speak publicly, even indirectly, to tell his own story of what happened and how he came to be involved in such a monstrous plot. Also telling is that he has essentially been muzzled. Though the government was quick to label this case yet another matter of “lone wolf” terrorism with no connections to global terror, it contradicted itself by applying a Special Administrative Measure that kept Tsarnaev in solitary confinement and prevented any kind of media contact with him. Those are not the things you do when someone is a lone wolf. They are the kinds of things you do when you do not want him to speak—or to be heard—on subjects that might be embarrassing to the government.

In the end, he was given court-appointed counsel that at least one relative claims he didn’t want. His defense team admitted guilt for him; in the so-called “guilt phase” of the trial (as opposed to the sentencing phase) they put up almost no defense of any kind. Indeed, they failed to raise questions about the glaring holes in the case we’ve noted over the past couple years—though they are well aware of them. They never even tried to explain why he did what he is alleged to have done. They never dug, they never exposed and they almost never cross-examined, despite ample opportunities to do so. All this passivity was attributed to their laser focus on getting him off the death penalty. And instead of questioning this “strategy” the media horde covering the trial served as little more than stenographers and sensation-mongers.

Almost nothing we have been told about Dzhokhar Tsarnaev makes sense. Not his failing to act like a Jihadist before or after exploding the bombings, making no public statement for his cause, or seeking to be a martyr. Not his supposedly going to buy milk directly from the site of the bombings. Nor his returning moments later to the store, again ensuring he would be caught on the store’s camera, to return the milk. Nor his going back to his college dorm, working out with his friends, attending class and partying with classmates. Then just staying on in town until he and his brother were marked men. None of this is typical terrorist behavior. 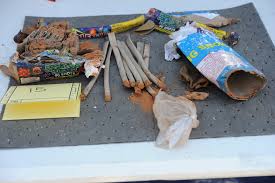 Is it likely that these were the contents of a backpack belonging to a pot-smoking, popular party boy?

In a similar vein, it doesn’t make sense that the FBI ignored all of the signs of his elder brother Tamerlan’s growing radicalism, and then after receiving warnings from Russian intelligence and visiting with Tamerlan apparently failed to keep an eye on him when he traveled back to Russia, and when he returned. This is especially peculiar since some of Tamerlan’s behavior seemed actually designed to attract attention, as if he were playing a role. Please see our earlier story exploring this credible possibility.

This is either grounds for indicting the Bureau for incompetence, or it is an indication that these brothers were, like thousands of others, caught up in some web of provocation, either as plot infiltrators or informants. Whatever it is, thanks to the defense team’s strategy, we may never know. Complicit in this missed opportunity is the disgraceful performance of the media. And that means virtually all of the media, from “right” to “left,” from “traditional” to the edgiest new brands.

The marathon bombing case has given the super-profitable homeland security complex another blank check, justified the government’s ever-increasing surveillance and control of the populace, and in myriad ways further eroded our diminishing freedom. There will be more eavesdropping, more cameras, more putting people in solitary confinement without cause; more justification for almost any action the state wishes to take. We may have just gotten a whiff of where things are headed when during the Boston manhunt the government took the extraordinary step of shutting down a major American city, ordering everyone to stay in their homes—without a peep of protest.

Good journalism is a necessary bulwark of good justice. A free citizenry will demand both—because, as the Constitution reminds us, there is no better defense against tyranny.

25 responses to “Why We Fight With the Pen”