Murder or Suicide: The Deep Politics of A Death in Argentina - WhoWhatWhy
Reading Time: 6 minutes

A woman holds up a picture of Alberto Nisman at a rally.

The death of Argentinian prosecutor Alberto Nisman couldn’t be more like the opening scenes of a Hollywood thriller.

A man investigating a horrific terrorist attack dies under suspicious circumstances, the day before he’s supposed to give damning testimony to the nation’s legislature about a cover-up reaching all the way to the top. A gun is found next to him, and his usual security detail just happened to be off that night. Investigators find a draft arrest warrant for the president at the scene.

In fact, were it a movie, critics would be screaming about the plot holes, the almost hackneyed characters and the surfeit of red herrings.

Yet the real-world case has drawn in the president of Argentina and unearthed layers of deep politics stretching from Buenos Aires to Tehran. It has also given birth to a fast-growing thorn bush of assertions, retractions, accusations, apparent disappearances and global political intrigues.

The story started with curious timing. Less than 24 hours before Nisman was scheduled to give his explosive testimony to an investigatory subcommittee of the Argentine Congress, he was found with a fatal gunshot wound to his right temple. His body was in the bathroom of his locked 13th floor apartment in Argentina’s capital city of Buenos Aires. At his side were a Bersa .22 caliber handgun and a single shell casing. It was January 18.

From Suicide to Murder

Looks like suicide, right? The lead investigator in the case, Viviana Fein, initially said so. And so did Argentine President Cristina Fernandez de Kirchner.

Suddenly, both the president and the lead investigator reversed course and declared Nisman’s death a case of murder. In an extraordinary letter posted on her official website on January 22, President Fernandez called Nisman the victim of rogue spies who used him to discredit her government. Fein also reversed her position.

Even more curiously, Fein said that investigators had indeed found a draft arrest warrant for the president and her foreign minister among Nisman’s papers. She initially denied it existed. Clarin, a newspaper that has often criticized Fernandez’ government, first reported that it had been found in Nisman’s files.

Why is that important? In chief, because the whodunit in this case has the potential to shift the balance of Argentine power at the topmost levels. Further, the geopolitical actors involved have competing interests, which must be factored into any analysis of what is presented as a fact.

So with the stakes as high as they can get, control of the narrative is crucial.

Argentines are riveted by the case, and many are entirely skeptical of the suicide explanation. Three out of four people surveyed thought that Nisman had been murdered—presumably to prevent him from exposing the government’s failure to identify the terrorists who carried out a horrific bombing in Buenos Aires two decades ago.

Before his death, Nisman had spent more than a decade investigating the July 1994 bombing of the Asociación Mutual Israelita Argentina (the Argentine-Israeli Mutual Association), known as AMIA.  The bombing, the worst act of terrorism in Argentina’s history, killed 85 and injured hundreds more.

What drew Nisman’s prosecutorial attention was the suspiciously laggard response of government officials, who seemed more interested in burying the facts than bringing the perpetrators to justice.

In a 280-page legal complaint, Nisman accused President Fernández, and members of her cabinet and staff of covering up the truth about the AMIA bombing. Some observers have questioned whether the complaint itself is legally sound.

The truth, Nisman claimed, was that Iranian-directed terrorists had blown up the Jewish center in retaliation for Argentina’s 1994 decision to cancel a nuclear-technology sharing agreement with Iran.

So why would any Argentine government try to hide Iran’s involvement in the Buenos Aires bombing? Because, Nisman charged, President Kirchner was more interested in concluding a “secret deal” with Tehran to exchange Argentinian grain and beef for cheap oil from Iran.

The 51-year old Nisman was well aware that pursuing a case against officials of his own country’s government was putting himself at risk. None of the 10 armed guards he had been assigned were at his apartment the night he was found dead.

Only a few days before, Nisman had told journalist Natasha Niebieskikwiat of Clarin: “Yo puedo salir muerto de ésto.” (I might wind up dead from this.)

He had borrowed a gun from an assistant after being warned that he was in danger. The warning came from the former chief of operations of Argentina’s Intelligence Secretariat, Antonio Stiusso. The prosecutor and the spy worked together closely on the bombing probe. President Fernandez recently fired Stiusso, long considered one of Argentina’s most powerful and feared figures because of his extensive files on the country’s political players.

As theories and counter-theories about Nisman’s death multiplied, the president withdrew her original support of the suicide finding. One fact casting doubt on the suicide theory was the investigators’ failure to find powder residue on his hand—although some experts contended this might be explained by the small caliber of the gun.

President Fernandez suggested that Nisman was a victim of rogue intelligence agents, who had fed him false information to throw suspicion on her government and then killed him to ensure his silence.

Although she did not name the mastermind behind this alleged conspiracy, her aides subsequently implied it was Stiusso, once the president’s close ally and now her political enemy. But no charges have been filed against him. 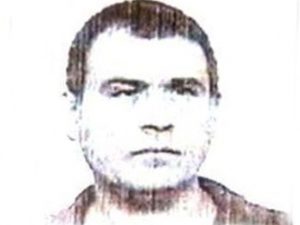 Even if the government wanted to question him, they would have to find him first. He has apparently fled the country, and his whereabouts are unknown.

Meanwhile, the president has announced plans to reform the Intelligence Secretariat, an organization whose origins go back to 1946. Then-dictator Juan Peron created it and recruited former officials from Nazi Germany to serve his government.

While Argentina remains gripped by the question of who killed Prosecutor Alberto Nisman, the larger international issues at stake have only begun to surface.

To unpack them, it’s necessary to ask the key question:  Cui bono? Who benefits? Whose interests are served by the death of Prosecutor Alberto Nisman? Right now, it’s hard to say but here’s a by-no-means-complete list of possibilities:

The President and Her Allies: If Fernández and her government have in fact been pursuing a shady deal with Iran, trading justice for oil, they would certainly benefit from Nisman’s silence. But as the events of last week have shown, the blowback from such a high-profile assassination was bound to be fierce. It’s hard to understand why they would risk it, especially when independent analysts believe that Nisman’s accusations are unlikely to lead to legal action against the government.

The  President’s Enemies: Those could include members of the opposition, as well as the missing spy, Stiusso. It is possible that he and his allies in the intelligence service are looking for revenge after his firing by the president.

Iran: Another possible beneficiary is Iran. At a time when the Iranians are trying to normalize relations with the West in an attempt to get economic sanctions lifted, they would not want new attention focused on a terrorist act allegedly carried out by operatives under Iranian direction. But by the same token, would the supposedly “moderate” government in Tehran risk exposure in the killing of a law-enforcement official in a supposedly “friendly” country?

The United States: According to leaked diplomatic cables, Nisman had been influenced to restrict his attention to Iran, despite some who believed there were better suspects available. Certainly, the shift of Fernandez’ government away from the West and toward allies Iran was not lost on Washington. Perhaps, as Santiago O’Donnell, the foreign editor of Argentina’s Página/12, told WhoWhatWhy, Nisman’s charges were less than persuasive. If this were the case, the collapse of his case could undercut the U.S. position on Iran.

Israel: Israel has been none-too-pleased that the perpetrators of the attack have gone unpunished for so long. Further aggravating the situation was Fernandez’ announcement in 2013 that she would establish a joint truth commission with Iran. Another theory is that Nisman is a victim of a tit-for-tat assassination feud between the Israeli and Iranian intelligence services.

Syria: Nisman had once planned to arrest former Argentine President Carlos Menem, who was born to Syrian immigrants and had ties to former Syrian President Hafez Al-Assad. Assad gave him financial support, but cut it off when Argentina joined the U.S. in 1991’s Operation Desert Storm in Iraq. The next year, Israel’s embassy in Argentina was attacked, and two years later, AMIA was bombed. In one leaked 2008 U.S. diplomatic cable, Nisman expressed his intent to arrest Menem for covering up the “local connection” to the AMIA blast.

One thing is clear: the truth about Alberto Nisman’s death remains as unsure as the truth about the 1994 bombing he investigated for so long. Argentine political scientist Nicolás Teruschuk put it this way: “In order to make sense of shocking situations, the first thing that must be done is to put all the pieces of the puzzle on the table.”

Before the story of Nisman’s death can be untangled, it may prove necessary to keep adding leaves to that table.

15 responses to “Murder or Suicide: The Deep Politics of A Death in Argentina”