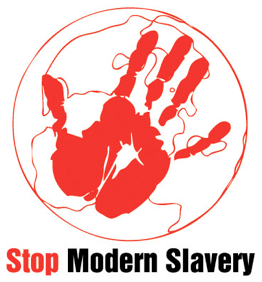 They say that ignorance is bliss and never has that been truer than in the case of modern consumer products. It seems like the more we know about the things we buy, the more we want to punch ourselves right square in the jaw. Diamonds are an obvious example, especially their “blood” variety i.e. those gems which are mined in war zones and help finance ethnic genocide in Africa.

The (relatively) good news is that at least today we’re more or less aware of that particular problem and can adjust our jewelry purchases accordingly. The bad news is that there are many more “blood” items out there which contribute to hundreds—maybe even thousands—of deaths each year and most of us are probably guilty of buying them, including… 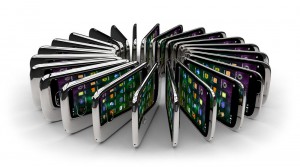 Smartphones have come a long way in the last couple of years, thoroughly dominating the portable media device market, killing all of their competitors and making techno-slaves of us all… What I’m trying to say is that Smartphones are responsible for the continued slavery and oppression in the Congo.

Smartphones are complex products, requiring the use of rare minerals like columbite-tantalite, cassiterite or wolframite and not, as Apple would have you believe, black turtlenecks. The problem is, those minerals are found primarily in remote areas of Central Africa where armed militia groups force the local population—children included—into slavery to dig for the precious metals, the demand for which has never been higher because, come on, life without a Smartphone? That’s just crazy talk.

Fortunately, as of August 2012 a plan has been in the works to create an auditing system that would help to identify conflict-free minerals, thus bringing the end to the “blood phone.” This does not change the current situation of the consumer electronics market because there is still no possible way to determine whether your portable Angry Birds techno-gizmo of choice was built with the “help” of an Angry Militant pointing an AK-47 at a terrified Congolese child. 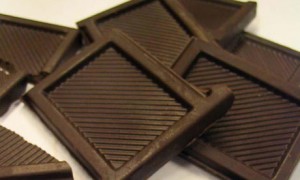 Chocolate is a popular comfort food for people around the world, with the possible exception of the Ivory Coast, the leading producer of cocoa beans on the planet. Why is that? Because growing a single crop of cocoa trees requires up to 5 years of backbreaking manual labor in 100-degree weather, making chocolate the farthest thing from “comfort” for the workers of the Ivory Coast plantations… many of whom include child slaves.

Like coffee plants, cocoa trees can only be grown in a limit “belt” around the Earth which unfortunately includes many regions where slave labor runs (for lack of a better word) free. It’s the primary reason why chocolate is constantly kept at such low prices year after year, not to mention why unsourced café mocha is technically the most evil drink in the history of ever.

Thankfully, there is a Fair Trade rating system in place right now that can tell you which brand of chocolate to buy if you want to remain a conscious consumer. Unless you had, like, a crazy day at work and just really need to relax for a minute. In that case it’s totally OK to eat your slave chocolate, obviously. 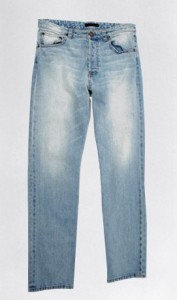 New jeans with a prefabricated worn-out look have been a staple of the mainstream fashion scene for more than 20 years now but did you ever wonder how they are made? Here’s a hint: they do not distribute them to orphans to wear them down over time.

The most popular way to fade out a new cut of denim is to blast it with sand from a compressor, which is the method of choice for most garment factories in Bangladesh and other Asian countries. And that’s actually a big problem because workers who breathe in the sand particles put themselves at risk of getting silicosis, a potentially fatal disease.

Silicosis occurs when a person inhales silica (sand) dust, which then embeds itself within the lungs. At its mildest, silicosis causes shortness of breath, fatigue and pain in the eyes. But it can easily become fatal in its acute form.

Currently, large denim companies like Levi Strauss have instituted a ban on sandblasting jeans but it’s nearly impossible to enforce because almost no clothing company actually owns the factories their garments are made in.

The only realistic solution seems to be to abandon factory-faded jeans and instead buy genuinely used clothing from thrift stores because, crazy as it may sound, there are no plans in sight to create some sort of Fair Trade rating system for pants.