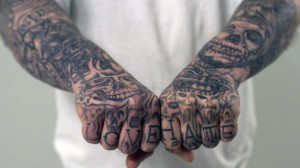 Getting tough isn’t all it’s cracked up to be

Is the purpose of prison to make people as miserable as possible, or to ensure that if and when they get out, they don’t commit a crime again? It turns out that the two objectives may be in conflict.

A new study from the University of Chicago and Yale shows that harsh prison conditions often don’t improve post-release behavior, and actually may worsen it. In other words, when you subject inmates to higher-security imprisonment with grimmer conditions and surround them with more-hardened criminals, you may be making them prime candidates for recidivism, or backsliding to a life of crime, after they serve their time.

With over two million inmates currently incarcerated and six hundred thousand inmates released per year, the demographic impact of American prisons can hardly be overstated. In this paper we have attempted to understand the impact of incarceration on inmates’ subsequent criminal behavior.

By exploiting discontinuities in the assignment of inmates to different security levels, we attempt to isolate the causal impact of prison conditions on recidivism. Our findings suggest that harsher prison conditions do not reduce post-release criminal behavior, and may even increase it.

Turning to policy questions, while our estimates are imprecise, they are large in magnitude and appear larger than benchmark estimates of deterrence effects. Our results also highlight the potential importance of research aimed at determining which aspects of incarceration increase or reduce recidivism. A richer understanding of the ways inmates respond to both harsher prison conditions and exposure to more violent peers would likely allow policymakers to suppress socially costly recidivism by adjusting conditions and redesigning assignment systems, both between and within prisons.

Let’s backtrack to some of the report’s earlier language:

We find no evidence that harsher confinement conditions reduce recidivism. If anything, our estimates suggest that moving an inmate over a cutoff that increases his assigned security level from minimum to above-minimum security tends to increase his likelihood of rearrest following release.

Although small sample sizes mean that our estimates are not uniformly statistically significant, they are nevertheless difficult to reconcile with models of “specific deterrence,” and seem more consistent with models of social interactions or psychological effects of incarceration….

…Our finding that harsher imprisonment conditions do not reduce recidivism stands in contrast to prior evidence of a specific deterrence effect (Sherman and Berk, 1984), in which punishing a criminal more severely reduces that individual’s subsequent probability of recidivism.

…the composition of a prisoner’s fellow inmates varies dramatically with the prisoner’s security level, and is therefore likely to form part of the effect of security level on post-release recidivism.

What they’re saying is, if you treat people like animals, and surround them with unspeakable atrocity and terror on a daily basis, they don’t come out very nice people. This is no less true of those who go in with serious attitude and behavior problems.

Reading this, one can’t help but wonder: Are studies like this, by serious researchers, always ignored, or do people ever pay attention and actually change their minds? What about candidates—and talk show hosts—who prove their mettle by talking as tough as possible? Will they admit that their stance may be wrong?

Answer: don’t bet on it. Cynicism plays too big a role in professional advancement in our society. Even if they know that a more nuanced approach may be more effective, opinion leaders are rarely rewarded for going that route. Dirty Harry and The Terminator are perennial favorites,  even if they’re fiction.