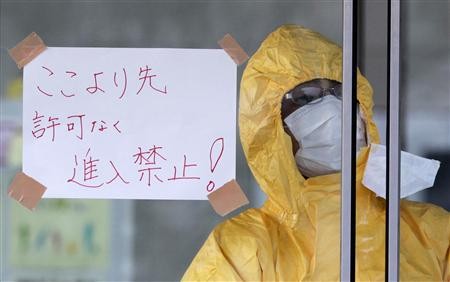 Does this say “America, pay attention?”

Great to have the country’s leader boldly pledge to “start from scratch” in creating a new energy policy.

As reported by the New York Times,

…Tuesday’s decision will abandon a plan that the Kan government released last year to build 14 more nuclear reactors by 2030 and increase the share of nuclear power in Japan’s electricity supply to 50 percent. Japan currently has 54 reactors that before the earthquake produced 30 percent of its electricity.

The cancellation of the planned nuclear plants is the second time that Mr. Kan has suddenly announced big changes in Japanese nuclear policy without the usual endless committee meetings and media leaks that characterize the country’s consensus-driven decision making. Mr. Kan appears to be seeking a stronger leadership role after criticism of his government’s sometimes slow and indecisive handling of the Fukushima accident.

Last week, Mr. Kan asked a utility company to suspend operations at the Hamaoka nuclear plant, which sits atop an active earthquake fault line, about 120 miles southwest of Tokyo. After three days of delays, the company, Chubu Electric Power, finally agreed on Monday to shut down the plant until a new wave wall was built and other measures could be taken to strengthen it against earthquakes and tsunamis.

Mr. Kan said Japan would retain nuclear and fossil fuels as energy sources, but vowed to add two new pillars to Japan’s energy policy: renewable energy and conservation. While Japan has been a global leader in energy conservation, it lags behind the United States and Europe in adopting solar and wind power, and other new energy sources.

“We need to start from scratch,” Mr. Kan told reporters. “We need to make nuclear energy safer and do more to promote renewable energy.”

What’s striking here is that the Japanese are taking this responsible action even though (or perhaps because) they are desperate for ways of generating energy. Unlike the US, Japan has very few natural resources, and is hugely dependent on imports and self-generated sources, principally nuclear.

Also striking is that the Japanese have already been remarkably responsible in so many ways. The waste and consumption of the typical Japanese person is much smaller than an American in almost every category.

Mr. Kan had also previously called for Japan to sell its nuclear technology to emerging nations as a new source of export income. However, the Fukushima accident has prompted a global rethinking of nuclear energy and may drive customers away from Japanese suppliers to rivals in places like South Korea.

Mr. Kan also appeared to pull back from his earlier vows to remain committed to nuclear power. His apparent about-face may be driven partly by public opinion, which has soured on nuclear power since the Fukushima accident….

The point here is that Japan is worth looking at because it is a much more advanced model of where we all may be before too long. Japan is finding out that importing fossil fuels is not the way to go, and neither is nuclear. Conservation they’re pretty good at, and it’s still not enough.

Not long ago, we reprinted here an article based on an intriguing study aimed at achieving 100 percent renewable energy.  As expected, some folks were off the blocks with criticism of why this couldn’t be done. But most readers reacted with genuine excitement at the idea of at least making a concerted effort to do something along these lines. And a new study from the UN says that at least 80 percent renewable energy is a viable prospect.

The real problem is a lack of political will and guts. Maybe our leaders can learn something from the Japanese.

As for the average American, we have to do a lot better in educating (or shaming) our fellow citizens when it comes to reckless lifestyles. Anyone who has traveled a bit around this country knows (and anyone who has traveled elsewhere is struck by the contrast) just how childishly extravagant we can be. We’re about the biggest litterers anywhere. We just have to have the latest and biggest monstrosities, from vehicles to flat screens. Everything has to be triple-packed, and 40 napkins, please. Leave the tv on all day to keep the house company. Maintenance of acres of green lawn. On and on.

The United States is #1 in the amount of municipal waste per capita. Japan is #21. Japanese generate 400 kilos of waste per person; Americans, 720.

Maybe a delegation of (slightly irradiated) Japanese, like gentle aliens in some Spielberg movie, can arrive on our shores to point us to a more thoughtful and harmonious way of getting along with Mother Earth.