This Just in: The Big Crooks Are in Jail! (er, in Egypt) - WhoWhatWhy
Reading Time: 3 minutes 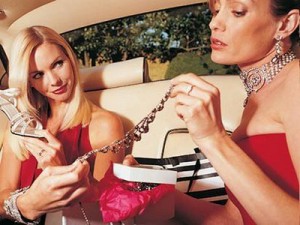 As I read this astonishing New York Times article about the once all-powerful leadership of Egypt in jail, I thought about the difference in systems between Egypt and the United States….

The prison is called Tora Farm, but there is nothing agricultural about it. It is a two-story block of poured concrete, and for years its massive gray walls have held those deemed enemies of the powerful.

Now they hold the full tableau of state power under President Hosni Mubarak: Gamal Mubarak, a prince of the political scene, now prisoner No. 23, and his older brother, Alaa, leader among the business elite, prisoner No. 24; the prime minister, Ahmed Nazif, a patrician man who once said Egyptians were not ready for democracy; Zakaria Azmi, the president’s closest confidant; Fathi Sorour, the party loyalist and speaker of Parliament; and more.

They make docile inmates, their captors say, still stunned to find themselves behind bars. They eat food brought from outside, the right of any detainee who has not been convicted. But Gamal appears badly shaken and often refuses to eat. He shares a cell with Alaa.

“Bear in mind they are very broken,” said a prison official who described the situation inside and spoke on the condition of anonymity because he was not authorized to speak to the media. “They do everything they are asked. They don’t raise their voices.”

The former president is not in Tora Farm, but he has been detained, and if his health improves, he is expected there soon. Officials said Saturday that the elder Mr. Mubarak had been moved to a military hospital in Cairo and that, like all the others, he would be interrogated by a special corruption unit within the state prosecutor’s office. In Tahrir Square, people crowded the newspaper seller, staring at the headlines declaring that on Tuesday Mr. Mubarak would be questioned again.

In the United States, there’s no way to jail any of the bigwigs—or even have them investigated. Because the system has been wired in such a way that they themselves write the laws, and hence declare that nothing they do is illegal. It is all about being able to accrue assets, then using those assets to control the system, including, most importantly, the leading propaganda organs. (Working journalists, unsurprisingly, have trouble conveying this stunning concept effectively—instead we have had to turn to super-blunt, brilliantly profane comedians like George Carlin.)

Meanwhile, back in another country, far, far away….

All over Cairo, Egyptians sat in coffee shops and cafes, they gathered on corners and in their homes, marveling at what not long ago seemed impossible. These detentions, perhaps as much as the day Mr. Mubarak resigned, have captivated the nation, given a sense of hope for the future. The men in custody represent the core of the power structure, not just the head.

With its leaders jailed, the once-supreme National Democratic Party has already been relegated to history, but Egypt’s Supreme Administrative Court made it official on Saturday, ruling that the party would be dissolved and its assets seized by the government.

That point rang true for the former presidential candidate Ayman Nour, once sentenced to five years in that same prison in a case that was widely seen as driven by a political vendetta.

….“The tables have not turned; the tables have been set right,” Mr. Nour said. “The thieves are inside the prison now, and the honest people are free.”

Why not put the New York Times, Twitter, Facebook and the like to work on the ways in which the United States and its economic and political systems embody the very same problems—in which a relatively small number enrich themselves at everyone else’s expense? Let’s not treat real democracy, freedom and justice as an exotic thing only to be applauded at a distance.